Training for strength and lifting to build a better body – they’re not as different as you may have been led to believe! I can’t count how many guys have told me that they don’t care about being strong and that they only want to get bigger and leaner. There’s also that age-old stereotype that bodybuilders are all “show” and no “go”. Nonsense!

Do the elite, cream-of-the-crop athletes in bodybuilding and strength sports need to train differently? Sure. But for the vast majority of lifters, training for athletic performance and training for physique enhancement are one and the same. Physique-focused trainees may need to put a little more effort into minutia like curls and calf raises, but the meat and potatoes training doesn’t really change.

If you still don’t buy it, just look at what most competitive bodybuilders do during the off season – the time when they’re trying to add new muscle mass. Most of them aren’t obsessing over fancy exercises and weird training splits. They’re getting stronger at the basics! Squats, deadlifts, presses and pulls – these are the same heavy lifts that powerlifters perform and that most athletes do to get stronger in their respective sport. 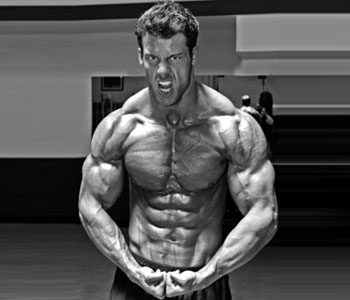 What about prepping for a bodybuilding contest, photo shoot or beach outing? Well, the primary goal in those scenarios is losing body fat – and we all know fat loss ultimately comes down to your diet. In fact, if you want to achieve that lean, muscular look you’ll see among top bodybuilders and even some powerlifters, the best thing you can do is to combine performance-based training with a clean diet! It’s only after you’ve built the vast majority of the muscle mass you’re ever going to build that you need to start worrying about bodybuilding-specific training techniques.

So, what should your training actually look like? If you’ve spent most of your training career doing body part-based split routines, you might be at a bit of a loss as to how else you should structure your routine. Included below are a few principles that will allow you to put together a solid split that will work whether you’re gaining mass or cutting body fat.

Focus on Movements Not Muscles
Gone are your chest days, back days and leg days – at least for now. If you’re training for strength and performance, you need to focus on the movements that are going to bring you the best results. For now, pick two from each of the following categories: 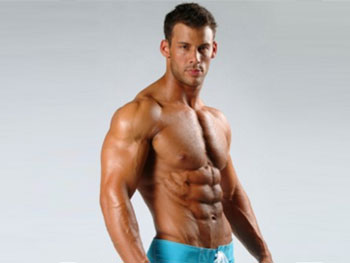 Organize for Performance
You’re no longer trying to annihilate a muscle every time you set foot in the gym – you’re trying to improve your performance with more weight, more reps, more sets or a combination of the three. Your training split should reflect that goal! If you put all of your presses on one day, for example, you’re only really going to be able to give the first one or two exercises a fair shake.

Instead, I find it’s usually best to split performance-based training into upper body and lower body days, with at least two of each type of category per week. That way, you can use each lower body day to focus on one variation each from the squat and deadlift categories and each upper body day to focus on one movement each from the two press categories. And, since the lats and upper back recover relatively quickly, I also like to put one back movement – either a pull-up or row – on each day. Here’s an example of a lower body day with this layout:

Progressive Overload
Planned, progressive overload is the key to truly maximizing your time in the gym. After years of training, I’ve realized maxing out and taking every set to failure is often times unnecessary!

You don’t need to put a fancy plan into practice to get stronger, though. Strength coaches and researchers have written volumes about programming and periodization and at some point in your training career, a complex system may be what you need. If you’re a beginner or intermediate lifter, however, a simple system should allow you to keep adding weight to the bar. 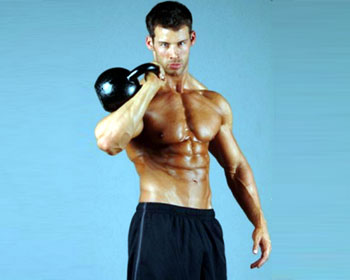 How do I do it? I’ve found that for squats, deadlifts and presses, progression is the most consistent when focusing on 3-5 sets of 5-6 reps at the same working weight. The weight should be challenging enough that you’re struggling to get those last one or two reps on your last couple of sets, but you shouldn’t be missing reps very often. Failed lifts don’t make you any bigger or stronger!

Once you’ve found your working weights, a good rule of thumb is to add 5 pounds per week for upper body exercises and 10 pounds per week for lower body movements. If you have access to fractional plates and want to make smaller jumps from week-to-week, more power to you! The key is to tangibly progress from one week to the next.

Two Steps Forward, One Step Back
5 pounds per week means you can add 250 pounds to your bench in a year, right? Sadly, progression never happens anywhere near that fast. Even with slow, planned progression, you’ll hit a wall within two or three months and getting your prescribed reps and sets will become next to impossible.

When this happens, do NOT start lowering your rep ranges, cutting out sets and failing reps! Instead, back the weights down to what they were a few weeks prior and do more reps, sets or both if your new strength levels allow. Work back up over the course of several weeks and your newfound strength should allow you to hit your prescribed reps and sets with the weights that were giving you trouble.

Does that seem like a slow process? If it does, just think about how much strength and muscle you’ve gained (or haven’t gained) with your current routine while grinding out max attempts week after week. Building a strong, muscular physique takes time no matter how you do it, but following an actual plan will at least allow you to make consistent progress. 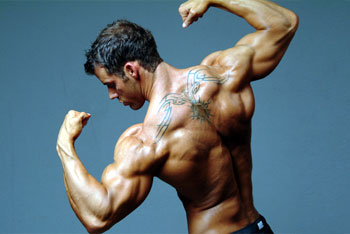 Think Long-Term
Speaking of consistency, the last point I want to hammer home is one that most athletes understand, but that’s sadly lost on most physique-focused trainees. If you want to build a significantly more muscular body than you’ve got right now, you need to start thinking in terms of years – not weeks and months!

That shouldn’t discourage you, though! If it does, just look at the bodybuilders and strength athletes who actually make the fastest progress. They’re not the ones piddling away, constantly changing their routines, never focusing on specific goals. In almost all cases, they’re the ones who understand the length of the whole process – but who ferociously attack each goal with a plan. If you want to avoid spinning your wheels and if you want to be able to look back at the next few months’ training with pride and satisfaction, follow their lead!

Justin Woltering is a top fitness expert who has appeared on TV and graced the cover of many national fitness magazines. He is a talented author and speaker who helps celebrities, athletes and thousands of clients transform their physiques.