You are at:Home»Diet and Nutrition»5 Reasons To Kick a Sugar Habit and Avoid Refined Sugars

So you consider yourself a pretty healthy person? You exercise regularly, you don’t smoke, you keep drinking to a minimum and you have cut down on fried foods. But have you tried kicking sugar to the curb? As you might have already found out, saying good-bye to that pesky carbohydrate is a difficult union to break.

Not only is sugar addictive, with users suffering from headaches, anxiety, depression and mood swings which is similar to the side effects smokers, caffeine addicts and narcotics users experience. But sugar lurks in so many unexpected places. Refined sugar can be found in almost all packaged and processed food at your local supermarket. It hides under the guise of sucrose, fructose, corn syrup, glucose, maltose and other pseudonyms.

Americans love the sweet taste of sugar. Unfortunately, most people who ingest it on a regular basis are addicted. With the United States facing an obesity epidemic, the consumption of refined sugar does not help. The average American eats about 175 pounds of sugar each year, compared to the 15-pound average of 1915. This over consumption has led to a number of different health problems which include:

1. Weight Gain.It’s no secret refined sugar leads us to pack on the pounds. Especially if eaten in large quantities, it will keep you from achieving that dream body you want. This is because it contains only empty calories – no fiber, no protein, no vitamins and no minerals. Nothing. Unlike water, which seems to have the same nutritional value, your body sees refined sugar as an invader and acts accordingly. 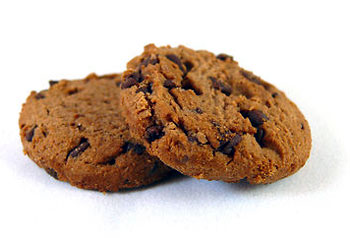 2. Mineral Depletion. When you eat refined sugar, your body takes nutrients from other cells to metabolize it because the sugar lacks the ability to do so on its own. Minerals like calcium, magnesium, sodium and potassium are taken from vital body parts to make use of the sugar you ingested. Over time, the vital body processes requiring those minerals run down and become less efficient.

3. Bone Loss.Your body particularly misses calcium as it is destroyed in your body’s fight against sugar. With a decreased amount of calcium being used toward vital body processes, bones become weak, increasing the chances of osteoporosis, breaks and fractures later in life. Calcium loss also leads to tooth decay, a major component of the $50 billion dentistry industry worldwide.

4. Diabetes.Large sugar intake leads to the onset of diabetes because sugar raises your body’s blood sugar levels quickly, causing the pancreas to release insulin. The constant consumption of sugar throughout the day forces the body to constantly work. Eventually, the pancreas wears out and cannot perform its normal duties.

5. Low Energy.Sugar consumption will leave you feeling run down. Eating sugar after a craving might give you the notorious “sugar high” but it does not last long. Soon you crash and feel even more tired than you did before the high, have less energy and are hungrier.

To wean yourself off refined sugar, take your time. Don’t think you will go from eating donuts and McDonald’s to oatmeal and steamed broccoli overnight. Instead, try to eliminate something from your diet once a week that contains refined sugar and replace it with something natural. For example, to keep energy that will last, eat a bowl of oatmeal instead of a Twinkie. As you are kicking your sugar habit, remember not to completely suppress your cravings. You can feed it, but keep the portions small and savory. 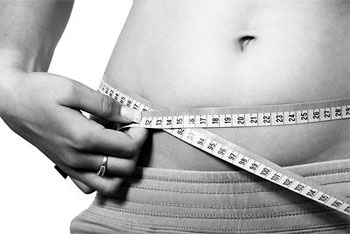 And let’s not forget the ultimate reason to kick the sugar habit – FAT! Yes, sugar makes you fatter. There are two main types of sugar, sucrose (table sugar) and fructose.

Sucrose (Table Sugar)
When you consume sucrose your blood sugar levels go up. In response, your pancreas releases insulin to try to bring your blood sugar levels back down to homeostasis. The problem is that the insulin is going to push that sugar (now known as glucose when it enters your body) into cells. It will first go to the liver cells, then the muscle, and everything else goes to the fat cells.

How much and how fast your muscles and liver cells can take varies from person to person, but if you are constantly consuming carbs all day long, which is the standard American Diet for breakfast, lunch, dinner, and in between snacks, then your blood sugar levels are high pretty much all day. This locks the fat cells from anything getting out and puts more in there which makes both your cells and your body fatter. It’s not pretty.

And if you don’t workout it basically all goes to the fat cells. Because the body isn’t stupid, it knows what you’ve been doing and what you’re going to do. If you haven’t worked out for months, it knows it doesn’t need to store any carbohydrates in your muscle cells for a future workout. I always say you need to “earn” your carbs. Just another reason why you need to make working out a part of your life. No excuses.

Fructose
Then there is fructose. Fructose is solely processed in the liver, so there is no insulin release. However, about 90% of it goes straight to the fat cells. All that stuff you’ve heard about high fructose corn syrup being worse than sugar, is true! 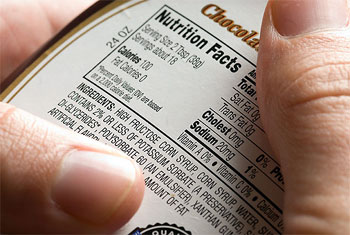 So you really need to read the ingredients and find out which foods fructose is in. Corn syrup, high fructose corn syrup, it doesn’t really matter, just try to avoid it. And it’s in things you would never expect. I bought a can of kidney beans and it was in there. Always read the ingredients because you never know what other kinds of food toxins they will throw in there.

Stick with nutrient dense whole foods that are found on the outer perimeter of the grocery store and you will do just fine. Avoid refined sugars like the ones discussed above since they are bad for your health, your body, your mind, and looking better naked!

Jason Yun is a graduate of Ohio State University, where he earned a Bachelors of Science degree in Sports and Leisure Studies with an emphasis in fitness, coaching, and recreation. He first started in fitness in the bodybuilding arena in the early 1990's trying to follow in the footsteps of Arnold Schwarzenegger. See my profile page for more information!