You are at:Home»Diet and Nutrition»Alpha Lipoic Acid – ALA is a Powerful Antioxidant Supplement

Alpha lipoic acid is an enzyme found within the mitochondria which is the powerhouse of our cells that helps us create and regenerate energy. This powerful antioxidant can be further enhanced by other antioxidants like vitamin C and vitamin E.

When our systems are running efficiently, we can create enough alpha lipoic acid for our metabolic functions, but further supplementation allows this antioxidant to circulate in a free state. While in this unique state, alpha lipoic acid has the ability to function as both a water and fat soluble antioxidant. Most antioxidants can be effective in either one or the other (water or fat). Another very important role of alpha lipoic acid is it’s role in the production of glutathione, another powerful antioxidant produced by the body. 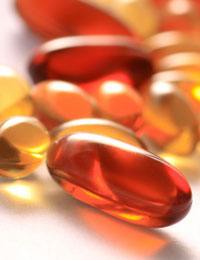 Alpha lipoic acid helps to break down sugar. By doing this, energy can be produced from the sugars through cellular respiration. Also, research has shown that alpha lipoic acid has an important role in antioxidant defense. It is a broad spectrum antioxidant that has the ability to quench a vast range of free radicals in both water and fat domains in the human body. It also has the ability to recycle other important antioxidants which include vitamin C and E, glutathione, coenzyme Q10, and also itself.

Some of the Many Benefits of Supplementing with Alpha Lipoic Acid are (ALA is best if taken with biotin, which is another great supplement):

In the Perricone Weight loss Diet, by Dr. Perricone, he names alpha lipoic acid as a “superstar supplement” in his weight loss program. He goes on to say that aside from it being a potent antioxidant, it is also a potent anti-inflammatory. He continues by praising this supplement to aid in enhancing our food metabolism.

This is just one of many doctors, scientists and nutritionists who rave about the ability of the enzyme to better our quality of life, help to alleviate or prevent some aliments and it’s ability to assist in weight loss. I have yet to read any research that has knocked this supplement or warned to not take it.

If your desire is to have a better quality of life, more energy, and possible weight loss (the natural way), then look into this supplement. It is amazing!