You are at:Home»Diet and Nutrition»Benefits of Coenzyme Q10 – Found in Every Cell in The Body

Your daily intake of nutrients will decide the energy producing abilities of your body. Apart from that, certain compounds that naturally exist in our bodies also help facilitate this. One such substance is coenzyme Q10, found primarily in all the cells of the energy-producing regions of the human body. Also referred to as Ubiquinone, this substance is also found in the systems of animals and plants. The most important function played by this substance, which is an essential part of the mitochondrial respiratory chain in the cell, is that of regulating genes in a manner in which it controls energy production, in the absence of which a range of bodily functions would be difficult to perform.

In general, a coenzyme is a substance that helps an enzyme perform its functions of increasing the rate at which several chemical reactions naturally occur in the body. With respect to this particular coenzyme, the human body is capable of synthesizing a little over half of the coenzyme Q10 requirement and the rest of this requirement is fulfilled through the nutrients one gains through one’s diet. For instance, foods such as fish, pork heart, beef heart, milk, red meat and green vegetables are common suppliers of the coenzyme Q10 to the body.

Benefits of coenzyme Q10
Coenzyme Q10 has a range of uses listed under it, starting from helping the body generate energy to playing an important role in the treatment of cancer and kidney failure since it is found in concentrated form in the tissues found in important organs such as the heart, kidney and liver. It is also useful in the strengthening of the immune system, increasing fertility, controlling high cholesterol levels, diabetes, resolving gum disorders, controlling high blood pressure, improving the condition of your skin and delaying the process of ageing and boosting performance in sports related activities.

A study involving 32 individuals who suffered from migraine headaches has established that a 4 week long treatment with coenzyme Q10 helps reduce the frequency of the migraine headaches and reflects a fall in the number of days when they experienced the attacks. Similarly, doses of 1,200 mg of coenzyme Q10 on a daily basis are also known to help lower the rate of growth of Parkinson’s disease. Sufferers of the Friedreich’s Ataxia who face problems of inability to move their limbs, slurring of the speech and deterioration of their mental state could seek help from prescribed doses of coenzyme Q10 as it helps in the effective functioning of the nerve cells and slows down the progression of the disorder. It also helps address and resolve the problem of neuromuscular diseases that result in abnormalities in multiple organs and arise out of damages caused to the mitochondria of the cell. 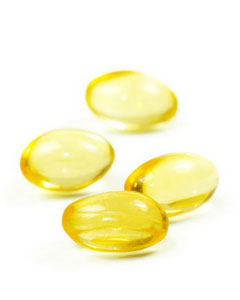 Those suffering from type 2 diabetes may benefit from opting for a 200 mg dosage of coenzyme Q10 on a regular basis as it helps improve the circulation of blood and the state of the blood vessel system in the body. It also effectively controls the levels of sugar in the blood. People suffering from chronic obstructive pulmonary diseases who experience inflammation, coughing, shortage of breathe and wheezing due to their exposure to toxins in the form of cigarette smoke, often find solace in increasing levels of coenzyme Q10 as it boosts the consumption of oxygen in the body by 13 percent.

Research and clinical trials done by the Nation Cancer Institute established the use of coenzyme Q10 as an alternative treatment to help control the growth of cancer. This could possibly be attributed to the compound’s ability to improve the immune system and its function as an antioxidant. Trials conducted in the case of breast cancer patients also pointed out that upon the use of coenzyme Q10, the patients used less number of medicines to curb pain, tended to lose less weight and lead a relatively better quality life during the course of the treatment. High dosage of coenzyme Q10 for a period of 3-4 months resulted in the cancer completely vanishing. It is also known to help reduce the impact of chemotherapy on patients suffering from cancer.

Coenzyme Q10 is also known to help resolve problems of the heart by increasing the production of energy in the muscles of the heart and improving the ability of the organ to pump more blood. Individuals from heavily industrialized societies often face the problem of neurodegenerative diseases that impact the retina and can potentially result in blindness. A combination of n-3 fatty acids, coenzyme Q10 and L-carnitine has known to improve the visual functions of people suffering from such problems. Due to its antioxidant properties, 200 mg of coenzyme Q10 on a daily basis also helped facilitate sperm motility among males who were suffering from infertility, as proven by studies. Though there is little proof to support claims, coenzyme Q10 may also help reduce the dependency on cocaine.

Does Coenzyme Q10 Have Any Side Effects?
Since the body produces coenzyme Q10, the likelihood of this compound having serious side effects is very unlikely. However, in certain instances, side effects such as sleeping disorders, increase in the levels of enzymes in the liver, nausea, occurrence of rashes, experiencing pain in the abdomen, dizziness, sensitivity to light, irritability, tiredness and suffering from heartburn are commonly experienced. Since coenzyme Q10 is known to reduce the levels of sugar in the blood and blood pressure, those suffering from diabetes should carefully monitor their intake of this compound.

How Safe is Coenzyme Q10?
Advice from a professional health care provider should be sought before taking coenzyme Q10 alongside other drugs. A regular dosage of coenzyme Q10 could be anything between 30 to 90 mg on a daily basis with the highest dose being 200 mg. Though it is often sold as a dietary supplement, the FDA does not approve of its use in cancer treatment. It is also not an established fact if coenzyme Q10 should be consumed externally by pregnant women and women who are breastfeeding newborns or children.

Keeping all of the above pointers in mind, it becomes easier for one to regulate the intake of this compound in ways in which it benefits the body and helps produce energy effectively to facilitate functioning of all the essential organs.