You are at:Home»Diet and Nutrition»Caffeine Facts – History and Side Effects of This Powerful Drug

I was about 13 years old when I had my first cup of coffee. At that time I was in a rebellious stage and trying new things. The act of drinking coffee was something adults did and I was ready to “grow up” and experience life-like a grown up! What I didn’t understand at that time was that caffeine was one of the most common drugs used around the world by millions of people every single day.

Whether you drink your morning coffee, have an afternoon tea or chug down a Super Big Gulp of sugary soda, you’re consuming caffeine. It might surprise you but caffeine is actually the world’s most popular psychoactive drug. 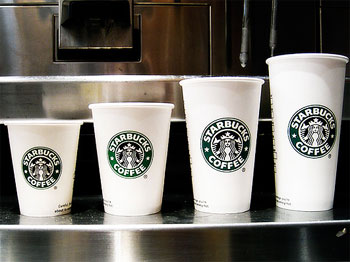 Caffeine, the white, bitter-tasting, crystalline substance was first isolated from coffee in 1820. Both words, caffeine and coffee, are derived from the Arabic word qahweh (pronounced “kahveh” in Turkish). Coffee trees were cultivated in the 6th century and coffee itself began to be popular in Europe in the 17th century. By the 18th century, plantations had been established in Indonesia and the West Indies.

Caffeine is used by fitness enthusiasts to get an energy spike so they can get more out of their workouts. Once thought of as a “health no-no” for athletes, caffeine is taking center stage as a legitimate aid to enhance performance. This benefit has been recognized by the manufacturers of many sports supplements and nutrition products like pre-workout powders, pills and energy gels (see chart below).

A growing body of laboratory research supports caffeine as an effective ergogenic aid. An ergogenic aid is a substance that improves athletic performance. The most dramatic performance improvements (20-50 percent) are seen during prolonged (over 2 hours) endurance exercise. Caffeine is also reported to benefit short-term intense exercise lasting about five minutes when performed at maximal output.

Caffeine Effects During Pregnancy
If consuming large amounts of caffeine on a daily basis is something many people should avoid, what about women who are pregnant? The safety guidelines of caffeine consumption during pregnancy is controversial. Some studies suggest that small amounts of caffeine, less than two cups of coffee per day, presents a slight risk to the embryo or fetus, while others do not. There is stronger evidence that larger daily amounts of caffeine during pregnancy may increase the risks of a miscarriage, a pre-term delivery and low birth weight, but no solid proof is provided. 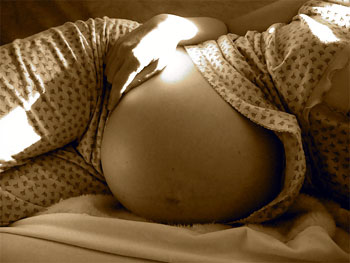 High caffeine intake during pregnancy should be avoided. A pregnant woman may be able to tolerate more than her fetus can but this does not mean she should overdo it. Risks of even small amounts of caffeine consumption are not very clear. Women trying to become pregnant may conceive sooner if they limit their caffeine intake to less than two cups per day. Women who are breastfeeding can minimize infant’s exposure to caffeine by avoiding a very high caffeine intake.

Caffeine’s Effects on Women’s Fertility
Some studies have found a link between high levels of caffeine consumption by women and delayed conception. Women who consumed more than 300 mg of caffeine per day were twice as likely to have conception delayed for a year or more. Another study also linked high caffeine intake to delayed conception, but only in women consuming 500 mg or more (about four cups of coffee) per day. It’s best to keep your caffeine intake below 300 mg a day.

Caffeine’s Effects on the Developing Fetus
Caffeine easily passes from a mother to her fetus through the placenta. A developing fetus may have higher, sustained blood levels of caffeine than its mother because of immature metabolism. A few studies have shown that consuming even small amounts of caffeine can affect fetal heart rate and movement patterns. A pregnant woman’s ability to metabolize caffeine slows as pregnancy progresses, so some of its effects may increase later in pregnancy.

Some studies have found that pregnant women who consumed large quantities of caffeine (five or more cups of coffee a day) were twice as likely to miscarry as those who consumed less, while fewer effects were seen at lower levels of caffeine consumption. 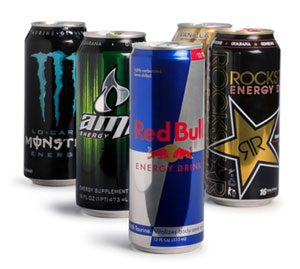 Caffeine’s Affects on Newborns and Infants
High caffeine consumption during pregnancy may shorten gestation and lower birth weight. Both effects appear modest in terms of days and ounces, but may be important to an infant already compromised by prematurity or fetal growth restriction. Such effects have not been consistently linked to moderate consumption.

A reported link between heavy maternal caffeine intake during pregnancy and increased risk of SIDS (Sudden Infant Death Syndrome) has not been supported by further studies.

Breast milk can transfer caffeine from a mother to her baby. Very high caffeine intake by a nursing mother may make her baby irritable with disturbed sleep cycles, but this is not known to occur from ordinary food and beverage intake (containing caffeine), or without use of medications which contain caffeine.

Tips on Cutting Caffeine Out Before Pregnancy (Men, Please Join Us!)
To cut caffeine out of your diet can be difficult. Many people will experience side effects like headaches and cravings during the withdrawal period. To reduce the risks of these side effects it is recommended that you cut back slowly. For example, a coffee drinker should start with 3/4 of a cup of regular coffee and add 1/4 of decaffeinated coffee. They will slowly increase the decaffeinated coffee until it fills the entire cup.

At the age of 30, I look back at when I took my first sip of coffee. Another experience comes to mind and it’s when my friend Karla and I made a large pot of coffee (I was 13) and drank it all to see what would happen. We were having a sleep over at her house and I swear that I endured one of my first restless nights and woke up with huge morning bags under my eyes. Little did I know that I was feeling what many grown-ups experience daily which is fatigue from the lack of sleep due to excess caffeine intake. So, the take home lesson is that everything in moderation is key so make sure to enjoy your coffee but limit it to just a few cups per day!

I am an actress, dance instructor and fitness model. I enjoy writing, dancing, traveling, and entertaining others. Working in front of the camera has been my passion since I was very young, and to this date I have been fortunate to have pursued and fulfilled many of my dreams. See my profile page for more information!