You are at:Home»Diet and Nutrition»Calorie Counting vs. Calorie Quality – Which Type Do You Eat?

When it comes to guiding nutrition towards weight loss, there are two schools of thought. In school #1, we have the “bucket theory” that believes fat loss is all about calories in and calories out. In theory, if you take in 1,000 calories and burn 1,500 calories, you will lose weight even if you’re eating junk food and sitting on the couch all day.

School #2 is skeptical of the bucket theory and states that fat loss is all about what you eat, the timing of your meals or some other dietary variable. This idea is such that you can eat all of the “clean” food you like and as long as you never eat from the dark side of the refrigerator, you’ll never have to worry about weight gain.

Both sides hold their own in the world of science and experts. They each have loads of scientific studies and top-notch experts claiming that their theory is correct and that the other side is being fooled by junk science and greedy authority figures.

To further complicate matters, there is little consistency in the real world to blatantly prove one over the other. Some people can use the calorie balance to maintain their weight. Other’s have no trouble maintaining their weight as long as they never touch certain foods. Once they do, POOF! They gain weight like crazy.

If you were to pick up an exercise physiology text book, you would see chapters like:

We all change for the same reasons. The degree of our change might vary from person to person, but the reasons for the change are the same for every human being on earth. All 7 billion of us.

So the question that lies before the court is which is correct? Is it about calorie balance or is it about calorie quality? The calorie quality folks make a good argument. It doesn’t seem right that you can eat nothing but chocolate bars and still lose weight. But then again, the calorie balance folks can make a similar argument. It hardly seems logical that a human being can eat nothing but a fun size Snickers bar a day and still gain weight. 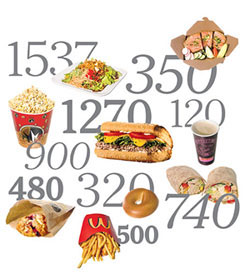 After spending years on both sides of the fence, I think I’ve come to a middle ground. Both calorie balance and calorie quality matter, but one matters more than the other. Calorie balance is the root cause for all fluctuations in the fat level on the body. There are just too many inconsistencies between the diet and exercise habits between why people lose or gain weight.

Think about it this way; every human being on earth will have their fat levels fluctuate during their lifetime. We will all gain and lose fat to at least some degree. However, there is no common diet or exercise variable between all of us.

We are all not using the same foods, or all doing cardio. Some of us are eating massive quantities of meat, and others use plant based diets based on the availability of food in their environment.

So yes, it’s about calorie balance, but the foods we eat still do matter. That’s because what we eat influences that calorie balance. It doesn’t control it, but it does have its way of having a say in how many extra calories we consume.

The issue with calorie balance is that it’s notoriously difficult to track. On one side we have the tracking of calorie expenditure. A whole host of factors can alter how many calories you burn. Age, weight, water retention, stress level, intensity, temperature, emotional state, and the duration of anything and everything you do will change how many calories you expend in a given period of time.

On the other side of the coin we have the tracking of how many calories we eat. Once again, we come to the fact that tracking exactly how many calories we consume is incredibly difficult. Even religiously weighing and measuring food can be off to some degree, and that’s only going to be accurate if you measure and weigh every bite that goes into your mouth. I don’t know about you, but I’m not about to ask a waiter at a restaurant to bring me all of the ingredients of a meal so I can weigh them before they cook.

Finally, we also have to come to grips with the idea that almost anything and everything in life can influence our calorie balance. The car you drive, the place you work, the pets you own, even the cleanliness of your kitchen can have an influence on your calorie balance. Trying to keep accurate tabs on calorie balance is like nailing Jell-O to a tree. To make matters even worse, greater degrees of accuracy require more discipline and work. I’ve even known some folks who practically make calorie counting a part-time job, spending loads of time and money on the endeavor.

The good news is that you don’t have to count calories to alter your calorie balance. I don’t even bother with it. I don’t read food labels or wear any sort of calorie counting device. If I need to trim down, I rely on calorie hacking which I discussed a few articles ago. It so much easier on the mind to not have to keep tracking and logging numbers all day long. And yes, keeping a log in and of itself also influences your calorie balance.

So yes, what you eat and how much you eat will have an impact on your waistline. Sorry but we can’t get away with eating nothing but junk food as long as the math adds up to a negative number. And eating as much as you would like doesn’t sound like freedom to me as long as I stick to tofu and carrot sticks. I like knowing I can have my cake and eat it too, just not too much to cause a stomach ache.