You are at:Home»Diet and Nutrition»Calorie Hacking – Cutting Calories Out of a Diet To Lose Weight

Quite simply, the least complicated and possibly most effective means of weight loss I have ever come across is something I like to call calorie hacking.

Calorie hacking is exactly as it sounds. It’s the practice of hacking out calories from the diet in one form or another to affect fat loss. Instead of playing with formulas, reading labels or even counting calories, calorie hacking involves chopping the calorie consumption out of the diet in massive chunks.

There are different forms of calorie hacking and some methods will appeal and work better than others. The primary principle of calorie hacking is to treat fat loss kind of like exercise. Whereas adjusting the diet for fat loss is usually done for a stretch of time, like a few weeks or months, hacking is much more short-term.

In this way, a single hack can be perceived as a challenge similar to a workout. It has a definitive starting and stopping point rather than being something that just goes on and on. This sort of method has a few advantages. First off, it’s much easier to mentally challenge yourself when you know you only have to work really hard for no more than a few hours or a few days. In this way, the light is always at the end of the tunnel. The other advantage is that calorie hacking doesn’t require anything other than some extra grit and effort. It doesn’t require special foods, supplements, charts, formulas and so on. The final big advantage of hacking is that it’s almost fool-proof in its effect. There is nothing that needs to be figured out and it’s darn near impossible to mess up.

Here are some examples of how you can apply calorie hacking:

Eating Less of a Normal Meal
This form of hacking works great if you have a pretty set food routine. For example, I always go to a special pizza joint on Friday for their special of 2 slices and a soda. If I want to lose weight, I can play the game of substituting the pizza for a salad, but that can be an uncertain trade. While a salad might seem healthier, the real question is the macro-nutrient count. Sure there is chicken but is it fried or grilled? How much cheese is on the salad? Is there egg? What dressing and how much? If the dressing is fat-free, how much sugar is there?

There are just too many unknowns and while the salad might seem healthier, there is still a chance it may contain just as many calories, maybe even more, than the pizza. However, if I go with just one slice and a glass of water instead of 2 slices and a soda I know I’ve cut back with 100% certainty. It’s less fat, sugar, sodium and calories for sure simply because the only thing I’m changing is the amount I’m eating. So in this way I know I’m hacking out calories I regularly consume plus I still get to have my pizza.

You can use this technique with every meal if you like or with just the biggest meal of the day. Some meals might feel better for you to hack than others. I have no problem hacking dinner but lunch is tough for me. So I keep lunch about the same size and I’ll hack down dinner. 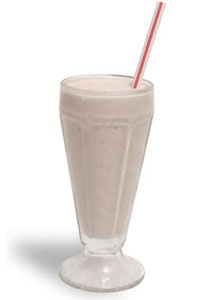 Another great source to hack is liquid calories. Coffee drinks, beer, juice, soda, smoothies, and even protein shakes can be a huge source of calories that we can probably do without. One of the advantages of hacking out liquid calories is that our hunger levels will probably not be affected that much. Depending on how many calories you consume from liquids, you may be able to hack out between 500-1,000 calories a day without really affecting your hunger or needing to add extra exercise.

Fasting
Fasting has become a bit more common these days largely because it’s a very effective way to hack out calories. A fast can last any amount of time you wish and many people are more comfortable with short fasts to begin with. For example, if you usually have an afternoon snack between lunch and dinner, you can do an afternoon fast and cut out the snack.

Despite some common recommendations, skipping meals can also be a great way to hack out calories. Again, everyone has a meal they will feel more comfortable hacking out. For me it’s dinner. For others it’s lunch and yes you can even hack out breakfast from time to time.

Sticking To 3 Meals a Day
Snacking is a strong part of our dietary culture and the notion of 3 square meals a day is a long distant memory for many of us. If that’s the case, then returning to the standard 3 square meals a day can help you hack out massive amounts of calories. It can also help you to plan more nutritious meals and can also help you to see how much food you really eat during the day. By grazing and consuming many small meals, we can get lost in the notion that a little here and a little there means we are not eating much, but when you eat it all within 3 sittings, it’s hard to fool yourself into thinking you’re not eating very much.

No Sweets During The Work Week
For some folks the extra calories that are easier to hack come in the form of sweets or treats. The knee jerk reaction from some people might be to vow never to eat sweets again, but how realistic could this be? How strong do your cravings become once you’ve gone a few weeks without your favorite cookies?

If you have no trouble giving sweets up then they probably don’t make up much of your diet to begin with and hacking them out won’t have much of an effect. However, if they make up much of your diet then you will see a big difference by hacking them out, but they will leave a pretty big hole. I recommend hacking out sweets during the work week. That way you can cut loose a bit on your off days and enjoy your sweets while still keeping them in check.

Focusing on The “Meat and Potatoes”
This strategy is all about hacking out the little extra calories that can sometimes come with a meal, but don’t really do much for your over all satisfaction.

A classic example is the side of potatoes chips served along with a sandwich. Chances are pretty good that those chips do little for the overall satisfaction of the meal. The sandwich is the bulk of the meal while the chips just add some taste and texture. By cutting out such extras or side items, you can save hundreds of calories at each meal while also still feeling satisfied and content.

Be aware that all of these strategies are highly flexible. You can fast for a few hours or as much as a full day. You can hack out most of your liquid calories but allow the occasional soda with a burger. None of these strategies have a super strict set of rules you must follow. As long as you are hacking out a significant amount of calories, it will work.

Also keep in mind is that calorie hacking only works if you hack out the calories and you don’t put them back later on. It makes no sense to skip lunch only to have an extra large dinner. The same can be said for going without soda during the week, but then you go through a case of the stuff during the weekend.

Just like a workout, a calorie hack is likely to produce some level of discomfort which is one of the reasons why they are only short term. Most of the hacks shouldn’t last much more than a week or two and some of the more extreme ones should go for about a couple of days at the most.