You are at:Home»Diet and Nutrition»Manage Diabetes – Tips To Control It with Diet and Low GI Foods

Diabetes is a complex, chronic illness which requires continuous medical care with different risk reduction strategies beyond just glycemic control. Diabetes Mellitus is a group of diseases characterized by abnormal glucose metabolism in the following forms: 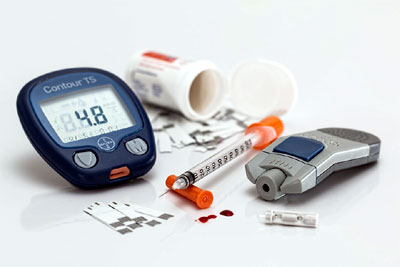 Management of diabetes is essential since uncontrolled diabetes can lead to neuropathy (problems with nerves) and nephropathy (kidney disease or kidney damage). Individuals are also susceptible to elevated cholesterol levels which can further affect the heart.

Criteria for The Diagnosis of Diabetes

Criteria for Testing for Diabetes or Pre-Diabetes in Asymptomatic Adults

#1. Testing should be considered in all individuals who are overweight and who have a BMI of over 25kg/m2 and have additional risk factors:

#2. For all patients, testing should start at 45 years of age.

#3. If results are normal, testing should be repeated at a minimum of 3-year intervals. Those with pre-diabetes should be tested each year.

The plan is to live a healthy life by maintaining your weight and working to reduce weight if you are currently overweight by eating healthy and exercising. You should try to exercise for 30-60 minutes per day for optimal health.

The regulation of your diet is a very important aspect of diabetic management. Some restrictions in carbohydrates and fat in the diet help in the treatment. Since there is no ideal percentage of calories from carbohydrate, protein and fat for individuals with diabetes, it always recommended to receive individualized nutritional advice and guidance from a registered dietitian. A general guideline for the distribution of calories is (shown as an approximate percentage of total daily calories): 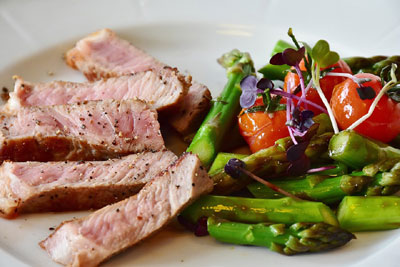 Complex carbohydrates (40-50 grams of fiber per day) and limited amounts of sugar can be consumed depending on blood glucose control. Carbohydrate intake from whole grains, vegetables, fruits, legumes and dairy products with foods high in fiber and lower in glycemic load, should be consumed over other sources. Individuals should aim for nutrient dense whole foods rather than the consumption of sugary beverages or other sugar-laden foods.

With people who have diabetes, ingesting protein appears to increase insulin response without increasing plasma glucose concentrations (0.8 to 1 gram per kg of body weight). Protein can be eaten unless renal disease is present.

A diet rich in mono-unsaturated fats may improve glucose metabolism and lower CVD risk (Cardiovascular Disease). Eating foods rich in long chain omega 3 fatty acids, such as fatty fish (EPA and DHA), along with nuts and seeds (ALA), is recommended.

Less Than 30% Fat is Allowed and Should Be Divided Into:

Limit cholesterol intake to under 300 mg per day.

3,000 mg per day is allowed. IDDM patients (Insulin-Dependent Diabetes Mellitus – Type 1) should eat meals on time and coordinate this with their insulin schedule.

The glycemic index (GI) assigns carbohydrate containing foods a number based on how they affect your blood sugar, after you eat them. Foods with a GI less than 55 cause only a little increase in blood sugar, but those in the 55-70 range will raise it a little higher. Carbs with a GI of greater than 70 send blood sugar soaring. Nutrition experts say that low GI carbs are healthy and high GI carbs in excess are not. Foods with a lower GI are more slowly digested and absorbed and cause blood sugar to rise more gradually. 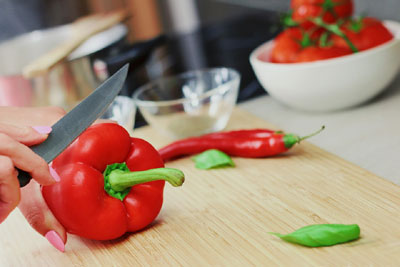 Multiply the glycemic index (GI) value of a food by the amount of carbohydrate per serving and divide the result by 100. The result for the glycemic load (GL) will be:

Glycemic Index and Glycemic Load at a Glance

The glycemic index (GI) measures the rate at which food converts to glucose. Higher numbers indicate a more rapid absorption of glucose, which is assigned a value of 100. The lower the GI or GL (Glycemic Index or Glycemic Load), the less it affects blood sugar and insulin levels.

Blood glucose is increased in individuals with diabetes in both fed and fasted states. It is due to insufficient insulin secretion, insulin resistance or a combination of both. Although dietary carbohydrate increases postprandial glucose levels, avoiding carbohydrate entirely will not return blood glucose levels to the normal range. Carbohydrate is an important component of a healthy diet as glucose is the primary fuel used for the brain and central nervous system. Carbohydrates also provide vitamins, minerals and fiber in our diet.

Obesity is quickly on the rise with the growing popularity of quick and convenient foods that are packed with sugar, fat and sodium. This can further lead to the rising epidemic of diabetes that can be fatal if not closely monitored and controlled. The serious health issues that come with diabetes along with the possibility of daily insulin injections is something you definitely want to avoid. That’s why it’s so important to try to follow a nutrient dense whole food diet along with performing daily exercise so you can live a long and healthy life!

Tanweer Fatima is a health, wellness and fitness professional from Saudi Arabia who specializes in nutrition.