You are at:Home»Diet and Nutrition»Diet Freedom – Eat What You Want and Get Your Dream Body

“It’s just not fair!” That’s a pretty common expression I hear when people ask me about my diet. After giving me the once over, they make a few remarks about how I look like I lift weights (I don’t), I must workout like crazy (no more than the average gym goer) and I surely have a super strict diet. It’s the diet question that I get from people the most. Truth is, I don’t follow anything even close to resembling a “diet”. I even enjoy what I like to call the 3 dietary freedoms:

Many think I must be the luckiest guy in the world to have such a carefree attitude towards food. The truth is, I’m lean, strong and healthy because of my dietary freedom rather than in spite of it. It took quite a few years to develop the skills, but I really believe that anyone and everyone can enjoy the same dietary freedoms without sacrificing their fitness level. Heck, the 3 freedoms may very well bring you to a whole new level you’ve been struggling to achieve. Here’s how I did it:

Step #1: Strive For True Self Control
I have a different take on what self-control really is. Self control is usually perceived as being in control of your self, but I believe self-control is really when your self is finally in control.

For years I used to think that a good diet and exercise program was about being obedient to a program. If the diet called for no bread or sugar then I strived to stay away from such things. If the workout demanded squats and cardio then I did that too. If I didn’t want to do those things then I used so-called self-control and made myself stick to the rules. I thought not doing so meant that I was losing control.

Now things are different. I look back on those times as not really being in control. I wasn’t the one in control, the diet and exercise program was. When I decided to do things my own way I took on real self-control. Instead of being in control of my self, my self was finally in control.

Now I know some folks might think that if they even entertained the idea of letting themselves go off leash then they would lose all discipline and fall off the wagon. I know I once thought that too and, to be honest, that would happen from time to time. However, I soon developed an even healthier and more rewarding dietary plan based on the next step. 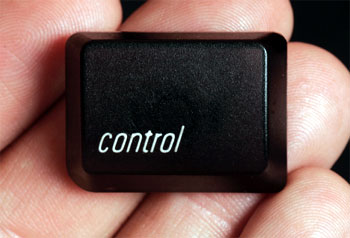 Step #2: Strive For a Higher Standard of Results
Back when I was struggling with dieting and staying on the straight and narrow, I had very low standards. I really didn’t expect much from my diet. Actually, there was pretty much only one thing I was trying to achieve and that was a lean body. That was it, just a lean physique and nothing else. If I made it to the end of the week without gaining weight then I considered my dietary methods a roaring success.

The thing with low standards is that they are not very fulfilling. It’s like going to work and accepting the lowest pay and conditions you can come by. Sure it might fit the bill, but why not ask for more?

These days, staying lean is the least of my objectives. It’s hardly even on my radar. This is because my other standards are so demanding that they take care of the whole weight management issue automatically.

Some of my standards include, but are not limited to:

With all of these standards I don’t need diet rules or dogma. My high standards give me far greater results along with pleasure and satisfaction than any fad diet that’s a #1 best seller. Best of all they leave me in control because I’m going after what I really want.

Step #3: Acknowledge The Finite Capabilities of Food
The last step for achieving dietary freedom is to learn to acknowledge the finite potential of food. They say that results are something like 85% about diet, but I highly disagree. Some results are very dependent upon diet, but there are some things in life that a good diet simply cannot help you with. I don’t care what your diet looks like, there’s no such thing as a nutrient that can make you a better singer on its own. You can have the best diet in the world. If you never do any strength training you’ll still be weak under the bar. 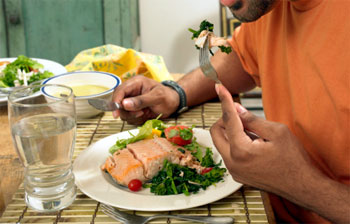 There are also other kinds of limits to food. For example, food can only bring you so much pleasure and satisfaction within a given amount of time. An interesting experiment to try is to sit down with your favorite food the next time you have a big craving for it. I used to do this with ice cream. I always believed I could never get enough ice cream, but I’ve proven myself wrong many times. No matter how much I love those first few bites, the pleasure of eating it diminishes as I keep eating it. Before too long, it starts to taste a little different. It feels different in my mouth and even my whole body feels different about eating it.

It’s hard to believe it when you’re in a state of deprivation, but we really do have a finite capacity to benefit from eating. If you overdo your consumption, in any way, you gain less pleasure and satisfaction from eating. You may even start to experience some negative feelings.

Understanding the finite effect of food helps you put food in its proper place in life. It’s something that can be beneficial and enjoyable, but it’s not everything. There’s a heck of a lot more to being fit and living a high quality of life than just diet. Recognizing the limitations of food gives you the power to use food to satisfy in the ways it was meant and to look elsewhere for the other things you need to be happy.

Make no mistake, achieving complete dietary freedom takes lots of time and practice. Know that there will be lots of pitfalls and bumps in the road. However, if you have the desire to achieve such freedom, know that it is possible. In time you may very well find yourself to be the recipient of someone who is told they are “lucky” and that “it’s just not fair.”