You are at:Home»Diet and Nutrition»Drugs of Choice – Confessions of a Health Conscious Individual

I became health conscious in the 1970’s, long before it was considered hip, mainstream and responsible behavior. I’m not sure what my peers thought of me then, but I receive more respect for my lifestyle choices today than I did then. I remember some brave individuals approaching me cautiously in the high school cafeteria at lunch time, asking me the big questions. Why are you eating that? What does that pill do? I would usually give the curious a scientifically backed answer, just as I do today. The difference was that the pills I took then were actually vitamins and supplements of many colors and varieties, while later on, the pills became medications prescribed by doctors.

Since then, I’ve forgotten much of what I once knew. The older I get, some valuable lessons are lost in my memory along with the passing of time. But, what I’ve noticed is that much of what I learn today is actually old age and reconstituted information, therefore, I’m able to replace it in my memory log to refer to now when it’s needed most. Nothing is new, once it passes the test of time.

When I was young and first became health conscious, I set upon a mission to seek nirvana. I quietly attempted to purify my body and soul, while also blending in with my peers as a marijuana smoking, moccasin clad, little hippie rock ‘n’ roll chick, who meditated in public places, challenging onlookers to question my odd behaviors. Although I refused to take medication other than my regular marijuana use, I acquired an Afrin nasal spray addiction because I suffered from sinus problems brought about by a broken nose. I only ate what I considered acceptable organic food sources and did not drink alcohol because it had excess calories that I didn’t want and I exercised obsessively. Each time I had become intoxicated, I became very sick, so I didn’t acquire an addiction to alcohol until later on in my adult years. Even though I didn’t inspire to become an addict, my obsessive-compulsive personality eventually led me there.

When I enrolled in college and began to make friends, I started going to all the parties. I began drinking alcohol. At first, I was careful not to drink too much, but by my mid-twenties I was a hardcore party animal, and on my way to becoming an alcoholic. In my late twenties, I worked as the Director of Advertising for The Pioneer Square Star, a local downtown Seattle newspaper. It was one long extended party that eventually came to a crashing halt when I got married and the paper shut down. 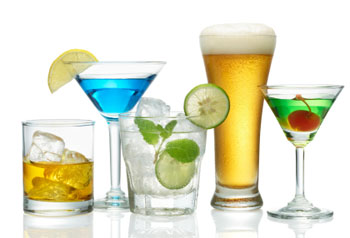 I continued to drink and my alcohol abuse increased. I gave up drinking when I learned I was pregnant. I practiced living a holistic lifestyle throughout my pregnancy, but still, my son was born with several chronic medical conditions of which I had no control. It was a very stressful time for me, and it wasn’t long before I developed a sleeping and anxiety disorder. After weeks of not sleeping, I scheduled an appointment with a doctor. He ordered a prescription of Ambien for me with the warning that I could get addicted. He told me not to take it for more than three days. That evening, I slept. It was so amazing to get a good night’s sleep that I wanted to do it every night after that. I used Ambien each evening for 14 years, much of the time with alcohol.

Because the first doctor refused to refill my prescription, I found another doctor that would. It wasn’t long before I learned how to get whatever I wanted. The new doctor “treated” me for anxiety, insomnia, and panic disorders for several years, prescribing Ambien, Valium, Xanax, and Serzone to me in monthly dosages. I drank alcohol throughout the day, took Xanax when I felt like I needed a better buzz, and used Serzone and Ambien in the evening to sleep.

I experienced many side effects from the combination of these drugs. My equilibrium was off center, my vision became fuzzy and played tricks on me, and it was difficult to focus because of the psychedelic lights that played around my field of vision. I also became physically and psychologically dependent on them to sleep and function. Another unfortunate aspect attributed to the use of these chemicals is that they can make the symptoms worse. I also got arrested for DUIs (driving under the influence), spent time in jail and treatment centers. My alcohol related issues cost me a fortune in miscellaneous expenses.

In 2008, my son was diagnosed with bone cancer and had his left femur, knee and partial tibia removed and replaced with titanium prosthetic mechanics. This began what would become a very long road to recovery that we are still fighting today. His prosthesis area continued to become infected and his surgeries have been numerous.

By 2009, I began to rely on Xanax and alcohol to keep me calm. Xanax is a very powerful drug that users become dependent upon very quickly, so patients are advised not to use it more than three days in a row. Many doctors won’t even prescribe it because of its addictive properties. But, there are others who use it to treat their patients for long-term anxiety disorders. Users enjoy the first few days of euphoria they experience. Unfortunately, this euphoria wears off and the dosages must be increased within a short period of time to feel the same effects. Xanax and alcohol are a dangerous combination! Xanax users must be slowly weaned off their drugs, or take the chance of experiencing seizure or death. 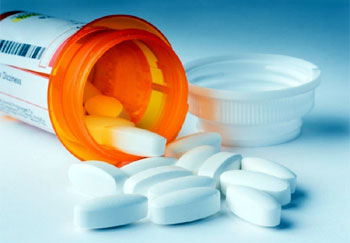 In 2010, my husband caught onto my Xanax dependency, and I had to be weaned off the drug. During this six week process I drank even more alcohol to compensate for the anxiety I experienced by not using Xanax. I also transferred my addictions to Valium, Lexapro, Ambien, and Trazodone. That summer, I was arrested again for DUI and went to jail as a repeat offender and a menace to society. The judge slammed down her gavel and threw the book at me! After I was released from jail into house arrest, I checked myself into a treatment facility for alcohol addiction. I haven’t used a drink or a drug since July 7th 2010, and recently celebrated my third year of sobriety. I was also freed from my addiction to Oxymetazoline HCl 0.05%, the main ingredient in Afrin. Consumers are advised not to use Oxymetazoline HCl for more than three days. I had a long-term physical addiction to Afrin nasal spray that lasted from 1978 to 2010.

While in jail, I prayed to God to free me from my addiction to nose spray. I prayed that if I could just breathe through this night, I would not use Afrin again. When I was discharged and allowed to return home, I did not need to use my nose spray. I haven’t had stuffed sinuses since that night in jail. I consider these phenomena a miracle because my addiction to nasal spray was so powerful that I would get up in the middle of the night if I ran out, and I’d search until I found a store that sold it. I couldn’t go anywhere without my spray and it always had to be near my bedside.

Today I’m free. Free from counting pills and checking nasal spray bottles. I’m free from hiding my alcohol and drug abuse from my loved ones. I’m free from having to lie to doctors about conditions I do not suffer from. But for the most part, I’m free from toxicity and addiction. I can leave home and go on a vacation without planning it around a medical prescription. It no longer matters whether the restaurant my family wants to eat at sells booze. There is no recovering from the drugs in my system that held me hostage and stole my health and vitality from me.

When you buy into the medical profession’s philosophy of treatment that teaches us a little pill can fix everything for everybody, you give up your freedom. It is not the government’s job to take care of my health. It is my responsibility and yours too! Consider the side effects. Are they really worth the short-term relief, or would you benefit more in the long-term by practicing a lifestyle conducive to your individual health needs? While in treatment three years ago, I began to practice yoga. Since then, I have practiced yoga routinely, and find that it not only makes me feel better physically, but has also changed my attitude.

Take back your life and your health! You can begin by giving up your dependence on pharmaceutical medications, and by learning how to nourish yourself, condition yourself, and be yourself.