You are at:Home»Diet and Nutrition»Eating From Nature – Eat Natural Raw Food for Optimal Nutrition

In my previous article, I mentioned a guideline for nutrition that was introduced to me at a young age. That guideline, passed on to me by my father was simply that “EVERYTHING THE HUMAN BODY NEEDS GROWS ON THIS PLANET NATURALLY”. This fact not only holds true for the Human species but for ALL living organisms that make this planet home. In looking at this multitude of living organisms, as vast and varied as the differences among us may be, there is one commonality that unites us. We are all biological organisms that run on organic fuel. With this in mind I ask, what lessons may we learn by comparing the exercise and dietary habits of our brothers and sisters in the animal kingdom with our own?

NATURE IS INCREDIBLY ACTIVE
Anyone who has been fortunate enough to spend a little time in the deep of the woods, jungle or ocean will invariably note how it is absolutely teeming with activity, with LIFE! I think it can be safely stated that in nature, if it’s alive and awake it’s probably moving. Now it goes without saying that much of that movement is critical to survival in the wild. In nature, if you do not move to find food you will starve. If you do not move to find water you will dehydrate. If you do not move to avoid predators you may soon become that food another animal is moving to find! Modern Mankind, without the threat of predation and having developed the ability to store food and water, has found himself in a deceptively precarious position. We simply do not have to move very much. While this is hugely beneficial to our comfort, it is equally damaging to our physicality. In fact, I would bet that a society’s health is equally proportionate to the amount it is forced to move on a daily basis. Here in the U.S. we arguably enjoy the most comfortable lifestyle of any of the industrialized nations. One needs only to glance at the statistics of any measure of health in the U.S. to see that we are in dire straits to say the least. Sadly, it is our children who are quickly becoming the most victimized of our sedentary tendency.

EVERYTHING IS EATEN IN ITS RAW FORM 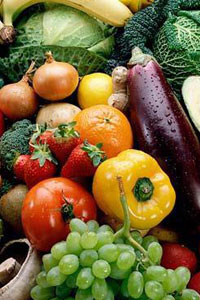 Animals eat virtually everything in its raw form. In other words, while it is still alive. Whether it be insects, plants, or other animals, they almost invariably eat it alive or at worst very shortly thereafter. This is nature’s sort of built-in guarantee that the highest amount of nutrients (life) will pass from living organism to living organism. Life feeds on Life. Compare this with our typical modern day diet. The majority of what we eat is not only devoid of life but it is generally processed factory-made “food”. And we eat a lot of it. At the end of the day, we are consuming far too much in quantity and far too little in quality. The human body, through incredibly adaptive processes can sustain itself even in the face of such a nutrient deficient diet. But the consequences are heavy (pun intended).

H2o IS THE ONLY WAY TO GO
You can watch animals navigate miles and miles of land over treacherous landscape in soaring heat and unbelievably, never sip on a flavored sports energy drink. In nature, there is only one hydration. Water. Period. This makes perfect sense considering that everything in nature is made predominately of water. Including Humans. Water is second to only oxygen for keeping us alive. The human body is incredibly resourceful when faced with a lack of food. The body can sustain itself for a long period of time with no outside food at all. It will burn fat, sugar, diseased and dead tissue and even its own muscle to stay alive but faced with a lack of water and your days are numbered.

OBESITY IS VIRTUALLY NON-EXISTENT
Have you ever seen an overweight animal in the jungle? Ever seen a fat fish in the ocean? An obese lizard? A tiger with an eating disorder? I won’t venture to say never, but undoubtedly it’s rare. Animals who do carry a significant amount of fat do so to survive in their naturally cold habitat. Why is this? Perhaps the biggest reason is that nothing in nature deviates from its natural raw diet and it seems that living organisms are extremely efficient at the conversion of organic fuel into energy while eliminating waste. It is important to note however, that our ability to store excess as fat is an essential part of our biology. A small amount of fat is essential to many functions in the body and the ability to store it not only guards us from starvation but also can protect us in colder environments.

In closing, I wanted to mention an incredibly inspiring man I saw on TV a few weeks ago. He was a man in his 70’s that had just finished a triathlon. That’s a 2.5 mile swim in the ocean followed by a 110 mile bike ride and then a full marathon of 26.2 miles. He is in his 70’s! Interviewing him, they asked, “How is it possible, at your age, to have the energy to train and complete in such an event?” to which he replied, “Well, my number 1 rule is I don’t eat anything that has ingredients I’ve never heard of. Actually, I really don’t eat too many things that have ingredients”. Sound familiar?