You are at:Home»Diet and Nutrition»Ephedra Facts – Health Benefits with Side Effects and Warnings

It is not an uncommon practice to pull out your little book of Grandmother’s secrets when you’re not feeling well and seek the help of home remedies. Many home remedies often involve the use of herbs and natural plants of all kinds. However, though the many herbs are mentioned in the list of trusted home remedies, it is important to understand the actual role played by these herbs in addressing ailments. You need to know several ways in which these herbs can be used and the side effects they bring along, some of which could have severe detrimental effects on the body in the long run.

One important herb that people often use to address a wide-range of issues, be it weight loss or the common cold, is ephedra. Ephedra, botanically known as Ephedra Sinica, is a popular plant with medicinal properties and the use is widely known all over the world. Known to the Chinese as Ma Huang, this herb, evergreen in nature, has a history of being used in traditional medicines for over 5,000 years in the communities of India and China, or to brew herbal tea as done by the Native Americans. It is native to Mongolia and Central Asia and the desert shrub is often found growing on the rocky and dry terrain in Asia.

Uses of Ephedra
Ephedra primarily contains alkaloid and non-alkaloid compounds which are mainly responsible for the plant being attributed to its medicinal properties. The presence of the ephedrine compound in the plant ensures that ephedra is capable of stimulating the heart and the nervous system heavily. It is therefore a prime ingredient in several traditional medicines that are used to treat common ailments such as nasal congestion, a common cold, flu, wheezing and asthma, as it helps resolve the problem of swelling of the mucous membrane. It has been used to control fever on account of its potential to allow the body to break into sweat and flush the flu or the fever within the body.

The impact of the herb on the heart is such that it increases the heart rate, helps increase blood pressure and allows the bronchial tubes to expand easily, making breathing easier. It also helps relieve pain in the joints and bones. It functions as a “water pill”, helping increase the flow of urine in the body among people who face issues with retention of fluids in the body. It has also been used in the manufacture of several capsules and tablets. 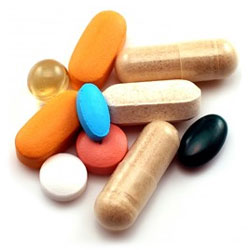 Lately, it has been advertised as a solution to weight loss for people who want to battle the issue of obesity. It is commonly sold as a dietary supplement in the United States. When consumed in moderate quantities along with low-fat food and physical exertion, it promises to help one lose weight in a short period of time, as little as six months. It could be said that the herb supports the suppression of appetite, when consumed with caffeine, which eventually results in significant weight loss. Another theory could be that the herb helps increase the temperature of the body and with this increase in body heat, more calories are burned, which explains the weight loss phenomenon. It also results in an increase in metabolism and the rate at which one puts on weight tends to reduce consequently, no matter how much you eat.

It is often an ingredient in energy sports drinks, which are consumed by athletes to increase their performance. It is also sipped by people prior to their workouts. Since this herb helps clear the bronchial passage and initiates easy breathing, it helps people actively participate in sports and similar activities. The consumption of this by athletes has considerably increased owing to the fact that it is easily available as an over-the-counter drug. Though it lacks proof, the herb is known to increase alertness and stamina, as claimed by athletes and bodybuilders.

It is a lesser known fact that ephedra is often sold as a recreational drug, going by the name of herbal ecstasy. However, the U.S Food and Drug Administration (FDA) strictly disapprove of this drug and its possession can spell trouble. It is also known to suppress the urge to smoke and hence, is used by those who wish to quit smoking.

The Other Side To Using Ephedra
Ironically, an herb such as Ephedra with the aforementioned medicinal properties is also an herb which has been strictly banned by the FDA following more than 1,200 reported casualties after the use of ephedra in several forms. Between 1995 to 1997 the FDA was notified about 900 cases of toxicity caused due to ephedra and 37 cases of sudden death, stroke or heart attack came to light. Another study conducted by the New England Journal of Medicine in 2000 brought to light cases of 13 individuals suffering from permanent disability and 10 incidences of death among 140 other events that highlighted the adverse impacts of ephedra. Most of the adverse impact is seen in the case of young and middle-aged consumers who resort to taking ephedra either for the purpose of losing weight or to boost their energy levels. However, the Ephedra Education Council has been conducting studies to prove that the use and consumption of ephedra is absolutely safe and effective.

Research conducted by the National Center for Complementary and Alternative Medicine at the US National Institute of Health confirms that though the use of synthetic ephedrine does facilitate quick weight loss, it also pulls in side-effects such as nausea, mood swings, anxiety, vomiting, hyperactivity, and palpitations. Placebo-controlled randomized trials were conducted by a Southern California Evidence-based Center which falls under the US Department of Health and Human Services to further support the fact that the aforementioned side effects were a result of ephedrine based dietary supplements. Other consequences recorded included myocardial infarctions, strokes, seizures and development of psychiatric cases.

Overall, it has been noted that consumption of ephedra can result in a dry mouth, kidney stones, tremors, insomnia, irregularity in the heart rhythm, stomach problems, damage caused to the heart and difficulty in urinating. It is also advised that women, who are lactating, are pregnant or children should be kept away from doses of ephedra as it could have detrimental effects.

Keeping these side effects in mind, it is extremely important to know that the consumption of ephedra should be carefully reviewed by a trained medical professional, with the amount and time period of consumption of supplements with ephedra as an ingredient being carefully monitored.