You are at:Home»Diet and Nutrition»The Gluten-Free Diet Beginner’s Guide | List of Foods You Can Eat

According to a 2015 Gallup poll, 17 percent of the population, or one out of every six Americans, eats entirely gluten-free. An additional one out of five people make it a point to include at least some gluten-free foods in their diets, even though they haven’t transformed their way of eating completely. What is gluten and why are so many people trying to limit it, if not avoid it entirely?

The Celiac Disease Foundation (CDF) explains that gluten is a broad-term for proteins found in various grains that most of us are familiar with, namely wheat, barley, and rye. It’s also in a lesser-known protein called triticale, which the CDF says is a “cross between wheat and rye.”

In addition to being a protein-packed source for the human body, gluten also acts a binder, helping certain foods retain their shape. Sounds pretty harmless and maybe even healthy, right? So, why would someone make it a goal to go gluten-free?

Reasons To Eat a Gluten-Free Diet

It turns out that there are many possible reasons you may want to remove the gluten from your diet. The top four are: celiac disease, gluten intolerance or sensitivity, for weight loss, and to clear up bothersome skin issues. Let’s look at each one now.

Reason #1: Celiac Disease
Approximately one out of every 100 people have celiac disease says the CDF, which means they’re unable to eat gluten at all. If they do, it causes their body’s immune system to essentially attack itself, causing major damage to the person’s small intestine. 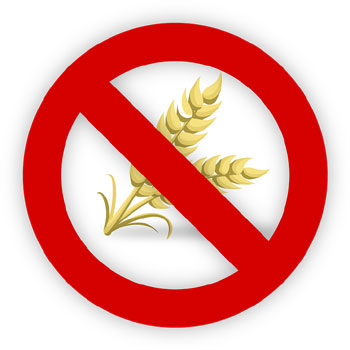 Reason #2: Gluten Intolerance or Sensitivity
Another possible reason to eat gluten-free is if you are sensitive to gluten or you are gluten intolerant. This is different from celiac disease in that you’re able to eat gluten foods, it’s just that you don’t feel your best when you do. How do you know if this is you?

Beyond Celiac reports that roughly 18 million Americans struggle with some level of gluten sensitivity. This creates symptoms that one will generally notice when they include gluten-containing foods in their diet. Medical News Today (MNT) reports that these symptoms include:

Other symptoms that aren’t as common, but may be experienced with gluten intolerance include:

If you suspect that you’re gluten intolerant, one way to help figure out for sure is to go a week or two without gluten and see how you feel. Then, add it back into your diet slowly and pay attention to how the foods affect you. If you’re intolerant or sensitive, you will notice that they make you feel worse.

MNT also stresses that it’s important to recognize the difference between gluten intolerance and some type of wheat allergy. With gluten intolerance, the symptoms are uncomfortable, yet not life-threatening, whereas a wheat allergy is a serious medical condition that could be extremely dangerous, especially if you have difficulty breathing.

Additional symptoms of a wheat allergy which are different from gluten intolerance are: vomiting, mouth or throat irritation, rash, hives, irritated eyes, and a blocked nose. The CDF indicates that wheat allergies are especially rare, only occurring in 0.4 percent of the population according to a study conducted in 2006.

Reason #3: Weight Loss
Another top reason some people may choose to eat gluten-free is because they’re trying to lose weight. But does it work? The answer is that it depends.

The University of Wisconsin’s School of Medicine and Public Health states that weight loss can occur on a gluten-free diet, but the results are largely dependent on the foods you eat once you eliminate gluten from your eating plan. For example, if you limit your intake of processed foods and focus primarily on natural food sources, you’re likely to drop some excess fat. However, if you choose gluten-free options that are similar to the grains you cut out, then you may not notice a major difference on the scale. 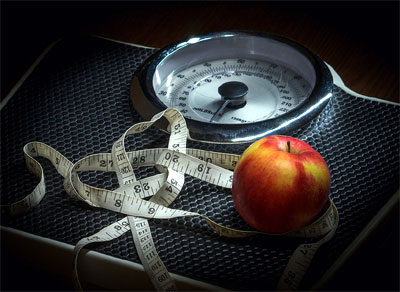 Additionally, though someone with celiac disease is usually thin, it’s not necessarily because the gluten-free foods are healthier. The lower weight is likely due to “problems with malabsorption associated with the disease.”

Shelia Crowe, M.D., spokesperson for the American Gastroenterological Association and a professor at the University of California, San Diego School of Medicine agrees. In an interview with the CDF, Dr. Crowe adds that many gluten-free foods contain higher levels of fat and sugar, which means that eating more of them could actually lead to a weight gain, so that’s something to think about as well.

Reason #4: Skin Issues
The last reason that someone would choose to go gluten-free is that many people notice that their skin issues clear up once they remove this category of proteins from their diet. The National Psoriasis Foundation attributes some of this positive effect to the fact that as many as one in four people with psoriasis are also gluten sensitive. Thus, when you remove the gluten, you’ll likely see improvement in the skin, but only after several months because the inflammation takes a while to settle down.

So, which foods would you need to cut out if any of these apply to you? Many foods contain gluten, which is part of the reason so many struggle with eating a completely gluten-free diet. The top “gluten offenders” include: 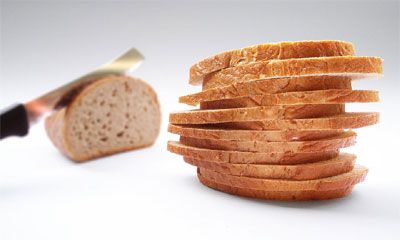 In addition to foods that you’d likely assume to have gluten, primarily because they’re grains or grain-based, there are also other foods you wouldn’t necessarily think would contain this particular substance, but they do. Here are a few to consider (items on this list may contain gluten; you’d have to check the individual label as it depends on the brand):

After reading the long list of foods that either contain gluten, or potentially contain gluten, you’re probably wondering what foods are left. Fortunately, there are quite a few. Here are just a few of them: 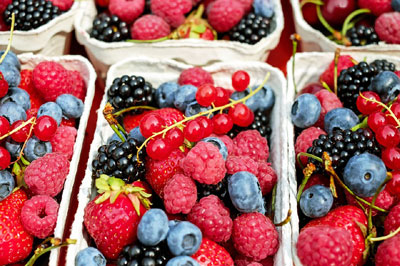 Adding these types of foods in your diet enable you to eat gluten-free. If you’ve never heard of some of them, don’t be afraid to pick them up at the store and try them out. Who knows, you might just find out that you enjoy their taste and texture.

Other Considerations if You Choose To Eat Gluten-Free

If you choose to eat a gluten-free diet, there are other considerations you’ll want to make. For instance, the experts at Harvard Medical School recommend that you take a gluten-free supplement to help replace the vitamin B that you lose by avoiding gluten-containing foods. This is especially important if you’re a woman who is considering having a baby or already pregnant as vitamin B9 (folic acid) is critical for the fetus’ health.

Other vitamins you likely need to replace include iron, calcium, thiamine, riboflavin, and niacin, adds the University of Wisconsin. In this case, a gluten-free multivitamin may be more in line with your needs.

Additionally, make sure you eat enough fiber to replace the fibers traditionally found in the gluten grains you’ve cut out so you don’t struggle with digestive issues like constipation. This can be accomplished by eating more fruits, vegetables and beans, as well as some of the non-gluten grains.

Because gluten-free diets have become more commonplace, many restaurants offer these options right on their menu. Some label them gluten-free or simply “GF” so you can find them more easily. If you don’t see any on the menu, you can always ask the server if they have any gluten-free options. Also, be aware that some food establishments bolster their scrambled eggs and omelets with pancake batter (which has gluten in it) to make them more fluffy, so you want to ask about that before ordering these types of menu items.

Though it may be a little more difficult to find snacks that are gluten-free, especially since most grab-and-go options tend to be processed, it is still possible. Fruit and veggies are always great options to consider, offering you a variety of vitamins, minerals, and fiber to keep your body healthy and strong while still being easy to take with you wherever you go. 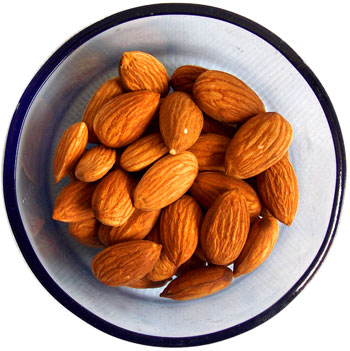 If you’re looking for other gluten-free healthy snacks, Snacknation offers a convenient, easy-to-use blog where you can select snack items that are gluten-free (their baked sweet potato chips and banana ice cream sound yummy). You can even select other parameters as well, choosing the calorie, fat, sugar, and protein content guidelines if you’re monitoring these numbers too.

If you’d like to know more about gluten and gluten-free eating, the Celiac Disease Foundation is a great resource. They even offer a 7-day gluten-free meal plan if you want to try eating gluten-free but aren’t sure where to start.

You can also engage the help of a registered dietitian to help you determine which foods are not only gluten-free, but will also help you meet your recommended guidelines of vitamins and minerals. If you don’t know one in your area, the Academy of Nutrition and Dietetics offers an online registered dietitian and nutritionist search that you may find helpful.

Finally, if you believe that you’re gluten intolerant, gluten insensitive, or may even have celiac disease, it’s best to check with your doctor and undergo testing so you know for sure. Ideally, you want to do this before eliminating gluten from your diet says Harvard, because, “Once a person has avoided gluten for a while, it becomes difficult to establish if he or she has celiac disease, gluten sensitivity, or neither.”