You are at:Home»Diet and Nutrition»GMO Facts – 10 Genetically Modified Foods You Need To Avoid

We hear a lot about GMOs in the media. But, what are they really? And, what do the letters GMO stand for? The other day, a friend of mine asked me what GMO stood for. I was a bit surprised that someone who voted for GMO labeling, did not know what those three big letters represented. It got me to thinking, if he didn’t know what GMO meant, there must be plenty of other people who wonder the same thing but are afraid to ask.

Simply put, GMO is an acronym which stands for a genetically modified organism. A GMO food source is any plant or animal which has had its DNA changed through genetic engineering in a laboratory environment. Genetic modification was developed in order to produce higher quantities of foods that were better tasting and resistant to insect infestations.

In 1994, Monsanto successfully introduced the first genetically modified organism marketed in grocery stores as safe and delicious. This new product was called the FlavrSavr tomato, and consumers readily purchased it, not realizing the gravity of its true place of origin. Many GMO foods and ingredients were quick to follow suit shortly thereafter. 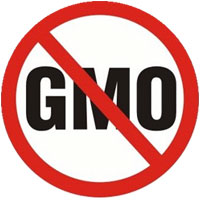 There are ten foods you will need to eliminate from your diet immediately, if you want to avoid the cumulative damages of GMO products. These products include combinations of the GMOs listed in the above paragraph.

GMO foods are illegal in many developed countries that include Europe. China banned genetically modified organisms, determining that GMOs are not safe for human consumption. Yet, here in the United States of America, our initiatives to have labels attached to genetically modified food sources failed. The reason being, it’s BIG agribusiness!

At this time, the most powerful U.S. agribusinesses and chemical companies, such as, Monsanto, Syngenta, DuPont, Dow Chemicals, and Archer-Daniels Mid-Land, control not only the GMO seed, they control the entire seed supply. Genetically modified foods are considered intellectual property. GMO plants are designed not to produce wild seed.

It’s a strange picture when you consider the ramifications that come into play. One factor being determined is how to feed the ever-growing population of hungry people. The other factor is the health of our nation’s people. Overall, we are not getting healthier because the food we are consuming is unhealthy and life threatening. It’s a double-edged sword in my opinion. This fact alone causes me to ask myself some pretty hard questions about the future.

For example, glyphosate, the active ingredient in Round-Up, has been linked to all types of birth defects, cancers, endocrine disruption, and damage to the both DNA and reproductive organs in animals. US crops are sprayed with this pesticide thoroughly and abundantly. 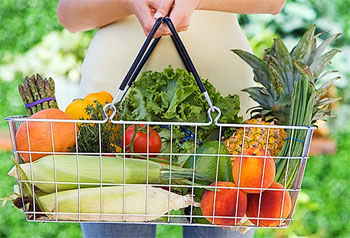 Seeds are also genetically modified to produce plants that produce bacterial toxins (Bacillus Thuringiensis) designed to kill insects which feed on it. Therefore, you can wash your fruits and vegetables all you want, but you cannot wash off what’s inside them.

You might be asking, what can I do about it? First, my advice would be to learn what you can about genetically modified organisms. There’s so much on the Internet, and depending how far you want to dig will depend on you. The basic facts are not difficult to understand. The long-term damage from GMO food products on human and animal health is well documented.

Unfortunately for many consumers who are trying to put food on the table in an economically exhausting time in history, organic foods are just too expensive. For many others, the fact that organic fruits and vegetables aren’t so aesthetically pleasing, determines choices some make. But organic is a better choice overall.

My next bit of advice would be to grow some of what you consume in a private home garden. It’s not as difficult as you may think, and it’s very cool to watch the seeds you planted grow into edible organic foods. If you opt for growing your own, seek out Internet heirloom seed suppliers and learn to save some seeds for next year’s growing season.

If you have any questions about GMO’s, or growing your own heirloom seeds, please feel free to contact me. I love to help others find new ways to live a happier and healthier life!