You are at:Home»Diet and Nutrition»Health Effects of Caffeine – Benefits and Risks of a Popular Drug

Caffeine is a mild central nervous system (CNS) stimulant drug with a bitter taste. Pure caffeine is a white crystalline solid belonging to the category of xanthine alkaloid and is usually derived from a decaffeinating process in tea and coffee. Caffeine is available in various quantities in different fruits, seeds and in leaves of plants. It can be found in the seeds of coffee plants, in the leaves of a tea bush or from the kola nut. The presence of caffeine in these plants can help to reduce the parasites and insects feeding on them and thus prevents them from getting affected by them, which in turn helps to increase their pollination. There are some varieties of berries like Yerba mate or guarana, which also contain caffeine in substantial quantities. Products containing caffeine may also contain some other types of methylxanthines. For example, tea contains a xanthine called theophylline.

Pharmacology of Caffeine
Caffeine acts as an inhibitory neurotransmitter adenosine, which leads to behavioral sedation, dilation of coronary and cerebral blood vessels, and may lead to asthma. This is because caffeine occupies adenosine receptors and thus blocks the action of that particular transmitter. After consumption, caffeine gets absorbed rapidly from the gastrointestinal tract and immediately reaches the brain because it can easily pass through the blood brain barrier. Caffeine gets equally distributed in total body water and can freely cross the placenta and reach the fetus in a mother’s womb. However studies have shown that only excessive amounts of caffeine consumption during pregnancy can cause harmful effects on the fetus. The metabolism of caffeine is aided by the liver and can be completely excreted from the body by the kidneys. But the result of metabolism and excretion from the body may vary from person to person depending upon their period of use. The rate of metabolism is shorter in people who are using caffeine for a comparatively shorter period of time while it is longer in those who are using caffeine for a longer period in their life. In the case of smokers, the metabolic rate and excretion process of caffeine is enhanced while the metabolic rate and excretion process may become slower during pregnancy, or for those who use contraceptive medication.

Stimulant Effects of Caffeine
Caffeine, being a central nervous system stimulant, is usually used to reduce the physical fatigue and to enhance the alertness in the human body. It also acts as a metabolic stimulant but these effects may vary from person to person depending upon their body size and degree of tolerance. The effects of caffeine in the body starts within an hour of consumption but it may not affect all people in the same degree. Since it helps to prevent drowsiness, prolonged use may lead to issues with insomnia.

Health Effects
Caffeine is an addictive drug, which affects most people when it’s consumed at the rate of more than 250-300 mg per day. Consuming high doses of caffeine every day can lead to a condition called “caffeinism” which basically means psychological caffeine dependency. This may lead to fatigue, depression, irritability, jumpiness, deprivation from solid sleep, tremors and vascular headaches. However, less than 200 mg per day is considered to be safe and this dosage may help some people feel better and more alert. It alters the brain’s natural state in a similar manner as cocaine or heroin by altering the production of dopamine in the brain. However, it can also be used medically as a mild diuretic to flush the system along with being a good stimulant.

Caffeine usually blocks the adenosine’s ability to allow the nerve cell to fall asleep and increase the speed of activity levels. As a result, the blood vessels in the brain get constricted and the person fails to feel any pain in the body. That’s the reason many common painkillers contain caffeine. Caffeine, cocaine and heroin have a similar effect on the human body by increasing neuron firing in the brain by which the person receives a “feel good effect”. 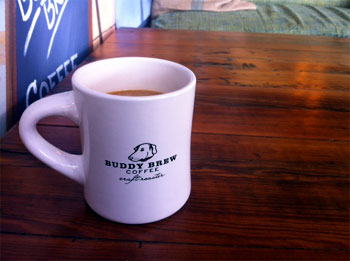 Different Conceptions about Caffeine
There are various types of conceptions and misconceptions about caffeine worldwide. Caffeine affects different people in different ways depending upon their tolerance limit within the body. The average half-life period of caffeine is about 5-6 hours in the human body. A tolerance level gradually develops within the body after prolonged use of this drug and when this happens, the dose needs to keep increasing to feel the effects. There are no studies that have shown that caffeine addiction is life threatening and thus it is used as a “mood elevator” even by the doctors.

Negative Effects of Caffeine
Caffeine is a stimulant drug that gets accumulated in the body. Taking heavy doses of it for a prolonged period can actually damage DNA, gastrointestinal tract, brain, bones, cardiovascular and immunity systems. Below are some of the known negative effects of caffeine consumption when taken in heavy doses:

It’s important to remember that prolonged use of caffeine in high doses should be restricted to keep ourselves healthy. Having a few cups of coffee per day is fine but always make sure to watch out for other sources of additional caffeine in different foods you consume in order to keep your overall caffeine intake low to moderate.

I have a post graduate in Organic Chemistry from Mumbai University in India. I have also completed my Master of Philosophy in chemistry. I finished my MBA in Human Resources and Finance in 2008 and I've also finished several certification courses from various reputable institutes. See my profile page for more information!