You are at:Home»Diet and Nutrition»Late Night Snacking – Eating Carbs at Night Will Make You Fat

There is one question we receive more than any other here at ShapeFit. How do I lose the most amount of body fat and get shredded? A lot of guys are really interested in attaining that “cut” look like Brad Pitt in Fight Club. Well, that’s easy just eat less food and exercise more so you burn more calories than you consume. It’s as easy as that right? Not exactly. One of the key concepts you need to understand is nutrient timing and the role this plays in shedding the most amount of fat as possible. Some people call it carbohydrate tapering which is the method of eating carbs at specific times during the day to maximize your windows of opportunity (pre/post workout) to gain muscle and then cutting back on carbs later in the day to maximize growth hormone secretion and fat loss. You can use this method to reach your physique goals but we first need to get a handle on why we snack so much and what we can do about this problem which reeks havoc on your physique.

WHY WE SNACK
Snacking boils down to two main things, comfort and boredom. When you snuggle into the couch at night and pull the covers over you with a big bag of your favorite snack food, a warm sense of comfort rolls over you. You’re nested and you love it. You have a great program on TV, a warm blanket and your good friend, Mr. Snacks. Comfort eating doesn’t get any better than late night with a good movie while you’re chowing down on a massive bag of Cool Ranch Doritos and a huge bowl of ranch dip.

Remember that serotonin (feel good hormone) also has a powerful effect on why we crave carbohydrates at night. It’s really a hormonal domino effect. Eating carbs raises serotonin levels which make you feel great. Then a little later, your serotonin levels drop and your brain is screaming at you to eat more carbs and sugar to spike your serotonin levels back up! Serotonin is a neurotransmitter, involved in the transmission of nerve impulses. It is manufactured in your body using the amino acid tryptophan. 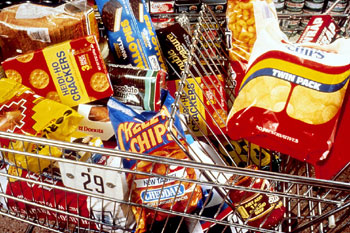 The other factor is simple boredom. Most people are just plain bored at night and there is really nothing else to do other than continuously snacking on junk food. If you feel yourself slipping into a boredom scenario, the first thing to do is understand what is happening and then get up off the couch and get moving. Go out for a quick walk or even drop down on the floor and bang out 20 pushups. This will jolt your system and make you fully aware of your environment and your snacking issues.

MENTAL DISCIPLINE
If you want to get truly shredded and you’re not a naturally lean person, then it simply comes down to overall mental toughness. Its called discipline and it’s the #1 factor which will separate you from all the others out there that want a lean physique. The truth is that it takes a lot of hard work and mental discipline to attain a six pack of washboard abs. If it was easy, everyone in the gym would be jacked up looking like Leonidas and the rest of the 300 Spartans. The reality is hard and most people don’t want to hear about the amount of work it takes to really succeed. The question you have to ask yourself is how bad you really want it. You need to know what you want and more importantly, what it takes to get it. You can have the best 6-pack abs workout and fat burning meal plan but if you don’t have the mental toughness to stick to the program, you will never achieve the results you truly want. This should light the fire under your butt to get serious and put 100% into your physique goals.

THE PROBLEM WITH CARBS
One of the issues with eating carbs at night has to do with insulin. As the day progresses, your insulin levels are less sensitive which means you have an easier time converting carbohydrates into fat stores. Later at night, your body is winding down from a long day and you usually kick back and cuddle into the couch for a night of TV watching. Your body is basically sedentary and little energy is being used. Couple this with a nice big bag of popcorn, a bowl of fruit or some tortilla chips and the combination is the perfect storm for packing on a roll of fat around your midsection similar to the Goodyear man.

Another problem with carbs is they are so darn addicting. How many times do you crave a broiled chicken breast or a plate of steamed broccoli at night? Probably not too much. We crave carbs, carbs and more carbs! Simple or complex, it doesn’t matter. Carbohydrates are the main source of our snacking arsenal and this powerful desire for sweet and salty food is genetically programmed.

Scientists who have studied taste believe that we are born with a built-in desire for sweets and a distaste for things bitter. Since sweets are high in energy, we are genetically programmed to seek the sweetness of mother’s milk. On the other hand, we are genetically programmed to shun bitter foods because in nature, many bitter foods are poisonous.

The salt sense also developed a nice, distinctive taste to drive humans to seek out foods which contained salt. Salt is essential for the correct function of our brain and nervous system. Most basic foods which made up a large portion of the diet in primitive times contained little salt. Thus sensing salt in food was beneficial in order to obtain enough for human needs. 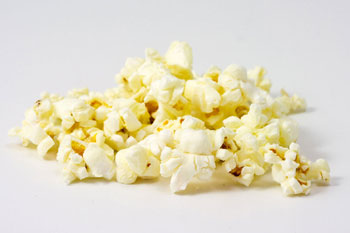 LATE NIGHT SNACKING & EFFECTS ON GROWTH HORMONE
What happens when we fall sleep? As much as 90% or more of all HGH (human growth hormone) is released in 5 short pulses during deep stage rapid eye movement (REM) sleep. If you miss your scheduled 8 hours of sleep, your secretion of HGH will be less than optimal and the benefits of maximal HGH release will be effected.

According to researcher Dr. Bill Misner Ph.D., “allowing the body to settle into a fasting state 3 hours prior to bedtime totally clears gastric-related digestive activity, allowing the maximum 5-pulsatile human growth hormone (HGH) bolus to be released from the pituitary gland. The mechanism of postprandial diurnal pulsatile growth hormone peak is largely dependent upon lowering blood levels of free fatty acids, blood sugar (including insulin) which in general takes 3 hours before levels reach their respective nadir.” [1]

Research also shows that HGH released at night has an amazing effect on the mobilization of fats transferred into the energy cycle rather than being stored as fat. By eating your last meal of the day 3 hours before bedtime, you can help your body release maximal HGH which in turn will help you lose fat and achieve a leaner physique!

WHAT SNACKS ARE ACCEPTABLE
If the walls are closing in around you and you absolutely cannot pass up a snack later at night, the first thing you want to do is take your shirt off and go look in the mirror. Ask yourself if your physique is truly at the level you’re satisfied with. If it’s not, go chug down a massive jug of cold water and hopefully this will fill up your stomach well enough so you can hit the sack and get over the hump. If you absolutely have to consume something, make sure not to sabotage your entire dietary plan and make smart snack choices to continue your journey to shredded joy. Here are some great high protein, low carb snack choices for late night: