You are at:Home»Diet and Nutrition»Managing Appetite – How Hunger Controls Your Eating Patterns

Barring psychological disturbances, the overriding goal of the human body seems to be staying alive. Air, water and food in that order are absolute, essential and immediate concerns of the body. But the only one that we are told to control, and are made to feel guilty if we cannot control, is food. We must eat to live, but we must not let it get out of hand.

We have two mechanisms for making sure that we are providing the body with food. We have physical hunger, which is so powerful that human beings have done unthinkable things to quiet the deafening roar of a ravenous belly. And we have appetite. Appetite is, for some reason, more nearly thought of as psychological rather than physical, although it is driven by physical organs such as the hypothalamus and the brain stem and a myriad of hormones.

I would dare to suggest that our need to place appetite in the psychological realm is tied to our deeply held religious belief that gluttony is a sin, even though, more often than not, when the bible speaks of gluttony it is discussing drunkenness. Still, people in the west are products of puritan ancestors and as such we have been very effectively scrubbed clean of any ideas of the pagan joys of occasional excess. Yet with all the admonishments, we do a blatantly poor job of controlling our appetites for food. Why is this?

If we take all the emotion and religion out of appetite, we find that we simply do not have the final word on how much we eat. In the movie, Instinct, Anthony Hopkin’s character makes the point that our belief in our ability to control things is an “illusion.” And it is an illusion to think that we have the ability to override the powerful hormones and internal processes that lead us to eat, and sometimes overeat, by a simple act of will.

A brief look at how appetite functions clearly shows that it is not just a psychological process, but like hunger itself, appetite is a physical process driven by a complex set of signals. 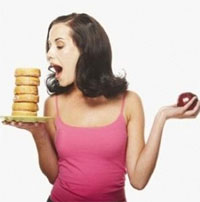 In the article, “Appetite Regulation: from the Gut to the Hypothalamus,” (Clinical Endocrinology, Neary, 2003) the regulation of appetite is accomplished by the “circulating hormones leptin and insulin, and the gut hormones ghrelin and PYY3-36 and signaled to the hypothalamus.” This is actually a summary description, but for the purpose of this article, it will suffice to look only at these major players in the control of our appetite.

Ghrelin “stimulates the brain giving rise to an increase in appetite.” The article goes on to say that ghrelin is produced in the stomach and is “known to be important in the development of obesity, given that, on stimulating the appetite, it favors an increase in body weight.”

PYY3-36, an incredibly complicated line in the series of peptides, is secreted into the blood after ingestion of nutrients. It is termed a “gut hormone” because it is found mostly in the intestine. The theory is that PYY3-36 “elicits satiety through neuropeptide Y (NPY)-Y2. In other words, PYY3-36 is an appetite suppressant.

Leptin is “produced by a specific gene found in fat cells called the o/b gene”. Like PPY3-36, Leptin also works as an appetite suppressant. Although, Leptin is indicated in other functions including: regulation of energy metabolism and reproduction in humans and animals.

Insulin is known as an appetite suppressant, although through a complex series of events, many of its functions can contribute to obesity. Insulin is “responsible for the storage of all the foods we eat… In some people the body overcompensates and releases too much” (insulin). Further, insulin “activates lipoprotein lipase.” This enzyme acts as a roadblock for the removal of triglycerides (fat) out of the fat cells.

All of these hormones (as well as many others) also work in less direct ways that may have an effect on appetite. For example, leptin raises body temperature which increases energy expenditure. So, while on the one hand Leptin suppresses appetite, on the other, by increasing energy expenditure, (which on the surface may sound like a good thing) leptin may actually signal the release of other hormones that work in opposition and actually increase appetite.

These are complex functions in the body and brain. The personality, no matter how disciplined, does not control them.

So what is to be done in a society that demands that we control what is not ours to control? If we want to affect appetite, we must affect the hormones that control it.

As always, knowledge is power. Much research is frantically proceeding to find the magic combination of these appetite hormones that will end the obesity epidemic. However, we do not yet have that magic combination. Until then, perhaps by understanding how our hormones and inner processes work, we can play them to our advantage. 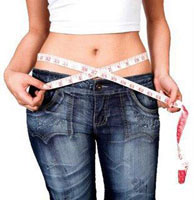 For example, there is growing support for a link between sleep and appetite. Many of the same players are involved in sleep as are involved in appetite, including leptin. “There is a well-documented relationship between short sleep duration and high body mass index. In the largest study, a survey on sleep duration and frequency of insomnia… increasing BMI occurred for habitual sleep amount below 7-8 hours”. Here again, leptin and ghrelin are implicated, “the researchers also found that shorter sleep times were associated with increased circulating ghrelin and decreased leptin, a hormonal pattern that is consistent with decreased energy expenditure and increased appetite and obesity”.

Of particular interest too is the relationship between leptin and inflammation. “Leptin promotes inflammation” And there is a theory that obesity is one of the “low grade systemic inflammatory diseases”.

So, certainly no harm is to be done by making sure that we consistently get 7-8 hours sleep each night and that we take steps safely to reduce our inflammation levels, such as upping our intake of omega-3s.

Another culprit that shows up in studies relating to appetite regulation by the body is stress. Stress reactions lead us back again to leptin since “An uncontrollable stressor can lead to the activation of the HPA axis resulting in the immediate release of CRH. This stimulates the release of cortisol. However, it is not known how cortisol triggers overeating; studies have shown that there is no direct effect of cortisol, but it may influence other factors such as leptin”.

Many steps can be taken to reduce stress including meditation, yoga, and exercise. Commonsense approaches to creating a healthy body may help in stabilizing the hormones that tell us to eat.

What does not help is making people feel guilty for problems that are beyond their control. Managing appetite is as complex as any other issue of our times and, as with the problems of the past, it will take us a while to unravel the real causes of our modern obesity epidemic. When we do, it will almost certainly be found that people are not simply lacking in discipline, just as the “poisonous cloud” was not responsible for the plague.