You are at:Home»Diet and Nutrition»Natural Food Diet Concerns – Eating Natural vs. Unnatural Foods

Our fitness culture has long been in love with nature. Many programs are based upon what Mother Nature intended for us. This is especially the case when it comes to diet. Many dietary dogmas are based upon the idea that certain foodstuff and eating styles are more natural and therefore a healthier way to feast. At the same time, these dogmas urge the avoidance of anything that supposedly isn’t natural and thus not healthy for our consumption. While the idea sounds great on paper there are more than a few hiccups with such reasoning.

Issue #1: We Don’t Live In a Natural World
When I was in college I spent a semester in Japan. As you might imagine the dietary options in the land of the rising sun were very different from what I was used to in America. Just finding a jar of peanut butter was a serious undertaking. I did my best to eat as I was used to, but it used up lots of time and energy on a daily basis.

During that trip I learned that diet is heavily influenced by environment. Eventually, I grew to enjoy Japanese food and my dietary habits became a heck of a lot easier. I came home from that trip with the knowledge that a healthy diet is one that works with the dietary environment rather than against it. Fighting against the modern, and not always natural, food system can be a daily stress.

Issue #2: We Don’t Always Know What Is and Isn’t Natural
The other day I learned that bananas can’t spread without the help of mankind. The banana as we know it would never have existed in the wild. I also learned that the potato is a rather new creation as well. Yet despite this, I’ve seen the potato and banana used many times in various “natural dishes”. The line between natural and unnatural isn’t nearly as clear as we sometimes perceive. If the distinction isn’t that clear, could it really be all that important?

Issue #3: Mother Nature Isn’t Always Kind
I grew up with the idea that the natural world would provide everything we humans needed and the whole universe is somehow set up for our well-being. Thus if it’s natural then it must be healthy. 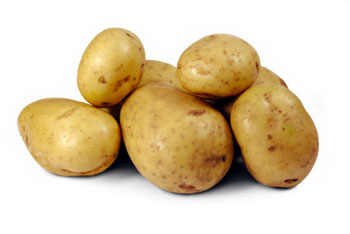 Of course I never stopped to think about all of the nasty stuff that mother nature could do to us. Everything from the weather to our fellow creatures can help us be healthy and survive. On the other hand, Mother Nature wouldn’t think twice about killing millions with a tidal wave or make someone suffer a long agonizing death from a snake bite.

Issue #4: Your Body Doesn’t Have Permanent Dietary Settings
Many ideas surrounding a natural diet are based on the idea that your body operates within a very narrow set of parameters. Supposedly, your ability to withstand certain foods has evolved over many centuries and those digestive settings are set in stone.

Thankfully, this is not entirely true. Your body adapts and changes to handle a change in diet just as it adapts to handle exercise. Sometimes the natural dietary gurus will use this adaptation to convince you that certain foods are bad and should be avoided. They may give you a challenge to not eat something they claim to be unnatural for a month or so. They’ll say you’re doing this “detox” to somehow cleanse your system from the bad things that have built up over the years. At the end of the challenge they’ll tell you to eat some of the foods you stayed away from. Predictably you’ll feel some discomfort from eating them. They won’t taste very good and they won’t have the appeal they once did. You may even feel a bit sick. The diet guru will then claim your discomfort is because the food is bad and the fact that you feel bad is proof the food is unhealthy. 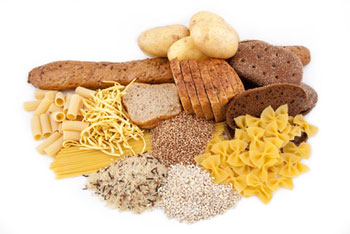 While it seems convincing, it’s not altogether true. You can do the same thing with exercise. If you’re an avid runner, I challenge you to do a running or cardio “detox” for the next 6 weeks. At the end of it, go out and run a 10K.

I’m no runner, but I would bet the farm that you’ll feel pretty bad for most of the race. The next day you’ll feel more tired and sluggish than normal and your muscles will be sore and stiff. However, you wouldn’t ever say that’s because running is bad. Instead, you’ll just say that you were out of shape and in time you’ll be reconditioned.

The exact same thing happens with food. Abstaining from a food and then feeling bad once you eat it again doesn’t mean the food is necessarily bad. It means your digestive systems are out of shape. I would even argue that the detox period did you more harm than good as we could claim that your system is now weaker and deconditioned.

Yes, we humans do have our genetics and eons of evolution which highly influence how we function. However, we must not forget that we can also condition both our body and mind to function differently within a matter of weeks. A healthy diet must take both physical conditions into account. It must make the best use of both genetics and evolution as well as the immediate environmental and habitual conditions. To fight either would create lots of stress and detrimental pressures on both body and mind.

In the end, keeping a diet that’s closer to what nature intended is a great philosophy, but it can become problematic when it turns to dogma. When we make our choices based entirely on what is supposedly natural versus unnatural, we start to lose the freedom of self-control.