You are at:Home»Diet and Nutrition»Overweight Nation – Dealing with America’s Obesity Epidemic

I’m always impressed by dramatic weight loss results. I’ve always loved a great makeover. It’s inspiring to see individuals who have been changed in positive ways by their success. It’s also discouraging to witness those same individuals gain their weight back. It makes me sad to see the burden of failure in their faces once the weight begins to pile back on again. The twinkle that was in their eyes before starts to dim and they must once again regain the motivation to start their weight loss cycle again. The cycle is referred to as yo-yo dieting, and it’s the condemnation of many overweight Americans.

Losing weight can offer an individual the confidence and motivation they may have lacked before. Individuals who lose a noticeable amount of weight receive attention from their peers in the form of praise and compliments. It’s from that point on that they’re able to pursue challenges confidently in other areas of their lives. I know from personal experience because I have been overweight myself.

Unlike the yo-yo dieters I’ve referred to above, I gained a lot of weight only once in my lifetime. But I still remember the many years I avoided the mirror and didn’t allow myself to be photographed. When I finally had enough and made the decision to lose the weight, I was determined and committed to change everything about myself that needed to be corrected. I saw my extra weight as an obstacle in the way of getting what I wanted from life.

I have found that it requires the utilization of different methods and practices to keep my weight in check. I keep my healthy lifestyle interesting by not following the same disciplined diet and exercise plan for more than a few months at a time. I like to mix it up by adding new foods and healthy alternatives to my personal program. I believe that a month or two of strict discipline from time to time is good for the biology and the psychology, but so is splurging. Therefore, I keep a close watch over my checks and balances where my diet and activities are concerned.

Currently, there are more than one billion estimated overweight people in the world. More than sixty billion dollars have been spent on weight loss foods, potions, programs and procedures. It is anticipated that these numbers will not decrease any time soon. Our modern lifestyles have changed so dramatically and in contrast to that of our ancestors of only a few generations ago. Unless you live downtown, people generally do not walk or ride bikes where they need to go. Too many people sit most of the day in one seat or another. Too much of the population has developed an entitled mentality, and so many individuals believe all things should be supplied to them fast, including their meals. 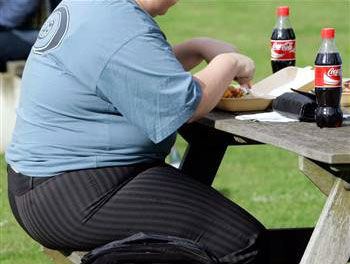 Consider the average American day. We spend approximately seven hours on average in bed at night, attempting to recover from a fast and unnaturally stressful lifestyle. Most people do not get enough sleep to begin with, and this causes biological problems. We get up in the morning and sit at our computers to check our email and social network sites. We sit and drink coffee. Some of us have hurried breakfasts made of some sugary laden simple carbohydrate, and then we get into our cars and begin our commutes to work.

When we arrive on the job, many of us sit at a desk or in another seat of some sort for the next eight hours. During our time at work we sit and eat our lunches. After work, we sit back down in our cars and drive home again. Upon arrival, we sit back down at our home computers to check our email, then eat our dinners and watch our evening television programs while sitting. After our computer or television break is complete, we go back to bed for seven more hours of broken REM cycled sleep. During an average day, we spend approximately twenty hours sitting on our bums!

The schedule for American children is similar, except that they spend their time sitting in school chairs and on school buses. Instead of playing outside with other active children, we encourage them to stay inside because the world is full of dangerous people who may snatch them up where they play. Therefore, free time is spent in front of computers and televisions playing videos games and watching trash television for entertainment. Fewer children participate in sports outside of school and physical education (P.E.) is not encouraged, as it once was when I was young. Because children begin an unhealthy lifestyle from the beginning by consuming too many meals from fast food restaurants, young bodies that are ready for life don’t reach their potential and fall apart sooner. Health problems which normally affected older adults are now affecting our young people at an alarming rate. 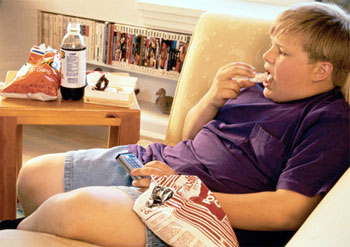 When I was growing up in the 70’s, we ate out about once per week as a family. I remember going to Shakey’s for pizza, or Rose’s Diner for a homestyle fried chicken dinner. On fast food Fridays, I would meet friends at the local Jack-in-the-Box in town and feast on burgers and fries. The remainder of the week, we ate meals prepared by our parents. Even though my mother was fully employed, she always prepared dinner for the family. She also served my brother and I a healthy breakfast each morning, and we always had money to buy a school lunch.

I used to walk a few miles to and from school each morning with my best friend, Anita. After school, she and I played soccer on teams or we went running together. We were always on the move. Being active was encouraged, and all the neighbor children were outside playing games such as; brutal full-force Tag, down and dirty Hide-and-go-Seek, Marine Warrior, Red light-Green light, and Baseball. We played in the woods or out in the street until late into a summer evening.

That’s all changed and those days are long gone for many children, and the weight of the nation has grown heavy and burdened by body fat, diabetes, cardiovascular disease, and all sorts of other degenerative health conditions brought on by obesity and inactivity. We pump our children full of every new drug known to science, just to keep them immobilized and controllable. We have bought into the age-old saying, “Children should be seen and not heard.” Modern-day children have become zombies, with acronyms to describe a multitude of biological and psychological disorders.

It’s been reported that about 50% of children today do not get the minimum amount of exercise necessary for health. Refined sugars and saturated fats in the junk foods they’re consuming, lead to a multitude of poor health conditions caused by excessive weight and a disruption in metabolism. The ingredients in junk foods have also been suspected of affecting mental processing through interruptions in neural connections. Obesity has been linked to neurodegenerative diseases in adults and children. 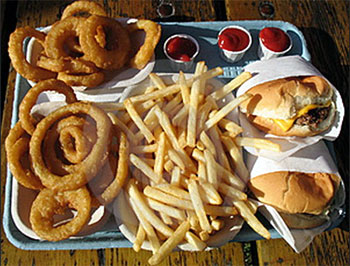 I’m 51 years old today, but I became interested in health and fitness long before it was mainstream. As a teenager in high school, my healthy eating practices were a novelty of the times. Even when I became fat, I remained conscious of what I put in my body and felt more ashamed as the weight increased. As we have become more aware of health, so have American health problems increased. Consider this theory of mine for a moment and I’m sure you’ll see my point.

A large majority of children are being raised in low-income or single parent households where money is tight. For many families, a healthy diet is not the priority. The most important thing is putting food on the table. A majority of American children begin their young lives consuming meals from fast food restaurants or pre-packaged boxes that contain ingredients nobody but a chemist recognizes. This routine begins with breakfast and ends with a dinner made from animal by-products, chemical additives, partially hydrogenated vegetable oils and high fructose corn syrup. Their developing bodies are made up of cells that are attacking themselves in defense of toxic chemicals their cells do not recognize. The cellular war has begun even before they have reached maturity and the natural breakdown of the aging process has begun. That’s why we are seeing a consistently growing population of children developing and dying from diseases that were once related primarily to older adults.

As adults, years of cumulative factors have been brought into effect. Most adults my age and older grew up eating in their homes, not at fast food restaurants like Jack-in-the-box, McDonalds and Burger King. Most of our health problems were diagnosed later in life, while more modern children are exhibiting these symptoms much earlier.

In the school district where I’m employed, I observe both the children and their parents. I’m a very analytical people watcher, and I can’t stop myself from critiquing others as they walk by. It’s very discouraging for me to observe such alarming numbers of young people in poor physical condition. I even observe a large minority of young girls in the middle school who have muffin tops hanging out of their shirts and over the tops of their pants. The boys are equally pathetic, exhibiting a feminism of the male sex layered in body fat. To make matters worse, butt crack appears to be some sort of fashion statement. I call it “Fat Crack”. By the time these kids are in high school, it’s become even worse! 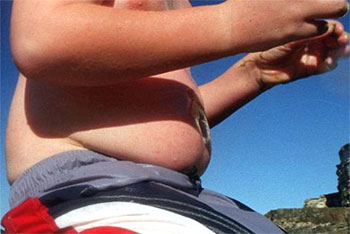 The question becomes, where do we go from here? Are we going to continue to allow parents to ignore the issue, while large food conglomerates corner the markets of our food supplies? Are we going to continue to behave in a complacent and irresponsible way, so that the government not only determines the health care of our children’s lives, but how we raise our children, too? Wake up America, the proof is in the pudding!

I used to become so upset while doing nothing to be a part of the solution. I have now come to the conclusion that it is my responsibility to tell you what to do about your health. My simple solution to the world-wide epidemic is easy! My remedy begins by doing the following: