You are at:Home»Diet and Nutrition»Paleo Diet Guide – Should You Eat Like a Caveman or Not?

So if you have not been living under a rock or in a cave (pun intended), you have probably heard about the Paleo diet. It is one of the hottest new diet plans on the market.

The Paleo diet is a modern nutrition plan based on the presumed diet of Paleolithic humans. The diet is based on several theories: (1) That human genetics have changed only slightly since the end of the Paleolithic era and the dawn of agriculture. (2) That we as modern humans have adapted to the diet of the Paleolithic era. (3) With current science and technology, we are able to distinguish what the Paleolithic diet consisted of.

The diet first became popular in the mid-seventies when gastroenterologist Walter L. Voegtlin proposed that consuming the diet our ancestors ate would promote health. Today there are numerous doctors and nutritionists advocating a return to a preagricultural diet. There is no shortage of websites and books synthesizing diets from modern-day foods that share nutritional characteristics of the ancient Paleolithic diet. Many have developed their own variation. For example, some Paleolithic diet followers believe that human genetics have not yet adapted to cooked food and therefore will only consume raw foods. Some also recommend a higher protein, low carbohydrate and moderate fat approach to the diet.

Rationale
One of the early Paleo diet researchers, S. Boyd Eaton, has written a couple of books on the diet. He believes humans have inherited the biochemistry and physiological characteristics that existed before the invention of agriculture over 10,000 years ago and that genetically our bodies resemble humans some 20,000 years ago.

The reasoning behind the nutritional approach is that through natural selection, humans had time to adapt to the physiology and metabolism of the Paleolithic humans and the conditions of that time. But since the invention of agriculture and its change on diet, natural selection has not had sufficient time to adapt. Followers of the diet feel refined sugars, dairy products, cereals, refined vegetables oils and alcohol contribute little if no energy in a typical preagriculture diet. And that excessive intake of these foods leads to cancers, diabetes, obesity and cardiovascular disease. 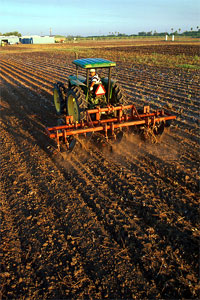 The changes in diet composition are theorized as increased risk factors in the development of diseases and chronic illness that have arisen since the end of World War II such as cardiovascular disease, diabetes, hypertension and obesity.

Paleo diet followers believe these illnesses are from over-consuming diets high in refined carbohydrates and less lean protein foods which are found in modern diets and are quite different from the foods eaten during the Paleolithic era. The Paleo diet was much higher in protein and less from carbohydrates.

Nutrition Considerations
Today, there are several variations of the diet, which mostly consists of grass-fed meat, eggs, fruits, vegetables, roots and nuts. What is not included are some variations of foods perceived as cultivated: grains, potatoes, refined sugars and processed oils. Please note, depending on which variation you may follow, some include potatoes while other do not.

The diet is rich in monounsaturated and polyunsaturated fatty acids with lean proteins from grass-fed beef, which produce higher levels of omega-3 fatty acids as does fish and seafood.
Paleo diet followers will not lack for fiber in the diet with the variety of fruits and vegetables which are abundant in fiber. This may assist with lower risks for diabetes, metabolic syndrome and obesity. Primarily because with less refined sugars in the diet, the pancreas is less stressed to produce insulin.

Because dairy products are not eaten, two dietary deficiencies should be monitored: calcium and Vitamin D intake. A supplement maybe necessary as intake of these two items is likely suboptimal.

Is The Paleo Diet For You?
Whether you believe in the theories behind the diet or not, and whether you may follow it or not, is certainly up to you. As with any specific nutrition plan, it must be realistic and applicable to your lifestyle. Certainly eating less refined grains and processed foods, lean protein sources and a variety of fruits and vegetables should be a part of your diet regardless of the “nutrition plan” you may be following. Following is a general list of “foods allowed” and “not allowed” on the Paleo diet with some variations depending on the Paleo plan you choose to follow.

Foods Allowed on The Paleo Diet:

Foods to Avoid on The Paleo Diet:

Whether you choose to follow the Paleo nutrition plan or some variation of it then just remember to eat whole foods, avoid processed and refined foods. Eat as close to nature as possible and avoid foods that cause stress for the body (blood sugar, digestion etc.) Eat nutrient dense not energy poor foods to maintain optimal energy levels.

Food is a pleasure in life and one of the few things we can control. So choose wisely and make your choices count. The following is tasty recipe I think you will like. Enjoy!

I am a Registered Dietitian, and accredited through the American Association of Drugless Practitioners as a Certified Holistic Health Counselor, a certified Personal Trainer and Spinning Coach with over ten years experience in the fitness and wellness industry. See my profile page for more information!