You are at:Home»Diet and Nutrition»Guide To Processed Foods – Watch Out For These Top Diet Killers

Convenience oftentimes means compromise, which is exactly what the world of processed foods has done to the food industry. Food out of a box, on a shelf or in a can dominate grocery carts. The bottom line is that eating food that has been “altered” is a disgusting concept, but extremely popular none the less. Although not all are unhealthy, the majority of processed foods aren’t “clean” and contain higher content levels of sodium, sugar, and fat, explaining their long shelf lives.

Simply put, a processed food is one that has undergone “freezing, canning, baking, drying”. Gosh, that covers quite a few items. The most common items would include, “breakfast cereals, cheese, tinned vegetables, bread, savory snacks, such as crisps, sausage rolls, pies and pasties, meat products, such as bacon, sausage, ham, salami and paté , ‘convenience foods’, such as microwavable meals or ready meals, cakes and biscuits, and drinks, such as milk or soft drinks” (reference). These products taste good because of all those extra ingredients. 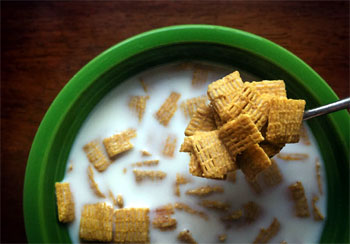 There are a lot of empty calories in the food choices listed above. They contain a lot of extra sugar, and this means high fructose corn syrup too. In excess, “It can lead to insulin resistance, high triglycerides, increased levels of the harmful cholesterol and increased fat accumulation in the liver and abdominal cavity”. But they taste so good! Well, that’s because: “Food manufacturers spend massive amounts of resources on making their foods as “rewarding” as possible to the brain, which leads to overconsumption”. Most times, you don’t really even know what all you are actually eating. From added flavors, preservatives, and ingredients that create a certain color, look, or taste, there’s nothing natural about that. Processed foods are simple carbohydrates and people go crazy over them! These are NOT the right kinds of carbs our bodies need for proper fueling, but they are easy and tasty. Therein lies the issue: “One of the main problems is that refined, “simple” carbohydrates are quickly broken down in the digestive tract, leading to rapid spikes in blood sugar and insulin levels” (reference).

I have certainly eaten my fair share of these foods. I used to love macaroni and cheese out the box, raviolis, any sugary goodness cereal, and canned vegetables were always a side. As a kid, I could make these myself so mom and dad loved it too. That was during a time period when not everyone was so calorie concerned or looked at the labels. It made after school snacks and packing my own lunch easy, which is the convenient part of processed foods. When buying in bulk became popular, I could have as many fruit snacks as I wanted. I have always been a considerably healthy eater even prior to being a fitness guru, but now that I think of all the salad bars I chose to eat at thinking it was the healthier option, how much of those foods were dumped onto the line directly out of a can and ready to serve quickly? I most likely had some salty goodness and that’s why I could go back 10 times and think I’m eating so healthy. The lack of fiber and nutrients in these foods make them simple so that a person is hungry again very soon after these foods digest quickly, which means going back for more is inevitable. It’s a seller’s market for sure! 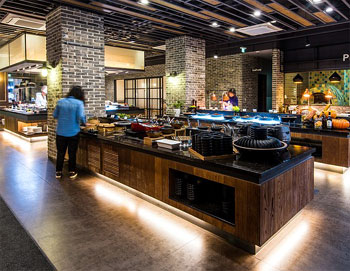 Here’s the truth, “It may surprise you to learn that more than 75% of the sodium Americans consume comes from processed items and restaurant foods. Only a small amount comes from the salt shaker, either during home cooking or at the dinner table” (reference). It is difficult to avoid, especially when pretty much any item with a “Nutrition Facts” label on the back means the food isn’t raw and has added ingredients. Which means that even if you do cook from scratch, at some point you probably will use some type of processed food in your own process. Farm-to-table is not an easy lifestyle.

The statistics are startling. Here’s more, “We like junk food so much that 61% of the food Americans buy is highly processed, according to research published in the American Journal of Clinical Nutrition. And almost 1,000 calories a day of a person’s diet comes solely from highly processed foods” (reference).

But let’s not be totally negative about these foods. Not all are as bad as others. Take milk for example since it is considered a processed food. However, milk does contain calcium and Vitamin D. Realistically, gathering milk straight from the cow and then putting it into your refrigerator isn’t practical for most people. Other items on the better choices list would include pre-made hard-boiled eggs, frozen fruits and vegetables, and canned fish or chicken. Obviously, these are better than a bag of chips or a candy bar.

A couple of tricks to lessen the evils of processed foods would be to rinse any canned products thoroughly before eating. I actually started doing this after college to decrease the sodium levels, and quite honestly, any other preservatives they put in there. Canned green beans and corn are awesome to me and it is more convenient to prepare them from a can since they don’t have that raw taste. This is a prime example of why we chose canned goods. Speaking of this, think of how we have participated in countless canned food drives to support a needy cause. Why do they need to be canned? Well, because they will last forever. Again, it’s important to think about what all is in these foods to make them last years on end. Another idea is that less is more when it comes to reading the “Nutrition Facts” label on the back of each product. The shorter the list of ingredients, the less additives there are which is a good thing. Preparing food at home and knowing exactly what you are putting into your recipes is a huge benefit also. This doesn’t completely avoid using a bag of frozen broccoli, but at least this choice isn’t left up to someone else while leaving you in the dark. 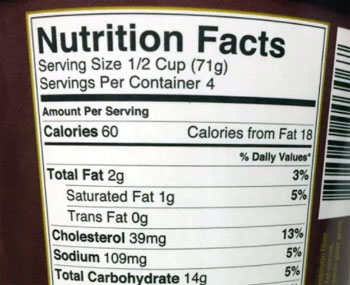 The funny part is that even as we become more educated about processed foods, their consumption isn’t exactly decreasing. Look at the grocery aisles in your local store and they are packed with these choices. Vending machines make lunch breaks easy since it’s super convenient to just grab something and get back to work. Most snacks that people eat are from a wrapper instead of being natural like a piece of fresh fruit. I’m certainly guilty of protein powders, frozen rice that is ready to make, and protein bars. Although I would like to think 90% of my diet is clean, there are parts I could adjust like making my own rice since I do have a huge rice cooker at home, but I love the super convenient bags I can just re-heat in the microwave. The attraction of what’s quick is overpowering. Anything to lessen my meal prep time seems amazing, but I have to do what’s best for my body.

Of course there is a correlation between the soaring obesity rates and processed foods. A diet higher in sugar, sodium, and fat would lead to excess weight especially since people are eating these items in excess. Cheap food lures people in. In fact, “According to researchers, in the 1930s, Americans spent one-quarter of their disposable income on food. By the 1950s, that had dropped to about one-fifth. The most recent research finds Americans now spend less than one-tenth of their money on food”. Our fast food nation is in danger. As mentioned before, just because these restaurants are now listing calorie counts, doesn’t mean people are deterred if it tastes good. Think of all the different coffee drinks there are now and the bigger and bigger sizes available. This doesn’t make the future bright: “A report published in the American Journal of Preventive Medicine suggests that by 2030 as much as 42 percent of the country will be obese. Obesity increases the risk for certain cancers, including the breast, colon, rectum and pancreas, and also  makes one more likely to develop heart disease, type 2 diabetes and stroke, among other chronic conditions” (reference). 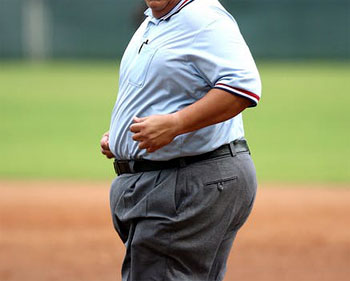 Growing up during a time when my neighbors were my best friends and we played outside until it was dark, we were active enough to fight off much of this excess weight even if we ate ice cream after school. We walked to and from school and quickly did our homework so we could meet up for whatever activity we used our imaginations to come up with. I played sports all year round. The youth of today are much more sedentary. They sit all day at school then come home to sit even more with their technology sources like their phones, iPads and video games. Adults are in the same boat too while having desk jobs and staying on the computer all day. Exercise isn’t always on the list of priorities when the demands of work, relationships, and family have to be met. A parent might sit all day at work, then sit in the car driving their kids around, then decide it’s too late to cook, so there’s always that quick and delicious fast food to rely on. Health takes a back seat to what is right in front of us.

It’s never too late to make healthier choices, get active, and decide to become the best version of yourself. This does involve time, energy, and effort though. There are so many reasons to do this and we have to learn to stop falling victim to what is convenient right now. Of course, the easy route is appealing and hitting the snooze button feels so good, but small sacrifices add up to great rewards. Change doesn’t have to be drastic, but it needs to take place. We should be the example for our youth and start putting our bodies first since we only get ONE to live in. Besides, our body has enough processes to take on. Don’t add any more by filling it up with empty calories, chemicals and foreign ingredients!