You are at:Home»Diet and Nutrition»Protein Facts – Learn Why Protein is Important To Build Muscle

Protein is a major functional and structural component for the growth and repair of our cells. It is made up of long chains of amino acids, which are nutritionally essential and obtained by our diet and provide 10-15% of our dietary needs.

All animal and plant cells contain protein, but the amount of protein can vary widely. Animal protein products have a higher concentration of protein than plant-based protein products, but are also associated with a large fat content meaning they can lead to a high risk of diseases such as high blood pressure and an even higher risk of heart disease when consumed in large amounts. In fact, there is increasing evidence that a high intake of animal protein can increase blood cholesterol, low-density lipoprotein (LDL) cholesterol and obesity, while also increasing the risk of atherosclerosis and coronary heart disease.

Contrary to this however, animal protein does have a well-balanced combination of all the amino acids, therefore it is referred to as a “complete protein”. Plant protein, on the other hand, is referred to as “incomplete” because with an exception of soybean protein, it lacks methionine, which is an essential amino acid. This is why for a person with a vegetarian diet, a variety of plant protein sources are necessary in order to fulfill their amino acid needs. Vegetable protein sources are advised as good sources of dietary fiber and are generally low in fat content, particularly saturated fats.

Protein is an essential source in human nutrition. Protein deficiency has commonly been regarded as one of the most striking changes in human nutrition over the last 5 years. A good example of this was a disease called “Kwashiorkor”, which was a result of a low concentration of dietary protein. Similarly to other diseases such as Marasmus, Kwashiorkor is associated with starvation along with severe protein deficiency. This disease has been one of the most common nutritional diseases in the world, especially in third world countries. Because of this, hospitals, communities and other care environments now commonly use a “Malnutrition Universal Screening Tool” (MUST) to identify adults who are malnourished, or at risk of malnutrition or obesity. This tool, combined with food diaries and nutrition questionnaires, have been considered essential processes in the identification of protein deficiency or imbalance. This is an undisputable demonstration that protein is an indispensable requirement for the growth and maintenance of any living creature, as every cell in our body needs protein for its metabolism. 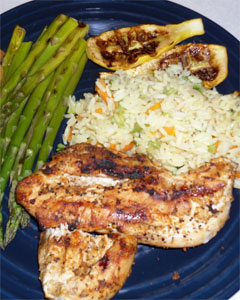 The amount of protein required for each person is variable depending on many factors, mainly body weight, age, physical activity, health condition, environment and their metabolic type. Generally, protein intake should be in equilibrium with protein loss; protein is lost in urine, feces, sweat, blood, skin and hair to name a few. When the protein intake is less than the protein lost, this is called negative protein balance – and when it is the reverse it is called positive protein balance. For normal adults, a neutral protein balance is advised.

The recommended daily allowance (RDA) of protein for adults is 0.8 grams per kilogram of body weight. Growing children and pregnant and lactating women require more protein than this as they should try to maintain a positive protein balance. In addition to children and pregnant women, other conditions where a positive protein balanced is required is in the recovery stage of illness and when there is an increase of insulin, growth hormones and testosterone.

There is a tremendous amount of biological and biochemical diversity among people, so depending on a person’s metabolic type, the amount of protein needed in order to fulfill their metabolic demands may vary. For instance, a person who needs a protein type diet will need relatively high amounts of protein and fat compared with carbohydrates. However, not all proteins are created equal; so the type of proteins to focus on would be those high in fat and purines – these foods are oxidized, meaning they are converted to energy at an efficient rate for this metabolic type. People with this protein-type metabolism are normally characterized by having strong appetites; feeling the need to eat frequently and have strong cravings for sugar when they avoid salty foods. They are also categorized by failure to lose weight through low-calorie diets and experience energy problems of some form – either feeling fatigue or anxiety and nervousness.

The recommendations to follow for those in need of a protein diet are to try to eat protein at every meal and increase their consumption of high density and high purine proteins. Purines are distinct substances derived from a class of proteins called Nucleoproteins, which play an important role in the energy production process in body tissues. They have a particular benefit for protein type metabolizers and directly contribute to balancing body chemistry. Foods high in purine are organ meats, pate, beef and chicken liver, anchovy, caviar, herring, mussel and sardines. Medium sources of purines are nuts and a low source of purine is dairy.

Likewise, protein requirements will also be different from someone participating in sports or suffering an injury and a disease. For instance, in the case of athletes, previous studies have demonstrated that the best time to ingest proteins is shortly after exercise, as this will maximize the use of dietary protein to build and repair the muscles that were broken down as a result of the exercise. Adequate, regular protein intake is essential for athletes because it is not easily stored by the body. Various foods supply protein in varying amounts with complete proteins (those containing 8 essential amino acids) coming mostly from animal products such as meat, fish, and eggs and incomplete protein (lacking one or more essential amino acid) coming from sources like vegetables, fruit and nuts. Vegetarian athletes may have trouble getting adequate protein if they aren’t aware of how to combine foods. Previous research has also suggested that protein consumption may lead to new flu treatments; so by manipulating peptides there is a chance to develop treatments that both kill bacteria and viruses such as influenza while boosting the body’s natural immune system at the same time.

Franklin is a fitness writer and entrepreneur from London who helps teach others about living a healthy and fit lifestyle.