You are at:Home»Diet and Nutrition»Stop Emotional Eating – How To Control Emotions To Eat Healthy

My name is Matt and I’m an emotional eater. That’s not a title I’m ashamed of. In fact, I wear it with a sense of pride and as a badge of honor. I don’t mean that as a way of saying that I’ve overcome my emotional eating or anything. What I mean is that I have learned how to harness my emotions to eat in a positive way rather than a destructive way. While the rest of the world may look at the motion of eating as a negative thing, I use it as an empowering and constructive philosophy.

I wasn’t always this way. Emotional eating used to be the bane of my daily lifestyle. The more I struggled against it, the more it fought back and stressed both my body and mind. That all changed when I was reading some research on how the brain works when making choices and decisions.

It’s impossible to not involve emotion in the food choices we make. As humans, emotions can be our greatest weapon or our strongest adversary. The key is to harness them in a positive manner so that they help us rather than give us an uphill battle on a daily basis.

The most important thing to understand is that what we typically refer to as emotional eating is actually eating from a negative perspective. Destructive eating habits are caused not so much by emotions but rather negative emotions. On the other hand, positive eating habits are all also emotional but they come from a positive emotional place. If we can learn to identify and use our emotions in a constructive way, we can turn them into a powerful force for what we want rather than a fight we cannot win. 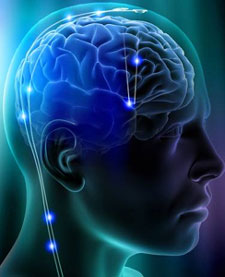 Many of the negative emotional eating patterns are centered around thoughts of fear, loneliness, low self-esteem, and a host of other emotions that can leave us feeling empty and unfulfilled. As a consequence, we often might seek to overindulge as a way to feed the appetites that simply cannot be satisfied by food. The result of course is an over indulgence in any number of food choices which produce negative outcomes. This often gives rise to the idea that we are out of control around certain foods and that we can’t trust ourselves to eat certain foods in moderation. The unfortunate result is often turning towards a restrictive practice and diet that promises to “rescue” us from our out of control emotions by imposing restrictions on our eating. This hardly ever works because it’s not our eating that’s out of control but rather the emotions and negative thoughts that are causing us to react in an uncontrolled manner. The compulsive eating and overindulgence are simply the symptoms and not the cause of the disease. In addition, such restrictive eating also sets us up for more negative emotional reactions to food that further fuel the consumption from a negative emotional place.

I propose an entirely different attitude towards emotional eating. Instead of eating in reaction to negative thoughts and emotions, we should eat for the purpose of positive emotions instead. Examples can be the emotions or feelings of pleasure, satisfaction, energy, joy, and well-being. When we eat to experience positive feelings and emotions, we may actually choose eating habits that are healthy and satisfying. The struggles and uphill battles of trying to “eat right” simply do not exist. As a bonus, the restrictive diet practices that promise us control, through dogmatic obedience, are completely unnecessary. Forsaking certain foods or ingredients becomes a needless imposition. Learning to include all foods and ingredients in a healthy way produces a positive emotional relationship with both food and ourselves. This relationship allows us to eat in a flexible and inclusive way that produces only positive outcomes and zero negative side effects.

The best place to start is to simply focus on whatever positive feelings come from the food choices we make. By focusing on positive feelings, we will develop an affinity for feeling good and treating ourselves well while the negative feelings will simply atrophy and wither away from disuse.