You are at:Home»Diet and Nutrition»What are Flavonoids – Health Benefits with Few Side Effects

Flavonoids are water soluble polyphenolic compounds that usually contain 15 carbon atoms. The structure appears like a linear chain containing three carbon atoms joined by two benzene rings. There are around 4,000 different varieties of flavonoids and many of them are found in various fruits, vegetables and common beverages like tea, coffee, soybeans and fruit juices.

Flavonoids have gained importance recently because of their tremendous health benefits which include having anti-tumor, anti-platelet, anti-allergic, anti-inflammatory and anti-oxidants properties. Some of the flavonoids can also be used for the treatment of cuts, bruises, contusions and sprains. These groups of flavonoids are classified a bioflavonoids.

Sources of Flavonoids
Most flavonoids are obtained from natural sources like various fruits and vegetables such as apples, oranges, pears, grapefruit, blueberries, cherries, raspberries, red cabbages, onions, soy beans, rutin, hesperidin, along with various types of nuts and legumes. Green and black teas are also considered major sources of flavonoids. 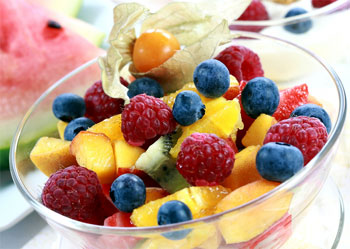 Benefits of Flavonoids
Flavonoids have tremendous benefits for both plants and human beings. This is because they contain considerable amounts of antioxidants, which are responsible for preventing cell damage and the aging process in the human body which is caused by free radical reaction. They block UV radiation which is destructive to nucleic acid. In plants, they combine to create pigmentations in flowers, which serve as the signals for pollinators. Flavonoids also help in photosynthesis by the selective allowance of blue, green and red light. This helps the plants to fight against being attacked from fungi, microbes and harmful insects. Flavonoids may be used in the treatment and prevention of some of the following common diseases:

The following table indicates the names of various flavonoids, their sources and the beneficial effects on the human body:

Mechanism of Action
The mechanism of action for each group of flavonoids is quite complex in nature. Out of the various types of flavonoids, most of them are available naturally in different varieties of citrus fruits, vegetables and beverages like tea, coffee, red wine, beer and fruit drinks. The basic functions of these flavonoids are to help prevent cell damage from the reactive species like peroxynitriles, super oxides, hydroxyl radicals, peroxyl radicals and singlet oxygen. A phenomenon called “oxidative stress”, which eventually leads to cell damage, usually occurs in the human body due to an imbalance created between the reactive species (mentioned above) and the antioxidants available in our body from natural food intake. Oxidative stress is harmful as it may cause many diseases like aging, arteriosclerosis, ischemic injury, inflammation of tissues, neurodegerative diseases like Parkinson’s and Alzheimer’s, including deadly diseases like cancer.

All flavonoids, along with enzymes and vitamins in combination, can prevent many diseases in the human body. Studies have shown that daily intake of large amounts of flavonoids are inversely related to the various coronary diseases including heart attacks. A daily intake of 500-800 mg of flavonoids can help to prevent many of the diseases mentioned above. Taking flavonoids in combination with dietary vitamins like vitamin C (70 mg), vitamin E (10 mg) and carotenoids (approximately 3 mg) is also recommended. 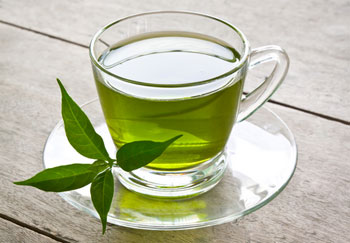 The ability of flavonoids to act as antioxidants and prevent aging and other ailments depends upon the molecular structure of the flavonoids. The hydroxyl group present in the flavonoids and its chemical structure are responsible for the scavenging activities of the free radical reaction in the human body caused by aging. The most important flavonoid with great scavenging activities is quercetin as it possess the best chemical structural features for free radical activities. Prenylated flavonoids and prenyl chalcones are the other group of flavonoids that usually have larger antioxidant capabilities and with this they not only prevent the LDL oxidation in our body but also prevent the cellular damage in animals.

Deficiency Symptoms of Flavonoids
Decreased immunity systems such as frequent issues from coughs and colds, bruises, bleeding from the nose and swelling after any injury are some of the deficiency symptoms of flavonoids.

Side Effects of Flavonoids
Although flavonoids have multiple health benefits, they also have some side effects. Some of the flavonoids like catechin can cause fever, hives or anemia in some individuals although this is quite uncommon. People who are sensitive to citrus fruits may suffer from sore throats, headaches and digestive disorders. Excess amounts of some of the flavonoids, when consumed either via natural source or through supplements, may cause some abnormal disorders especially if the individual is on special medications like hormone replacement therapy (HRT) or high blood pressure medicine. Several studies have been done on the harmful effects of the various types of flavonoids and a narrow scope has shown that excess amounts of some types may cause gene transition especially if the individual is suffering from cancer and under medication. Since each person responds differently with different medications when being treated for a particular disease, similar is the effect of flavonoids in the human body when they are consumed excessively as external supplements. It is always advisable to consult with a physician before adopting any flavonoid supplementation into your diet.

I have a post graduate in Organic Chemistry from Mumbai University in India. I have also completed my Master of Philosophy in chemistry. I finished my MBA in Human Resources and Finance in 2008 and I've also finished several certification courses from various reputable institutes. See my profile page for more information!