You are at:Home»Exercise»Avoid Fitness Plateaus – Don’t Rest After You Reach Your Goals

For over 30 years I’ve either been coached by someone or have coached someone on the concept of not allowing yourself to rest after a goal was achieved. My coach had continually taught us to always think of “what’s next?” This idea consistently kept excitement in our program. We actually were so excited about doing the next program or competing in the next event that we wanted to get the current competition over with. This may sound strange, but it worked. It was the journey that kept us excited. This mindset of never relaxing, whether it was to feel good, if we had done well or dwell on the results if we had done poorly, proved to be key in developing a state of constant motivation. Something that was very special, that I learned over 30 years ago, was that we were consistently praised for how hard we worked and prepared. We were rarely told how great we were or how gifted we may have been. We were praised for our “effort”, so much so that we would work even harder, because we craved being praised by our coach. I recently read a study that was done at Columbia University, by Claudia M. Mueller and Carol S. Dweck. It was reported by Tamara Lowe in her wonderful book, “Get Motivated” that they looked at over 400 5th graders and found that the students who were praised for being smart were less likely to accept challenging situations, for fear of failure. Those who were praised for their effort over 90% of the time chose more challenging tasks to engage in. When I read that I immediately related it to how I had been raised in both athletic and business endeavors. Whenever I was praised for my effort, I many times would be more willing to accept new challenging goals.

Applying a No Plateaus Attitude
I actually chose this attitude of “No Plateaus” many years ago while working with challenging population, such as Brain, Spinal Cord and other neurological situations. My philosophy was the same as I had been taught. “Praise the efforts”. I already believed that everyone had the ability, regardless of their situation, to achieve higher levels of performance. But telling someone how much potential or talented they were just didn’t work. Individuals needed to be praised for how hard they worked. With that type of praise they were more likely to try challenging activities or learn new skills. We also had to have them buy into the philosophy that before a goal is achieved we were already planning the next one. Nothing was impossible if we were willing to work hard, this was our mantra. Let me be clear, this will not work if we label individuals, by their potential, good or bad. You must praise the effort. With this mindset in place everyone begins to understand that now they’re were “No Plateaus”. Even when we reach our mountain top we were thinking of the next one. This will also create tremendous excitement in your program.

No Plateaus and Aging 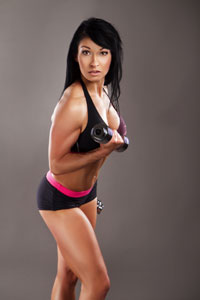 Many years ago when dealing with the “very old” again whom I now refer to as Beyond Boomers we had to contend with the medical community and society when it came to my philosophy of “No Plateaus”. I was told that it might work for younger populations but aging populations had Mother Nature to deal with. As usual I refused to listen. My first thought was why would it be different? We were dealing with people. If they still had the ability to think and create, then it was up to me as the coach to motivate them at the level they were at. Guess what? It worked just like it had for everyone else, regardless of age. Actually for many Beyond Boomers the progress at the beginning was amazing, because they were in such a “detrained” situation. At this point it was my job to make sure that the individual kept focused on what was next. This involved making constant, subtle changes in workouts or exercises, working on nutrition, using visualization and creating goals that had emotional significance to each individual. As all of these parts were put in motion the individual had a much better chance to succeed. All I had to do was continually encourage the effort. I knew from my own experience and with many others in other populations that as long as anyone worked hard they would achieve positive results, and the size of the goals or task didn’t matter. Because it would just be a matter of time before they would achieve the goal.

“If You’re Coasting Your Roasting” — John Maxwell
Let me ask everyone a question, how many times in your life have you created certainty in your life, by achieving a goal, such as a job, relationship or physical accomplishment, because you felt you had achieved something very special? What did you do at that point? I’ll tell you what I’ve done, I coasted! I became bored. Although I knew better, I slowed down or stopped doing the things that got me to the top. What a huge mistake. I have learned the hard way, many times, that when I started to coast, things started falling apart. In reflection, I had stopped my personal growth program, which would have provided me with the tools to avoid or solve unforeseen problems. I also had let myself get settled in a training program that wasn’t providing the necessary challenge that I needed to improve my strength, skill or conditioning. All of these things can be overcome by simply adapting a mindset of “No Plateaus”. Whether it has to do with the physiological (physical) or psychological (emotions/feelings) you can control both of these by continually learning and growing in these areas of your life. I also firmly believe that as a coach or trainer you will make yourself extremely valuable to your team or clients, with this mindset. If you will get them to buy into the philosophy of “No Plateaus” it will have a dramatic effect on the results they achieve from working in your program. A more significant point here is that you will influence them to begin thinking in a way that will affect other areas of their lives.

Summary
I learned a long time ago that if I were willing to spend the time, I could learn enough about almost anything I desired. The key being, was I was willing to put in the time. With that thought in mind do you realize what each of us can accomplish, regardless of our situation or story? All we have to do is decide to continue to reset those goals, challenge ourselves and keep focused on the next mountain we want to climb. It really is an amazing concept. One last point that I like to ask fitness professionals concerning their programs is; what are we doing next? How are you going to answer that, not only for your clients, or teams but more important, for yourselves?

Arnie Fonseca, Jr has helped thousands of individuals over the past 30 years achieve their goals despite daunting challenges in their lives. He has spoken at both National and International conferences on topics ranging from Strength and Wellness to the treatment of Traumatic Spinal Cord and Brain injuries. See my profile page for more information!