You are at:Home»Exercise»Bioidentical Hormones – Types of Hormone Replacement Therapy

Many great healers from Hildegard to Albert Schweitzer have suggested that we are our own best physicians.  In understanding hormones, we learn that we are also our own best pharmacies.  However, if our bodies fail to produce hormones in adequate amounts, we do not feel well and not feeling well can lead to a devastatingly downward spiral.

If we do not feel well, we tend not to eat right, not to exercise and not to go outdoors.  Further, we suffer from restless and inadequate sleep.  All of this increases imbalances in our hormone production since the human body relies heavily on our daily activities to produce and regulate hormones.

Today, it is common to use hormones produced outside the body to bring back the balance that has been lost.  Most women at some time use some form of HRT or hormone replacement therapy to alleviate peri or post menopausal symptoms.  And men too are now seeking relief from the male counterpart to menopause, which is called andropause. People today are less willing to let age or stress or even disease rob them of the right to feel good.  And there is little argument that hormones can help.

But What Types of Hormone Replacement Are Available?
Basically there are three types of hormone replacement available: conventional (synthetic), bioidentical and natural.  The terms bioidentical and natural are often used interchangeably, but natural usually refers to hormones that come from herbs or foods and can be purchased without a prescription. Although, these too are not “natural” to the human body – they are natural to plants.

Conventional Hormone Replacement – as prescribed by a medical doctor.  Not too much has changed in this category since it first became available in the United States in 1941-42 with the introduction of Premarin and then Progestin, becoming available around 1945.  Conventional hormone formulation still uses animal and synthetic hormones as it has since the 40’s.

Synthetic usually means that the compound is not found in nature; although, the separate elements that make up the resulting compound are found in nature.  What makes something synthetic is that it is altered in some way in a laboratory.  It can be made of all naturally occurring elements and still not emerge from the laboratory as “natural” anymore.

In the case of the estrogen marketed as Premarin; it is natural, but not fully natural to humans.  Some of it is only natural to horses since the molecules used to produce Premarin are still procured from the urine of pregnant mares.  Medical science is still not sure what effect the “unnatural” components of this type of estrogen may have on the human body.  In spite of volumes of research, the conclusions are disappointingly vague. 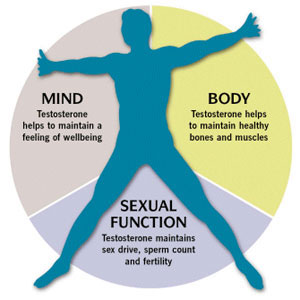 Some of the manipulation that laboratories perform on any hormone formulation is done to make the synthetic hormone “orally active.”  This is necessary to prepare any hormone taken by mouth for ingestion; since, otherwise, hormones created within the human body would not need to go through that same process.  Some hormones are available in cream or patch form and do not need this type of laboratory alteration.  These types of delivery options are available in both conventional and bioidentical hormone formulations.

First, bioidentical hormones are produced by compounding pharmacies, not major pharmaceutical companies.  The pharmaceutical companies need to create products that can be patented in order to “own” the formulation – compounding pharmacies do not. Both processes start with natural compounds, although neither start with compounds natural to the human body.  They are considered natural because they are found in nature.

Pharmaceutical companies often end up with what could be a less “natural” end product in their effort to produce a patented product.  Such is the case when adding the methyl group to testosterone.  However, when produced by pharmaceutical companies, both the process and the end product are regulated by the FDA.  This assures a standard product wherein the potency and purity are reliably the same from one dose to the next.

When produced by compounding pharmacies, the process and end product are not regulated by the FDA.  This should not be taken to mean that compounding pharmacies are somehow less professional than pharmaceutical companies; on the contrary, they have their own codes and regulations and the physicians who use them have selected them very carefully.   On the other hand, this means that some compounding pharmacies may produce more or less potent or pure products than others.

Secondly, with bioidentical hormones there is an attempt to track the patient’s current hormone levels and prescribe to an ideal level.  Whereas with conventional hormone replacement, the belief is that less is better and the lowest possible dose is best in all cases.  No research exists to support either view with certainty.

Lastly, bioidentical hormone replacement may add DHEA (dehydroepiandrosterone – an endogenous natural steroid made primarily by the adrenal glands) or even HGH, human growth hormone, in an attempt to return the body to the peak hormone levels of youth.  Bioidentical hormone replacement is not just interested in alleviating symptoms, as is most conventional therapy, but in actually enhancing both the mind and body.

With regard to how much more “natural” bioidentical is, the claim to being more natural stems more from the bioidentical attempt to return the body to the level attained before aging, stress or disease set in, rather than the use of completely natural sources. Although, some argue that those peak levels are not in themselves natural to an aging body. 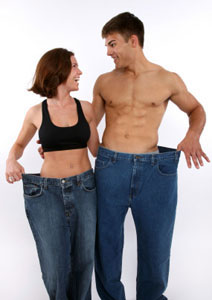 Neither bioidentical nor conventional hormone therapy is as natural as using foods, exercise and nature itself to help your body continue to make and balance its own hormones.  However, this most natural of all methods requires more dedication and offers far less dramatic results.

Food and Herb Estrogens – natural estrogens found in foods and herbs are still not identical to the body’s own, but have a close chemical make-up and when subjected to the bacteria and processing of the body, these natural estrogens can increase the availability of human estrogens. Foods that have been shown to raise estrogen levels are: flaxseed oil, vegetables, tea, multigrain breads, pasta and coffee.

In addition, plant estrogens in supplement form can be purchased without a prescription.  These plant hormones form either a catalyst or base element from which the human body can convert, or use as is, to perform the functions of human hormones.  They are produced from plants such as soy or yams.  Soy and yams are also the basis for most synthetic and bioidentical hormones by prescription.

Food and Herb Testosterone – like estrogen, testosterone levels can be increased by eating certain foods – mainly, beef, garlic, eggs, broccoli and oysters (probably how oysters earned their reputation as an aphrodisiac). But in trying to up the levels of hormones in the human body with foods and herbs, we must admit that it is a very imprecise science.

Further, it should be noted that weight lifting increases the body’s natural output of testosterone for both men and women.  Unfortunately, this requires an “explosive” level of lifting done consistently over a long period of time to increase serum levels.  But exercise also increases HGH, which, as stated earlier, is not usually part of normal prescriptive hormone replacement. Yet it is a powerful anti-aging, energy producing hormone.

Sunlight and sleep also help the body to produce and regulate hormones.  These are two things which are desperately lacking in our modern society.   Our bodies use sunlight to produce vitamin D and then use vitamin D to convert to another hormone like substance.  Sleep helps the body regulate several hormones and the lack of sleep is terribly disruptive to the body’s systems.  There are many good books on how to use nature to promote the body’s own hormones including, Natural Hormone Enhancement, by Rob Faigin.

Unfortunately, as we age our own pharmacy begins to run out of supplies. In deciding where to go to replenish our stores, we must be aware of the physician inside us, the voice of reason that listens, analyzes and recommends, the voice that lets us know that something is amiss and waves the red flags.

In the end, no one else knows how we feel.  And how we feel can keep us from going down that spiral of not doing what we should do because we don’t feel well enough to do it.  Listen to your body and find what works for you.