You are at:Home»Exercise»Dealing with Weight Regain – Stop Gaining Back All The Weight

You set a goal to lose weight and you did it! You watched what you ate. You exercised. You did what it took to look your fat straight in the eye and say, “No more!” Congratulations to you! Yay!

But now you notice that your clothes are getting a little tighter. Surely, they must have shrunk? In an effort to prove it, you step on the scale. Uh oh! The number staring back at you is telling you that the weight is starting to come back.

Like a scene from a horror flick, you begin to hear the music of anticipation. What lies ahead? Are you destined to return to your pre-weight loss weight (and jeans)? What’s going to happen if you’re not able to stop the upward trend? What on earth are you going to do?

The First Step is To Breathe
Okay. First, I want you to breathe. You can get through this and begin to lower the numbers on the scale again, but you have to calm down first. This will help you regain your control and focus, making it easier to reverse the trend. 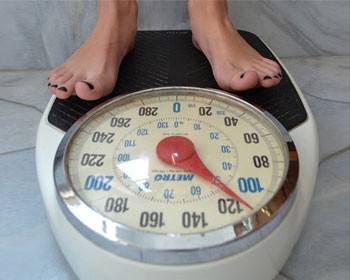 When it comes to relaxation breathing, Dr. Andrew Weil teaches two different types of exercises designed to soothe your body. The first involves inhaling for a count of four, holding that breath for a count of seven, then exhaling to a count of eight while making a “whoosh” sound, all while keeping the tip of your tongue against the ridge of the gums of your upper teeth. Do this four times and you should feel yourself relax.

The second option is to simply breath deeply, counting the times you exhale up to five. Once you hit five, then restart your count. Do this for ten minutes and this breathing exercise becomes a type of meditation.

Calming your body will help calm your mind. This will make it easier to get a handle on the situation, which means that there will be less damage control you’ll have to do later because you’ve caught it before it could get any worse.

Next, Ask Yourself Some Questions
When you notice that the weight is coming back on, it’s very important to understand why. You want to learn what it is that is making you return to habits that are also returning you to your old weight because you can’t change what is happening until you realize exactly why it’s going on. To do this, you’ll want to ask yourself a couple of questions. These include:

Be honest in your responses. The more you know about your “why,” the more you’ll be able to come up with how you’re going to combat it. In other words, figuring out what is going on in your head is key to stopping the gain. Additionally, once you know where your mind is, what you’ve said to yourself to help the weight start to come back, you’ll know how to redirect it back to the thoughts that got you to your goal to begin with. 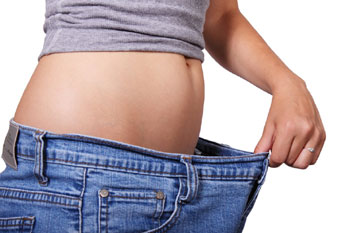 Regain Your Power
So many times, we just give up on ourselves. We see that we are regaining weight and feel completely powerless to do anything about it. But do you really believe that? That you’re powerless against the returning weight?

Hopefully you don’t because I know that you’re smarter than that. Yes, you may not want to acknowledge that you’re 100 percent able to make the changes necessary to stop the weight gain because it’s easier to blame someone or something else. But deep down, you and I both know that isn’t true. You can change your behaviors because you’ve already done it once.

You may have slipped up and let some (or all) of the weight come back, but that doesn’t mean that you can’t lose it again. You can. Just like you did before. You just have to figure out how to get your head back in the game.

Or, maybe you’re the type of person who knows that you can change your circumstances but chooses to ignore the fact that a problem is looming on the horizon? You can see the pounds come on one by one but you make excuses. You attribute it to changing hormones, water retention, a new medication, or some other factor beyond your control. Not that these can’t add to your weight because they can. But you also need to be honest if some of your weight gain can be attributed to one too many pieces of pizza or cake you indulged in.

Engaging in denial or behavior-excusing in an attempt to make yourself feel better isn’t going to get you anywhere. Well, that’s not completely true. It will get you back into those larger clothes you wore before your initial weight loss.

Permanent Results Require Permanent Changes
Look, I’ll be the first one to admit that it is hard to lose weight and keep it off. Extremely hard, in fact. It’s a non-stop battle that requires a constant fight. But, no matter how we look at it, if we want permanent results, we have to make permanent changes. We have to continuously work at engaging in positive behaviors and creating habits over and over and over again. 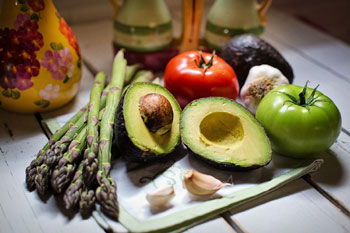 It’s like washing your car. You can’t scrub it down and polish it once and expect it to stay clean forever. (Wouldn’t that be nice?) No, you have to keep taking care of it if you expect it to stay in tip-top shape and last you for years. That involves washing it, drying it, and waxing it week after week, month after month, and year after year.

Neglect its care by washing it once and never again and you’ll wind up with huge problems. Rust will start forming and the body will start to fall apart. This means that the amount of effort it’ll take to get it back in pristine condition will triple. It will take a ton more work!

Well, the same is true with your body. The more you let it go, the more you believe that you just have to get it where you want it and then you can let it go, the greater the amount of effort it’s going to take to get it back in shape. Yet, if you know that it takes continuous care and do what’s necessary to keep it in mint condition all along, well, you’ll still have to put some time and effort into it, but not as much as if you just let it go.

Do yourself a favor. Be honest with yourself and don’t deny what is happening. Don’t tell yourself that all of your little decisions don’t matter, because they do. Each action is going to either take you closer to or further away from your goal.

If you’ve regained some of the weight you initially lost, it is what it is. Admit it, figure out what changed, and make a commitment to change it back. Before you know it, you’ll be back at your goal and back living the life you worked so hard to achieve. You’ve got this. I know you do!