You are at:Home»Exercise»Fitness Fears – Ways To Overcome Diet and Exercise Anxiety

Personally, I don’t agree with this game plan. I don’t believe that a healthy diet should be based on avoiding certain foods. I don’t think a good workout program is built upon avoiding certain exercise methods. I believe that a sound diet is based on eating foods for the good things they do for you. I select specific exercises, not because others are bad, but because they are fun and effective. It’s very hard to build a healthy body through the negativity of fearful avoidance behavior. It’s like trying to get employee of the month simply by not screwing up. Sure, it might prevent bad things from happening, but no one ever became a rock star at work because they didn’t make mistakes.

Success in fitness comes from doing things very well, not from avoiding doing things badly. Besides, who’s to say that some of the bad things out there are really all that scary? We may be fearful of something that’s really no big deal or not very likely to happen. Here is a quick list of some of the most prevalent diet and exercise fears that can hold back both your freedom and potential for success.

Fitness Fear #1 – Things That Promote Fat Storage
There’s no shortage of diet and exercise habits that are supposedly linked to fat storage. It’s everything from various foods and nutrients to exercising too long. The science is very convincing showing how various hormones shuttle fat into the fat cells or maybe a bunch of rats were fed a chemical and they gained twice as much fat. Thus the decree comes down that we should avoid eating this or doing that if we want to have any chance of a lean physique. 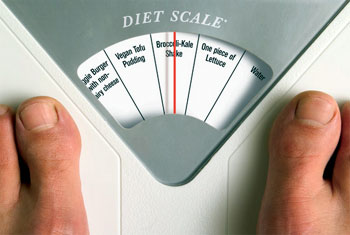 I don’t fear fat storage. I’ve had countless people come up to me while I’m munching on a cookie or some other snack and told me that it’s going to turn to fat. What they don’t know is that I don’t care. Not that I don’t care about staying lean, I do. It’s just that I don’t think fat going into my fat cells is going to make me gain weight.

I don’t care if fat goes into my fat cells. It’s going to happen anyway, to at least some degree, regardless of what my diet looks like. It’s supposed to happen as part of the daily operation of the human body. As long as the fat going out is equal to the amount going in then there’s nothing to fear.

Fitness Fear #2 – Overtraining
The fear of overtraining has held many fitness enthusiasts potential in check. I get emails all of the time from folks asking me if they will be overtraining if they do an extra set or run one more mile. I think I’ll use overtraining as an excuse to avoid housework. “Sorry dear, I would love to fold the laundry, but I don’t want to risk overtraining.”

In all seriousness, overtraining is something to be avoided, but it’s not like an extra set or a few extra miles will suddenly make you cross some sort of invisible line. Your body doesn’t have a timer that causes your body to start going into a tailspin after 45 minutes of exercise.

Much of the time, what we think is overtraining is actually under recovery. Always remember that the stress of exercise needs to be balanced out with the recovering powers of a good diet and plenty of sleep. Feeling tired and sluggish in the gym might have more to do with lack of sleep and poor diet than actually doing too much exercise. 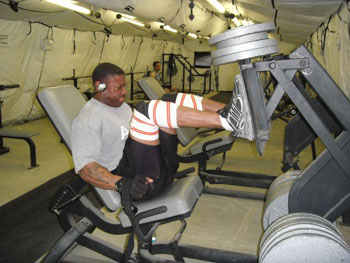 The downside of under recovery is that many will scale back their training. While they might get their energy back and feel better, they are going backwards when it comes to their training. If they improved their recovery, they would build the strength and fitness their workout required. However, since they scaled back their training they took away the very element that was telling them to become more fit!

Sometimes overtraining is confused with under conditioning. In other words, the individual simply wasn’t in shape to tackle that much exercise. This was the case when I first started racing bikes in college. I was riding every day and for the first few weeks I was a wreck. I thought I was overtraining, but after a month or so my body simply became more fit and could handle the workload.

I don’t want to discourage anyone from taking some time off or deloading after a tough competition. Sometimes you just need to take it a little easier and let yourself recover when life and exercise becomes a little too much to handle. I just don’t want the fear of overtraining to prevent you from going that extra mile necessary for you to progress.

In the end, fear holds you back. It keeps your potential in check and confines your diet and exercise options. I much prefer to embrace a diet and exercise habit because of the benefits it brings me. I find that if I bring enough good into my fitness, the bad stuff is simply snuffed out.