You are at:Home»Exercise»Fitness Mastery – How To Become a Master of Exercise

The term mastery is unfortunately dying out within our fitness culture. You hear about martial arts masters or master chefs but when was the last time you heard of someone who is a pull-up master or a master of running? When I first started into fitness I didn’t have any aspirations to master anything. I just wanted a simple program and the general idea of the exercises. I figured that greater results would simply come from working harder over time. This sort of approach did yield some benefits. However, once I set my sights on mastering my basic exercises, the results far surpassed anything I was able to achieve through simply grit and grinding work.

The path of fitness mastery is far different from just putting in the time and effort. The actions may look the same in the gym but the intentions are far above just working up a sweat and getting a good muscle pump. For the master, the workout is a practice session. It’s a time when they immerse themselves in details of even the most basic of movements and always strive to enhance both their skills and the work load.

To the fitness master a push-up is not simply placing their hands on the floor and pressing their body away from it. Instead it is an orchestra of sensations and feelings that they have developed over many years of training. They are aware of the force being generated by every muscle and through every joint in their entire body. They may even be aware of how much force is being placed on every one of their finger tips.

The path of mastery is not for everyone. It’s not for those who are satisfied with the status quo or want to simply dabble here and there with various exercises. If you are in search of such a journey, I invite you onto the path of fitness mastery. The first thing to be aware of is that the path toward mastery is not short but neither is it boring or dull. To the fitness master, the most basic bread and butter exercises are filled with endless wonder and excitement.

Just watch any YouTube video of someone who has mastered basic exercises like push-ups or pull-ups. You can see and almost feel the enthusiasm and the emotional passion that they have during each and every repetition. They are not going through the motions nor are they watching the clock tick down to when they can pack up their gym bag and call it a day. They are completely immersed within the exercise and are paying attention to every detail and sensation like a connoisseur savoring food. They don’t just do the exercise, they savor it. 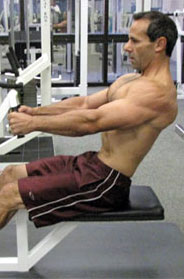 The master is not someone who is ever satisfied with their technique. Even if they have been doing something as simple as push-ups for the past 40 years, they are still striving to improve their ability to do such a basic exercise. In fact, it’s the basic exercises that bring about the most challenge and potential for the fitness master. They don’t let themselves become distracted with new fads, trends or equipment. They look instead to do the most time-tested techniques to the highest level of proficiency possible.

These are the secrets towards attaining the highest levels of fitness. Any individual who becomes a master of the basics will have skills and physical capabilities that far surpass anyone who has mediocre ability with even the fanciest and latest techniques.

Seeking to master an exercise requires utmost focus and discipline. Distractions during a workout must be kept to a minimum. I’ve even known some people who refuse to take phone calls or even listen to music of any kind while working out. For these individuals their mind is so immersed in the activity that even carrying on even light conversation is far too much of a distraction.

As I said before the road to mastery is very long. Our fitness culture is filled with this idea that you can become proficient at performing a basic exercise within a few workouts. For the fitness master, even basic levels of proficiency are not obtained until after at least a few years of training.

In the martial arts it would be absurd to think that somebody can have even an average level kick or punching technique after just a couple of years. So why is it that we can learn to do a basic exercise and then feel like we have learned the bulk of what there is to know after practicing it for a couple of months? Such an attitude only leaves us blind to the immense wealth of potential that the exercise can bring us. By opening ourselves up to the possibility of mastery we unleash a massive storehouse of potential to advance our own health and fitness.

It’s also worth noting that there is never an end to how far we can progress with any given technique. I once knew a martial artist who dedicated an entire year of his life to improving one single punching technique. Even after a solid year of working on that punch, and nothing else, he told me he still had far more room to learn and grow within that single technique. It’s also worth noting that his single punch far surpassed that punching ability of anyone else in the entire school even among the students who were of senior rank to him. The punch is a very simple basic exercise. You just make a fist and stick it out through the air. In this regard, it is no different from any exercise that you may perform in the gym. And yet, it holds an infinite amount of skill and knowledge that we can advance through for the rest of our lives.

Lastly, it’s important to recognize that the path towards mastery of any exercise does not require that you make huge sacrifices or painful choices on a regular basis. The path is long so why try to sprint with maximum effort right out of the gate? Take your time getting to know the nuances of whatever movements you plan to master. Start off slow with just a little bit of practice every day or even every other day if that’s all that you can manage. The consistency is the foundation upon which you’ll successfully build upon for years to come. There is little point to rushing towards the end goal with all of the effort you can muster when it is so far away that you burn yourself out even within a couple of years time. Enjoy the journey! It’s meant to be satisfying and fulfilling both in what you do and in what you accomplish.