You are at:Home»Exercise»How To Use a Foam Roller – Beginner’s Guide To Foam Rolling

What is that silly looking apparatus sitting in the corner of the gym that people lay all over and sit on? It’s just a piece of foam, right? Well, that foam roller is the next best thing to getting an actual massage! Used either pre-workout or post-workout (or both), this tool prepares your muscles for activity and also helps with recovery. Once you become a “roller”, you will wonder why it took you took so long to try it out. There are different rollers with different densities and sizes. Commercial foam rollers are typically found in one of two sizes:

Users should be aware that it’s a “hurt so good” type of sensation when using a foam roller. It is fascinating what your own bodyweight can do on this piece of equipment. Some foam rollers can be soft like a pillow while others can really dig in. Some rollers even have different grids for surfaces. It can also be a little workout for the upper extremities that are producing the rolling motion. There are modifications for wrist compromising positions as well as backing down the intensity of the roll. Yes, foam rolling looks silly, feels awkward, and just seems strange, but isn’t that what working out is all about? Getting out of comfort zones leads to results. Stretching is just as important as your cardiovascular and strength efforts. 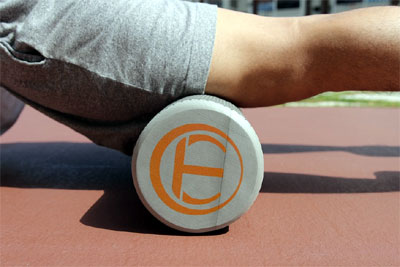 Target areas include the thoracic spine, latissimus dorsi, lumbo-pelvic hip complex, psoas, hamstrings, calf muscles, and quadriceps. The key is to roll back and forth on the area for 1-2 seconds per each repetition, find the area of concern, and then hold for at least 30 seconds. Breath and feel the fascia (sheath of tissue around muscles) start to release tension. The technical term for this type of stretching is called self-myofascial release (SMR). The pressure of the roller helps break up fascia and scar tissue under the skin. Working out and daily living activities make the fascia tight, so the idea is to release this tension.

There are several benefits of foam rolling. Foam rolling needs to be added to the list of your recovery techniques. We know sleep, diet, and hydration are key, but foam rolling needs to be part of this process too. With proper recovery, performance can be improved. Being less sore is a nice change of pace. Those stairs don’t feel so debilitating when you foam roll your legs after a focused leg workout. Offsetting delayed onset muscle soreness (DOMS) is appreciated by the body, which will reward you with the feeling you have the ability to go at it again. The foam roller alleviates stiffness by extending the muscles, tendons, soft tissue, and ligaments. When partnered with static stretching, it can help improve flexibility. When you have better range of motion, you improve your overall performance. You can execute movement patterns more efficiently and reduce the risk of injury. 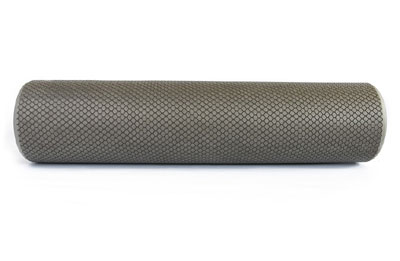 In another study by Peacock et al (2015), researchers examined the effects of foam rolling along two different axes of the body combined with a dynamic warm‐up in male subjects (N=16). The two conditions consisted of medio‐lateral foam rolling followed by a dynamic warm‐up and anteroposterior foam rolling followed by a dynamic warm‐up. For this study, all subjects served as their own controls and underwent the two conditions within 7‐days of each other. This foam rolling intervention consisted of rolling the posterior lumbo-pelvis (erector spinae, multifidus), gluteal muscles, hamstrings, calf region, quadriceps, and pectoral region along the two axes. This protocol took place for 30 seconds per region using bodyweight. There were no reported cadence guidelines for the foam rolling intervention. For the dynamic warm‐up, subjects performed a series of active body‐weight movements focusing on the major joints of the body for 20 repetitions for each movement. Subjects were measured for the sit and reach test and several other performance tests including the vertical jump, broad jump, shuttle run, and bench press immediately after the intervention. The researchers found that foam rolling in the mediolateral axis had a significantly greater effect (p≤0.05, r=0.16) on increasing sit and reach scores than rolling in the anteroposterior axis with no other differences among the other tests. Foam rolling can improve range of motion!

The research continues. Macdonald et al (2014) measured the effects of foam rolling as a recovery tool after exercise induced muscle damage. The authors randomly placed 20 male subjects in an experimental (foam roller) or control group. All subjects performed the same exercise protocol which included an exercise induced muscle damage program consisting of 10 sets of 10 repetitions of the back squats (two minutes of rest between sets) at 60% of the subjects one repetition maximum (RM) and four post‐test data collection periods (post 0, post 24, post 48, post 72 hours). After each test period, the experimental group used the foam roller for a 20-minute session. Researchers assessed the subject’s pain level every 30 seconds. The amount of force placed on the foam roller was measured with a force plate under the foam roller. The foam roller protocol consisted of two 60 second bouts on the anterior, posterior, lateral, and medial thigh using bodyweight. The main outcome measure was for thigh girth, and muscle soreness using a numeric pain rating scale, knee ROM, MVC for knee extension, and neuromuscular activity measured via EMG. The results found that foam rolling reduced subjects pain levels at all post‐test points while improving post‐test vertical jump height, muscle activation, and joint ROM in comparison with the control group. 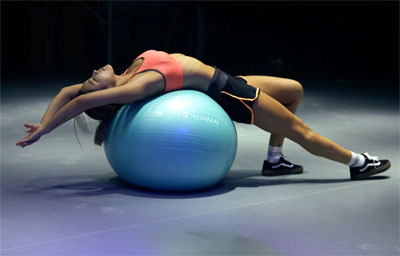 The foam roller truly does prove its value. Don’t race through the process, but make sure to take the time to tune into your body’s needs. When you flush out the build-up, you are bringing nutrient rich blood to the muscles. This increased circulation is exactly what the body calls for. So, next time you see that strange-looking piece of foam equipment in the corner of the gym, take a moment to use it, reap the benefits, and let your body know that you will take care of it so that it can reward you through performance and goal crushing. Self-care is part of fitness and stretching seems to be the last part of the routine that gets neglected. After the workout, give yourself just 5 minutes and you will feel the benefits to your workouts very quickly.

Follow These Tips The Next Time You Use a Foam Roller