You are at:Home»Exercise»Functional Training vs Traditional Strength Training

If you were to ask almost any fitness or strength and conditioning professional what the newest trend is with training athletes and regular clientele, some use of the word functional training would come out of their mouth. The term functional has taken the strength-training world to a whole new level. Some trainers will do exercises because they look cool, but in actuality they have no idea what the purpose of the exercise is. In some cases functional training has taken over the more common traditional training techniques. Is this bad? I don’t think so, as long as you can justify why and for what purpose you are doing the exercise for.

Many experts and researchers have various opinions about functional training, but most of them have a common definition for what it is supposed to accomplish. Functional training can be stated as “specific exercises that most closely replicate and enhance the activities you want to do outside in the three-dimensional world”. Another description portrays functional strength training as a means of performing work against resistance specifically in a way that the strength gained directly benefits the execution of activities of daily living (ADL’s) and movements associated with sports. Transferring the increases in strength that were achieved through one movement and then connecting them back to improvements of performance of another movement by affecting the neuromuscular system is the major goal of functional strength training. 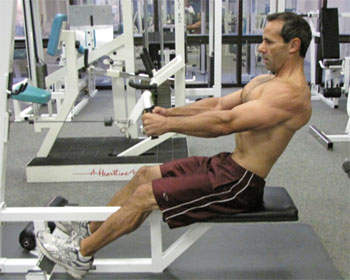 Functionality depends not only on the exercise itself but also on many other factors, such as the pattern of execution, the characteristics of the athlete, reps, and sets, the manner of execution, the phase of training, interaction with other training, the current physical and mental state of the athlete, the overall training program, and several other variables. If you are a football player then you are training to become more functional or efficient on the field. If you enjoy gardening but it is too hard for you to do, then the function you are trying to improve might include being able to work in the garden longer without becoming overly fatigued. No matter what activity you do or don’t do, it is possible to train your muscles and brain to help you perform these activities more efficiently.

The movements of functional training require the client to coordinate balance and control, in addition to timing the muscle contractions similar to how they might need to in jumping to get a rebound, staying in a good defensive stance while shuffling left and right, or even putting the groceries up in the cabinet. The major adjustment the body must make in order to improve functional performance includes coordination, range of motion, type of contraction, and speed of movement. Traditional strength training is not as effective to improve theses things as much as functional training is. Every machine that is used has a certain range of motion that is, allowed once that is met, that’s it. Functional exercises can allow the body to challenge even more ROM. Speed of movement is not hard to perform with traditional strength training, but with limited ROM the carry over effect may not be as significant. In addition, traditional training methods control the speed of the movement in order to maximize hypertrophy and strength gains while making sure the person performing the exercise is safe. 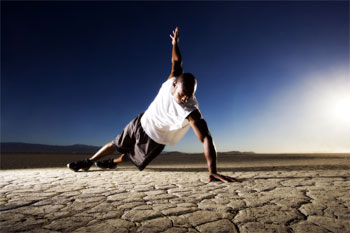 Research has shown that the greatest improvement in performance comes after training a muscle using the same type of contraction that the test is conducted in. This goes to show that functional training is definitely effective because the whole purpose is to train for the movement or activity that you are performing. If a football player wants to become more explosive, a functional exercise for him would not be a leg press, even though it will help to increase strength, instead a more functional exercise for him might be some variation of an Olympic lift, such as a power clean. If a grandmother wants to be able to play with her grandchildren, doing exercises where she is in a fixed position that only allows a certain ROM would not help her the most, but something where she is on her feet or getting up and down off of the ground might be more suitable. As personal trainers and strength coaches we must be able to analyze the movement the client wants to accomplish and find or invent, using sound practices, exercises that are more functional towards that goal.

I have a Bachelors Degree in Physical Education, a Masters Degree in Exercise Science, and I'm a certified personal trainer (NSCA). I was the strength and conditioning coach for the Texas Rangers minor league affiliate, Spokane Indians. See my profile page for more information!