You are at:Home»Exercise»How To Avoid Fitness Scams and Spot Fraudulent Products

We may set up a defense and say “if it sounds too good to be true then it probably is” but such a logical firewall is often easily breached by the physiological and emotional persuasion that is now becoming quite common. The best defense is to know some of the techniques that are being used so you can spot them a mile away.

Tactic #1: The Use of Massive Percentages
The first thing I always notice from over hyped (and therefore probably twisted) sales copy for a product is a heavy use of percentages. Sales copy experts often use terms like “Burn 500% More Fat”, “Gain 200% More Strength” or “Build Muscle 800 Times Faster” in an effort to make their products look more appealing. The thing about percentages is that they sound impressive, but usually mean very little.

Let’s say for example, you can just barely perform two push-ups, but with a little work and dedication you bring yourself up to being able to do ten push-ups. Now going from two to ten might not sell many cans of protein powder, but if we turn that into a percentage and say you’ve improved your strength 400%, it sounds much more impressive.

Part of the issue with a percentage is we are rarely told what the solid numbers are. The key question to always ask is 200% of what? 200% of 1? 10? 100? When it comes to fat loss, products that promise to burn 200% more fat might seem cool, but when the subjects in the lab burned 15 grams of fat rather than 5 grams over the course of six hours it hardly seems worth spending $80 a month.

So beware of the use of percentages, especially huge percentages. They are almost always a telltale sign of an inflated promise.

Tactic #2: The Use of Exotic and Foreign “Secret” Ingredients.
It’s a common tactic to try to sell something made from a herb imported from Africa, Western China or some exotic location you can’t find on a map.

This tactic is often used to make the product sound like some sort of secret formula that is supposedly responsible for the health benefits that the local natives have enjoyed for years. It’s also easier to convince you that it’s effective because it hasn’t been known or widely used in your region of the world. Therefore it sounds more like you have been unable to achieve results because of this simple ingredient you and everyone around you simply lacked.

Just think of how hard it would be to sell something that’s more local, like crab grass. It’s kind of hard to swallow the idea that a plentiful and common local plant could work because it’s been around and probably consumed before. An exotic plant from Africa might sound cool to us here in America, but over there it may be just a plain old plant that grows on the side of the road. 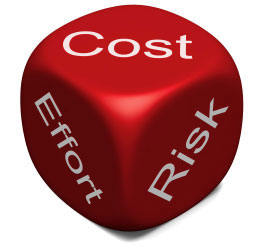 It can sound convincing, but always remember this, if this special herb is so essential for weight loss or health then it should be nearly impossible for anyone to achieve the same benefits without it. However, common sense states that human beings the world over have enjoyed whatever that health benefit is for centuries without the exotic herb, so how important could it really be?

I would also like to argue that getting in shape is not an exotic or complicated endeavor. It’s not brain surgery or rocket science (although some people want to convince you that it is). If it really were so complicated then it should be nearly impossible to get in shape without years of training and education.

But weight loss and improving fitness is something every human being on earth experiences in their life, almost by accident. When you were growing up, you grew stronger, you probably lost some “baby fat” and so on. Did you need a complicated program and exotic methods to do that?

So by our own past history we have proven that while getting in shape can be a challenge, it’s not something that’s so complicated that children can’t do it on their own. It doesn’t require any imported secrets of products from exotic cultures.

Tactic #3: The “It’s Not Your Fault” Ploy
The next dead giveaway is something you may need to read a bit more into the sales copy to find, but it can do far more damage than just getting you to part with your money.

Many ads will give you some sort of line about how your difficulty to lose weight, build muscle or have energy is due to some sort of force you were not aware of and you can’t control. They will tell you it’s all due to the depletion of nutrients in our soil, or maybe some sort of evolutionary trait in our DNA that makes it nearly impossible to reach your goals. Of course they then tell you that the only way to beat the uncontrollable force that is holding you back is to use their product.

Once again we can apply the logic of thinking “if this product is so critical to reaching my goal, then how it is possible for millions of people to be lean, strong and healthy without it?” Of course the ads might tell you that those who are fine without the product don’t have the genetic disadvantage or somehow escape the power of the evil force. That’s complete hogwash.

Human beings are different, but not so much that a simple supplement will mean the difference between one extreme or another. We all get stronger, build muscle and lose fat through the same physiological mechanics. While we may all use different techniques or methods, the root cause of all physical change is the same for every human being on earth. These root causes are always within your control to at least some degree and you are never powerless to use them. However, this basic premise is exactly what this tactic aims to eradicate.

Unfortunately, this type of sales copy is doing far more damage to your fitness and your life than just costing you hard-earned money. The real damage comes from getting you to believe that you are not responsible and hence not in control of your own results.

Scam artists have discovered that this message is very easy to sell to the public because we tend to live in a culture that is attracted to victim-hood. Taking full responsibility for one’s health is always a bitter pill to swallow, so any company that comes out saying that you don’t have to take that bitter pill is sure to attract a lot of attention and people eager to agree with what they have to say.

The ploy here is that if the company can convince you that you have no control over your fitness results, then you are at the mercy of whatever they want you to believe.

As they say:
If you don’t stand for something, you will fall for anything.

So if they can convince you that your lack of strength isn’t your responsibility, but instead is due to a lack of a special protein in your diet then they have you right in their clutches. As soon as you entertain the mere possibility that you are the victim of some outside force, you give up your own personal power and control over your body and hand it over to the company right along with your credit card.

In other words, it’s all about breaking your strength of will and keeping you completely helpless to impact your fitness for the better. It’s the ultimate form of weakness and they are trying to shove it down your throat with a spoon full of sugar.

I will never let anyone ever tell me that my fitness is not my own responsibility. I believe that 100% of what happens to my body is my responsibility and in doing so I keep all of my own power away from the hyped up hogwash. It also empowers me to charge forward and keep accomplishing more in my life.

So be aware of the “it’s not your fault” sales copy because it’s usually a ploy to weaken both your resolve and your bank account.

In my next article, we’ll look at some other ways fitness and weight loss scam artists are trying to convince you to buy their product. Read How To Avoid Fitness Scams – Part 2.