You are at:Home»Exercise»Self-Control Secrets – How To Conquer Diet and Exercise Issues

Self-control is one of the most sought after yet least understood aspects within our fitness culture. We all strive for it and we all want more of it. Many people blame a lack of self-control as the reason why they can’t stick to a diet or exercise program.

This would then result in a stronger resolve to improve my self-control and never lose that control again. I would be fine for a while only to then lose control once more and the whole cycle would keep repeating itself. Such a cycle can be a very draining and frustrating experience. You work so hard for so long only to somehow have it slip through your fingers and send you back a few paces.

This cycle takes up time, money, resources and not to mention the pride and confidence that is essential towards achieving your fitness goals. The good news is that it is possible to achieve a very high level of self-control. It is possible to break the cycle and instead of going around and around in endless revolutions, you keep progressing year after year.

How To Harness The Power of Self-control
The first thing you must learn is the purpose of self-control. I know on the surface it may seem like self-control is about not eating that candy bar or getting to the gym on time. But there is a much deeper reason why we believe we need self-control.

The heart of self-control centers on the myth that you have to control your own self to succeed in reaching your fitness goals. This can bring up the image that we humans are an out of control and unruly bunch of animals by nature. Therefore our animal tendencies must be controlled or else we will all turn into fat and lazy slobs.

This sort of thinking is what drives the You vs Yourself mentality in our fitness culture. So many folks claim that we are our own worst enemy or that you must defeat yourself to win. I couldn’t disagree more with this idea. The fact of the matter is that getting in shape isn’t about fighting yourself. If anything, that’s the most certain road to failure.

Just imagine what happens when an army fights itself or when a board of directors fight themselves within the same business. Such self conflict causes a lot of stress and wasted energy that drags down the very folks who are trying to win. As they say, you can’t hold a man down without staying down with them. As I always say, you cannot fight yourself and win. 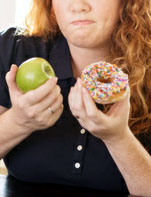 Many of the failures within our fitness culture can be directly linked to someone fighting themselves. In fact, most folks who fail to reach their goals do so because they are fighting their own self. Unfortunately, our fitness culture is largely based upon the idea that you need to fight yourself. Our media and advertisers take dead aim at the notion that something is not right with you and thus something must be wrong with you. Therefore you need to fight these aspects of yourself like a demon that possesses your soul.

If people can convince you that you have to fight yourself then they can convince you that you need some sort of help. You’ll need to buy some sort of product to fight your inner self that wants to do nothing but sit on the couch and eat junk food. So the natural course of action is to recommend following a program or plan that goes against that “evil self” and you must exert self-control in order to control yourself and stick to the program.

It makes sense in practice. We do have cravings for chocolate cake after all. We all feel like skipping out on a workout from time to time. We all feel the desire to give into that evil self that must be controlled. The great mistake is in believing that the desire to stray is coming from within our own self.

Here is an example for what I’m talking about. Get down on the floor and start doing some push ups. Keep doing them even though your muscles burn and your breathing may become labored. As your body starts to protest, just keep going. Keep fighting all the way until your absolute breaking point. After you collapse on the floor, rest for a few minutes and then do just a few more pushups once you’ve regained some strength.

The purpose of this exercise is to teach you that you’re not the one supplying the challenge. As your body grew tired and weary, you were not fighting yourself. You were fighting fatigue! I know this because after you rested a bit and did just a few more push ups, you were able to do them a whole lot easier. You were the same person both when you were struggling and when the pushups were easy. Nothing about you was actually different except for the level of fatigue brought on by the exercise.

The key to winning the battle for a fit body is in understanding exactly what adversary you need to fight. Imagine the army fighting itself. As it’s fighting within its ranks, the other country just comes right in and conquers the territory. If the army stopped fighting itself and fought the invading army, they would have won. Instead, they spent too much effort fighting itself and they were easy pickings.

The same thing happens when we fight ourselves. We talk negatively to ourselves and beat ourselves down. We use a lot of effort to struggle within ourselves and meanwhile the forces around us blow our behaviors around like a trash can in a hurricane.

Know what you should really be fighting against! Don’t fight yourself while working out. Fight distractions, boredom, fatigue and poor technique. When you crave the chocolate cake, you’re not fighting that “evil self” that wants the cake. You’re fighting hunger, stress, boredom, deprivation and anxiety. These are not things that are coming from you. They are simply reactions you have towards external elements. They are not a reason to fight your self. 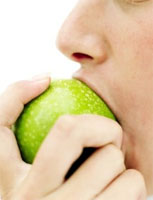 I believe real self-control isn’t about being in control of your self. It’s about your self being in control. This sort of idea often gets confused with obedience. When someone follows a strict diet or exercise program to the letter, they are being obedient. They are not fully in control because the program they are on is calling the shots.

Let’s say you want to be a race car driver. You have little sense of control and all you want to do is just put the pedal to the floor and go as fast as possible. So on your first day out you hit the gas and drive right off the track and crash. Obviously you were not in control! So you hear about a safe driving program and you go take it. After all you don’t want to crash and burn again right?

In this program, Dr. Nevagonnacrash talks about the evils of speed and how even walking into a tree at 5mph can cause significant injury. He talks about how the brake pedal is more important than the gas and how using it more will improve your chances of safety. So during the next day on the track the start light goes green and you hit the brake. You just sit there pressing that brake pedal as hard as you can. You may feel like you’re in control. You feel safe and secure. But you’re not really in control. You’re just obeying an ideal that someone else imparted upon you.

You know something isn’t right. You don’t want to just sit there and mash the brake but what can you do? If you let go of the brake and hit the gas you’re going to fly right into the wall. So now you’re fighting yourself. You’re conflicted between your desire for speed and the desire to stay safe. You believe you must choose between either flying at top speed or staying on the brake. One offers safety and security but it doesn’t satisfy the desire for speed. The other satisfies the desire for speed but there is no security.

This is the You vs. Yourself cycle that so many people can become trapped in for years all the while believing they are struggling for self-control. The reality is that the struggle will never end because neither side is true self-control. One is unrestrained action and the other is a self-imposed prison. Neither is an option that places you in complete control.

The solution of course is to drive the car with skill and timing. Apply the brake when it’s time to brake and hit the gas when it’s time to go. Through practice and time you’ll learn just the right time and the right amount of pressure to put on each. When you need to restrain more you restrain more and when you want to release more you release more. That is real self-control my friend. That is when you are calling your own shots and making your own calls. You don’t need to control your self because your self is in control and it’s doing a great job.

Of course such self-control isn’t a black and white issue. It will take time and practice to know just how much you should and should not do. Most of all, no one else on earth can know exactly what you should and should not be doing. I don’t know your body or your life in the necessary detail you do. I don’t know if having a cookie after dinner is the right call to make or not. Only you can know that through time and practice.

Sure you’ll make mistakes along the way. Sometimes you’ll give it a little more gas than you should have. Other times you may be too conservative with the brake. It’s okay. This is how you learn to stop fighting yourself and you learn to trust yourself instead. For there are plenty of challenges you’ll face on your path to a fitter body. Those challenges are a hell of a lot easier to face when your self is in control and you are your own best ally instead of your biggest adversary.