You are at:Home»Exercise»Strength Coaching Tips for Strength and Conditioning Training

I have been researching some different strength coaches lately. While I was watching the University of Pittsburgh’s strength coach, Buddy Morris, and the University of Memphis strength coach, Tom Myslinski online during the EliteFTS interviews, they said that as soon as you get sick, cease training. He referenced this to a book that I had just finished reading by one of the top Russian researchers/professors in the field. In the past, I would continue to pound my body even in the face of illness and many times I would not get better until many weeks had passed. This is not the case for everyone, but for hard training athletes and the like, a cold or other seemingly minor illness could be a sign that you have been pushing too hard without easing up on the pedal. One of the keys to recovery is getting back to parasympathetic nervous system dominance, rather than sympathetic nervous system dominance which takes control during competition and intense training. The best recovery tool the Russians had was that they would take their athletes to the beach, tell them to take their shoes off and walk. I knew there was a reason that I liked sitting outside so much.

The sympathetic branch activates the glands and organs that defend the body against attack. It is called the fight-or-flight system. Its nerves direct more blood to the muscles and the brain. The heart rate and blood pressure increase, while it decreases the blood flow to the digestive and eliminative organs.

It also activates the thyroid and adrenal glands to provide extra energy for fighting or running away. Nervousness, stress or feelings of panic are what one feels when in a sympathetic state of readiness.

The sympathetic system is catabolic, which means it tears down the body. Energy is used to prepare for defense, rather than for nourishment or for elimination of wastes. An excellent analogy is to imagine placing all of the nation’s resources in its military defense. While helpful in an emergency, if continued too long, the nation becomes much poorer for lack of productive commercial activity. The feeling of an ‘adrenaline rush’ is a product of the sympathetic system. It may feel good at first, but is always followed by a feeling of fatigue, as this system uses up energy and depletes the body. 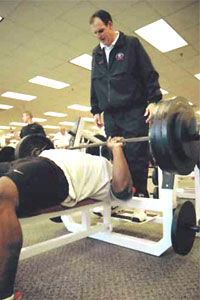 The parasympathetic system of nerves is concerned with nourishing, healing and regeneration of the body. It is anabolic, or concerned with rebuilding the body. Its nerves stimulate digestion, and the immune and eliminative organs. These organs include the liver, pancreas, stomach and intestines. The parasympathetic nervous system, when activated by rest, relaxation and happy thoughts, is essential for balanced living and for all healing. Moving yourself into a healthy parasympathetic state, and staying there as much of the time as possible, helps heal all health conditions, both physical and emotional ones as well.

The feeling often associated with the parasympathetic state can be one of lethargy or fatigue, as you are so relaxed. Do not, however, believe this is unhealthy. Rather, it indicates a state of repair and rebuilding in progress.

To promote balance and healing, the goal is to keep the sympathetic system turned off as much as possible. This allows the maximum healing to occur. Simple ways to do this are to rest, relax and think happy thoughts. As soon as you think fearful or angry thoughts, or become too physically active, the body shifts into a sympathetic stance.

The sympathetic nervous system may be roughly likened to the gas pedal of a car. The parasympathetic is more like the brake. Unlike a car, however, when the ‘brake’ is applied to the body, it begins to heal itself.

Next on the list, I have been reading a book by 50 Cent and Robert Greene called The 50th Law. The book is a must in my opinion as it deals with how to live a fearless life and how 50 was forced to do this. I always thought I was a bit odd in the fact that I would rather be learning and reading than out at a party until I read this: “True ownership can come only from within. It comes from a disdain for anything or anybody that impinges upon your mobility, from a confidence in your own decisions, and from the use of your time in constant pursuit of education and improvement” (p.55). The book is fascinating for anyone that is looking for a different perspective on the ups and downs of life and how to perform mental alchemy.

Finally, while reading Coach Barry Ross’ book, Underground Secrets to Running Faster, he made the brilliant point of how strength will lead to greater endurance but endurance will never lead to greater strength. For example, if you had to train a football player in a 4 week time span to get ready for the NFL combine and the 225 pound bench press test and he currently could only do 3 reps at that weight, you would never get him ready by practicing with 225 pounds. The approach that Coach Ross used was to have the player increase his 1RM on the bench, because according to all the charts, if you can bench press 70% of your 1RM for 18-25 reps. Coach Ross never even had the player attempt to bench 225 for his University football team (San Jose State) strength tests. The player had 3 weeks to go from 3 reps at 225 pounds to 20 reps at 225 pounds. The player current 1RM was 250 pounds and he had to get it to 320 pounds according the charts in order to bench press 225 for 20. Without going into too many more details, let’s just say the approach worked. This concept can even apply to all you distance athletes that think weight training is a waste of time. Get stronger and you will be able to go longer, it is that simple!