You are at:Home»Exercise»Weight Loss Limitations – Is Losing Weight Worth The Effort?

It’s no secret that losing weight and being lean can improve one’s health and quality of life. It’s the Holy Grail for many diet and exercise programs, and yet I sometimes wonder if this whole weight loss thing is just more than a little over rated. Is being lean really that big of a deal? Is it really the be all and end all when it comes to fitness? And more importantly, is it as important as we make it out to be? Maybe this whole weight loss thing is more hype than anything else. Below I explore a few of the rewards of fitness and look into how losing weight may not be that big of a deal with any of them.

Weight Loss Limits on Attractiveness
The first limitation I want to explore is the notion that being lean or losing weight will turn anybody into a drop-dead gorgeous sex machine. Many people blame the media or other outlets for the idea that people should subscribe to a thin ideal and that being thin is the most important thing when it comes to looking attractive.

I’m certainly the last person to disagree with this ideal as I personally believe that even I look better with less body fat. That being said, we must recognize that there’s a heck of a lot more to beauty and attractiveness than just a low body fat percentage. Being lean and svelte is no guarantee of attractiveness.

To find examples of this idea, simply walk down the street and notice how many lean and thin individuals are around you. No doubt you will see at least a few folks who are at least relatively lean. However, despite being fairly lean I’m willing to bet these people are not exactly cover model worthy. Some of them you may find to be unattractive.

There’s a lot more to physical beauty and sex appeal than just being lean. Muscle tone, physical proportion, symmetry and personal movement, like posture and mannerisms, all contribute towards one’s beauty and sex appeal. Weight loss is part of the equation and only a relatively small piece at that. Shedding body fat very well may make someone more attractive, but it has its limits. It may even have a diminishing return, causing you to look less attractive as you keep losing weight. 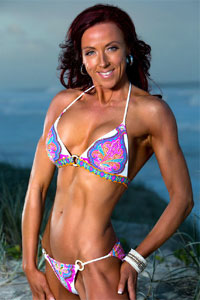 Over the years I’ve coached more than a few athletes who seemed convinced that the only thing standing between them and a championship performance was losing 10 pounds. The effect on weight loss and sports performance is dependent more upon the actual sport itself.

In some sports, having a greater power to weight ratio is an advantage such as cycling and rock climbing. However in other sports, losing 10 pounds of body fat may make a negligible difference if any at all. In some cases it may even be detrimental such as sports like football and wrestling.

Just like beauty and sex appeal there are many pieces that make up first place performance and body fat percentage is just one piece of the puzzle. It may even make more sense to become stronger as a way to increase one’s power to strength ratio as some weight loss methods may deplete your strength at the same time giving you the same power to weight ratio and therefore no more improvement than what you had before.

Weight Loss Limits on Health
Losing weight is a highly sought after goal when it comes to one’s personal health and well-being. Once again, we are faced with this idea that if we just simply lose weight then will live a lot longer and have a body that runs a lot better.

Health is a very broad term for the general condition and function of the body. There are so many things to consider from posture to bone density to muscle weakness that it would be almost crazy to assume that a simple drop in body fat percentage could have a positive effect on all of the factors of your health.

There’s even some debate out there on whether or not a drop in body fat is directly correlated to health markers such as blood pressure and cholesterol levels. This has caused some folks to believe that it’s possible to be overweight yet still healthy and fit. It’s also brought up the idea that it’s possible to be “skinny fat “where someone is still lean yet they have unhealthy physical characteristics.

Over the years I’ve come to understand that weight loss and being lean is more of a side effect of solid diet and exercise habits that typically produce the markers of health and well-being. To me, being lean and being healthy is kind of synonymous with having a sporty looking car that’s also fast. While appearances usually correlate towards a certain level of performance, it’s most certainly possible to have an impressive appearance on the outside yet a broken down operation on the inside. 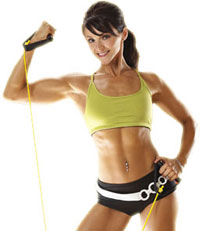 Lastly we have to consider the notion that being lean and losing weight will always make us happy. The famous quote is, “You can never be too rich or two lean”. I’ve even come across some folks who say they would rather be lean than have a lot of money. It’s almost as if a lean body is the new assurance of a happy and fulfilling life.

While being lean, as well as being rich, can afford a number of benefits it’s still no guarantee that you will have a happy life. It’s most certainly possible to have a killer physique and yet still feel depressed and sad. In some cases people have claimed that being lean and trying to keep weight off has brought them more stress and sadness then when they were slightly heavier. They spend so much of their time and energy trying to maintain their weight while stressing about their diet and ultimately experiencing a lot of guilt and anxiety over their lean physique. That may be the exception rather than the rule, however it’s certainly worth noting that being lean and having six pack abs is no guarantee of happiness and fulfillment.

Overall, I don’t want to discourage anyone from attempting to lose weight or that they won’t be happy once they become leaner. The last thing I want to do is write an article saying that you should be happy with what you have and don’t strive for anything higher. I believe that a positive attitude is the most surefire way to live a higher quality of life. The point I simply want to make is that while losing weight can bring many benefits it’s certainly not without its limitations.

If we pursue a lean physique at all costs and we ignore some of the bigger and most important aspects in helping us achieve what we really want, we will ultimately find ourselves spending a lot of our lifestyle resources and getting very little in return. To achieve our optimal levels of attractiveness, performance, health, and happiness we must look well beyond simple weight loss and try to focus on the many other conditions that are oftentimes far more important.