You are at:Home»Fat Loss»Green Tea – Thermogenic Benefits for Burning Fat and Calories

Archeological evidence suggests that people consumed tea leaves steeped in boiling water as many as 500,000 years ago. Botanical evidence indicates that India and China were among the first countries to cultivate tea. Today, hundreds of millions of people drink tea around the world, and studies are now suggesting that green tea in particular has many health benefits, including weight loss.

It appears that the compound epigallocatechin gallate (EGCG) is a powerful antioxidant that is responsible for green teas thermogenic properties (fat burning.) In addition, this powerful compound inhibits the growth of cancer cells and also kills cancer cells without harming healthy tissue.

And if that’s not enough of a reason to consider the daily use of green tea a few other medical conditions that green tea will be helpful for include:

But despite the wide spectrum of benefits associated with the use of green tea weight loss is one of the leading reasons people have been drawn to this simple unassuming leaf.

But what does green tea extract weight loss really mean? In order to understand that, you must understand how natural green teas actually work within the human organism. It is not so easy to believe that some naturally occurring substances can actually promote fat loss. It is however, a true fact that pure green teas promote not just easy fat loss – it is also one of the most powerful, naturally occurring detoxifying substances available.

How green tea fat burner actually occurs
The American Journal of Clinical Nutrition claims that green tea extract is one of the most effective metabolism boosters that naturally occur in a plant or herb. Metabolic rate is increased by 4 percent within a 24 hour time frame. Some researchers speculate that substances in green tea known as polyphenols, specifically the catechins, are responsible for the herb’s fat-burning effect. This occurs because Chinese green tea weight loss products release antioxidants into the blood stream and help burn fat faster than normal while at the same time helps the body absorb calories and convert them directly into muscle or energy.

A naturally occurring side-effect of green tea consumption is that of appetite suppression. Green tea weight loss diet occurs naturally. Herbal green teas are not synthetic, hence are completely absorbed by a person, unlike many vitamins and other supplements.

Researchers were able to confirm the weight loss benefit of green tea in a recent study at the University of Geneva. The conclusion was that, “Green tea has thermogenic properties and promotes fat oxidation beyond that explained by its caffeine content per se.” Where before it was generally believed that the caffeine content in green tea is the reason for its weight loss benefit, this recent study deviated from that theory. 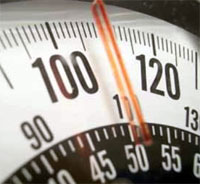 Green tea was said to have shown some weight loss benefits by virtue of the fact that it can prevent fat from being stored, increase protein levels, and promote thermogenesis by triggering beta-adrenoceptor to action.

Recent findings of green tea extract AR25 (Exolise) and its activity for the treatment of obesity. This study is a collaborative work between Doctors P. Chantre and D. Lairon of the Laboratories Arkopharma in Carros, France. Published in the 2002 issue of Phytomedicine, this study aimed to find out if green tea extract has weight loss benefits and can be a potential cure for obesity.

In their study, they used an 80% ethanolic concentrate in green tea extract with standardized 25% catechins. They tested the green tea extract and were able to find that it could directly inhibit gastric and pancreatic lipases. These enzymes are the primary cause of fat storage and by delaying their actions; green tea extract therefore exhibits a weight loss benefit that can help solve obesity problems.

It was also discovered in this study that green tea can stimulate thermogenesis. Given to moderately obese patients, the green tea extract was said to have caused a decrease in weight by 4.6% and a reduction of waist circumference by 4.48% after only three months. The findings of the study clearly implicate the weight loss benefits of green tea.

Plant Description:
Green, black, and oolong tea are all derived from the leaves of the Camellia sinensis plant. Originally cultivated in East Asia, this plant grows as large as a shrub or tree. Today, Camellia sinensis grows throughout Asia and parts of the Middle East and Africa. 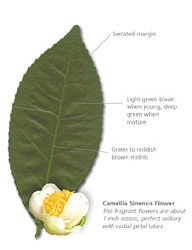 People in Asian countries more commonly consume green and oolong tea while black tea is most popular in the United States. Green tea is prepared from unfermented leaves, the leaves of oolong tea are partially fermented, and black tea is fully fermented. The more the leaves are fermented, the lower the polyphenol content and the higher the caffeine content. Green tea has the highest polyphenol content while black tea has roughly two to three times the caffeine content of green tea.

What’s It Made Of?
The healthful properties of green tea are largely attributed to polyphenols, chemicals with potent antioxidant properties. In fact, the antioxidant effects of polyphenols appear to be greater than vitamin C. The polyphenols in green tea also give it a somewhat bitter flavor. Polyphenols contained in teas are classified as catechins.

There is one little drawback to green tea. You may be put off by the taste, however as you continue to drink it you will get used to it. If you just can’t stomach it you can always try the green tea extract.

Adult Dosages
Depending on the brand, two to three cups of green tea per day (for a total of 240 – 320 mg polyphenols) or 100 – 750 mg per day of standardized green tea extract is recommended. Caffeine-free products are available and recommended.

For Pediatrics there are no known scientific reports on the pediatric use of green tea, so it is not recommended for children. 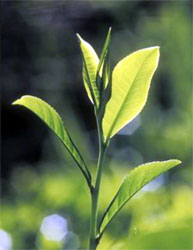 Green tea health benefits are almost a given. But as always when you are about to start a special diet with a supplement of any kind; you should always check with your doctor. When you do this you will know you are not endangering your health.

Green tea and a controlled calorie intake should allow you to have a gradual loss of weight over an extended period of time. However, if you should want to increase the weight loss more quickly, you can reduce your calorie intake even further.

Precautions:
The use of herbs is a time-honored approach to strengthening the body and treating disease. However, herbs contain active substances that can trigger side effects and interact with other herbs, supplements, or medications. For these reasons, people should take herbs with care, under the supervision of a practitioner knowledgeable in the field of botanical medicine.

People who drink excessive amounts of caffeine (including caffeine from green tea) for prolonged periods of time may experience irritability, insomnia, heart palpitation, and dizziness. Caffeine overdose can cause nausea, vomiting, diarrhea, headaches, and loss of appetite. If you are drinking a lot of tea and start to vomit or have abdominal spasms, you may have caffeine poisoning. Lower your caffeine intake and see your health care provider if your symptoms are severe.

If you are serious about losing weight, even though you should not expect the pounds to melt off as some will claim, green tea as a complement to a sound nutrition and exercise regime may be your ticket. Not only will it boost your metabolism but more importantly it will give you a leg up in areas of many other documented health benefits.