You are at:Home»Fitness»Fitness Legends – 5 Most Influential People in Health and Fitness

The fitness industry has come a long way in the last 40 years. When looking back at the basics and now seeing all the gadgets and trackers of today, it’s quite shocking to see how drastically things have changed. Trends will always come and go; it’s part of the nature of our “get results quick” society. But among these fitness fads, there have been a handful of legacies we will never forget. They are the faces of brands, equipment, and DVDs. For a trainer like me, the following people are iconic role models of the health and fitness industry.

As a fitness professional, how does one separate themselves from the rest? These successful individuals have found their niche and made it to the spotlight. The common theme among them all is that they truly live the part. America and/or Hollywood has chosen them because they’re leaders themselves. These are not just legends to me, but they’re also role models.

Known as “The Founder of Modern Fitness Movement”, Jack Lalanne was one of the first people to open a gym dating way back to 1936. He was lifting weights before people even knew what that was. This was also during a time when doctors were foreign to exercise and thought it would cause more injuries than benefits. Lalanne had said, “People thought I was a charlatan and a nut. The doctors were against me – they said that working out with weights would give people heart attacks and they would lose their sex drive” (reference). In 1959, he had a TV show, “The Jack Lalanne Show”, in which he showcased proper exercise and diet. Eventually, his concept was bought by Ballys (big gym name we all know today). He practically designed some of the early exercise machines like the leg-extension. He was the face of fitness, and truly grew the popularity of exercise for health and wellness. This included all people, even women and the elderly. He began the industry, building the foundations for trainers like me today. It’s unimaginable to me that there was a time when exercise was so “brand new”. Many of my older female clients can refer to a time when women just did not exercise. It wasn’t until the 1980s when gender roles really unraveled themselves, that fitness was given a positive connotation that it can benefit all. 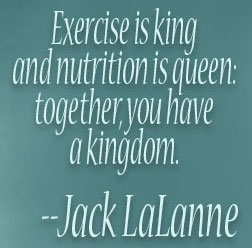 “The Terminator” was a human specimen of muscle. He was the teen face of bodybuilding and the youngest person ever to win the Mr. Universe contest (20 years old) and continued to rack up a total of five titles in the following years. Nicknamed the “Austrian Oak”, Arnold went on to win an amazing seven Mr Olympia titles and dominated the sport of bodybulding for many years. He then came to Hollywood and used his incredible physique to build an acting career. “Pumping Iron” was my favorite of his films. This 1977 classic really captured Arnold’s work ethic, popularity, and the attention he brought to the sport. He won title after title, and now many events are named in his honor. I have also read his book, Arnold: The Education of a Bodybuilder (2005), and was inspired by his commitment for my own bodybuilding training. It’s a mind game for sure, but Arnold truly captures the sport’s requirements for structure, relentless training, and marconutrient based eating. Talent and hard word were the cornerstone of his illustrious career.

After reading his book, the best message Arnold gave when it came to training was to stick to the basics. He had met many famous, older bodybuilders when he started out so young, and being from a foreign country, he wanted to know what the American winners did to achieve success. He wanted to ask Chet Yorton (one of the legend’s that Arnold was awe-struck by) a million questions when he met him backstage one day at a competition. But in reality, after speaking with him Arnold said, “I have thought perhaps he had some special exercises, but that wasn’t true. He concentrated on the standard exercises. That was his “secret” – concentration. He worked to get everything an exercise could give him” (Hall, Kent & Schwazenegger, Arnold, Arnold: The Education Of A Bodybuilder, 2005). 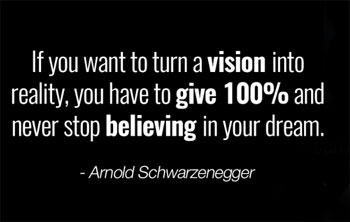 I have nothing but respect for this woman. As a female trainer in the fitness industry, she is absolutely inspiring to me. I see her old workout videos and outfits and I think of what an amazing career she had in fitness. Her 1980s aerobic at-home videos were loved by women all over the world. She was a woman “fitness-guru” during this decade and really made aerobics and scrunch socks trendy. VHS tapes allowed you to be comfortable in your own home, and be motivated by a beautifully fit woman. She had a following and personality that lit up the screen. To this day she seems ageless. Truth be told, I am in no way an aerobics girl, but I can remember my mom watching her tapes in the living room. This early movement in female fitness didn’t use weight lifting, but had a sense of femininity and sex appeal to look as great as Jane. Her great looks are attributed to her exercise habits.

Talk about an infectious personality! “Sweatin to the Oldies” took the aerobics world by storm. He had a passion to help others with weight loss. His target was beginner exercises and the overweight, not people who are already fit. His fitness studio in Beverly Hills is called “Slimmons”. I can remember watching him early in the morning before taking off for school. Most kids watched the Mickey Mouse Club, but I guess I had early signs of “trainer-hood”, watching him instead. He was overweight himself, and the fear of death motivated him to do something about it.

Simmons has changed with the times and does have an official website which totally embodies his personality. My favorite component is the Clubhouse, which is a place to join for support and encouragement from others fighting the same battles. Food is greatly abused and the free Clubhouse is a network to confront those struggles, talk about your weaknesses, and use the advice and help of others. Today, his videos might be “old school”, but they certainly serve their purpose and get the job done. When I was getting my teaching credential in Physical Education and Health, the class I taught was called Body Dynamics. It was more or less step aerobics, but the high school girls loved doing a Richard Simmons tape every Friday. The movements were simple and you might feel a little silly, but they were fun and upbeat. 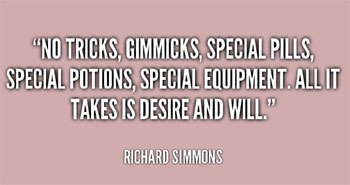 She is a personal trainer turned entrepreneur. She starred in “The Biggest Loser” and built an empire afterwards with her books, videos, and cell phone apps. She has had a couple of reality TV shows recently, taking a look into her private life as well. Her childhood was tormented by obesity, so she became a fitness guru and took the extra weight off. She is considered a fitness expert and has appeared on many TV show judging panels and “Dr. Oz”. Jillian is a tough, no non-sense woman who will push someone farther than they think they could have ever gone.

Jillian is much more coming of age then than other legends I have discussed, merely because we live in a time of technology and social media. She has led the pack in this field. Jillian has a podcast, blog, online store, cell phone app, Instagram, Facebook and many other social media channels. Her latest reality T.V. show really tapped into the entrepreneur side of her. I do follow her to see what trends work and what don’t. My training style is much different than Jillian’s, in the sense that I’m not as loud or blunt with my clients, but she gets results and she lives the part. Her program design is great. Right after college, I bought all of her workout DVDs and did them at home because I was too broke to afford a gym membership, and let me tell you, they were great and you really don’t need any equipment when doing her workouts! 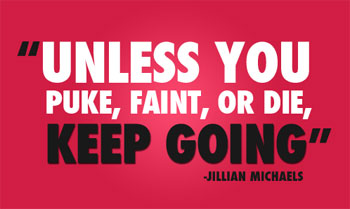 Things To Learn From The Fitness Icons

Here are some of the qualities each of these legends portray to me. Traits of a great trainer include one who is (in no specific order):

In my profession, I’m well aware of what is fair pricing, a quality workout, and what is tailored to the results I am looking to achieve. I have a trainer too. Why would a trainer have a trainer? The motivation, accountability, knowledge, second opinion, and the time away from telling others what to do. Instead, I’m being told what to do. These are all the reasons why I hire my own personal trainer also!

These fitness icons are unforgettable and if I had to teach an exercise history course, these top five names would be referenced. Jack Lalanne is the George Washington of fitness. It’s interesting that with each person, they define an era, or a time period that their type of exercise became incredibly popular. But they all went on after their fitness careers and somehow stayed in the spotlight via T.V. or writing. Legends never die. Fads will come and go, especially when the appeal is that results will come quickly. Each of these legends live the lifestyle, and when you choose to make changes, pick ones that last. All of their exercise programs are meant to develop habits for the long-term. Lalanne was about doing daily activity, Schwarzenegger did great program design for building muscle over time, Fonda and Simmons had low impact motivating approaches with variety, and Jillian has a support driven eating and exercise plan that is sustainable. My personal goal is to become a fitness legend and to someday make the list myself!