Unfortunately, there currently is no cure for Alzheimer’s disease, but people can help prevent it by eating a healthy diet, exercising regularly and staying socially active and mentally engaged. All of the data from the U.S. along with health statistics from across the globe support this notion. On the flip side, the ironic thing is that most of the medical community says there is absolutely no way to help prevent this disease. This is yet another prime example of the medical community not properly educating their patients on how Alzheimer’s can be prevented. The United States actually leads the world in several health care statistics which include diseases, diabetes, cancer and Alzheimer’s just to name a few. A staggering 72% of the U.S. population is obese or overweight and the U.S. is ranked 32nd in overall health in the world. This is a sad report card on the medical community along with the U.S. government. It actually shouldn’t be a big surprise since our government can’t even put together an affordable health care act. 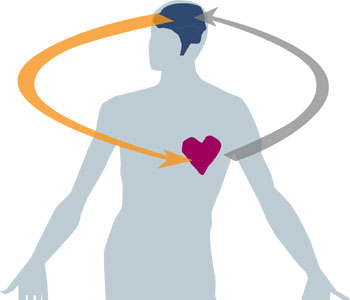 If you are trying to fix the problem wouldn’t you want to identify the true reason for it? The reason health care is not affordable is because of the poor overall health of Americans. It costs an enormous amount of medical dollars (3.4 trillion a year) to treat many issues that are occurring as a result of a lack of visibility and health awareness. It’s not getting any better for even our children since we rank #1 in the world in childhood obesity. Clearly, the medical community is not educating their patients about proper health and fitness with 72% of the population being overweight.

Why is this happening? The overall public is kept in the dark about major health issues and trends. Maybe our government leaders don’t speak out because they are being influenced by special interest groups like the medical community, Big Pharma and the food industry. You would think this type of information would make for headline news each night. That won’t happen because the media outlets do not want to lose the lucrative advertising business with these huge corporations. These groups clearly need to be held accountable in addressing the epidemic of poor health in the United States.

We have a huge health problem in the United States. Just look at the differences from country to country. Look at the Alzheimer’s rate based on cases reported per 100,000 people. I’m not okay with the U.S. being the worst large nation in the world being inflicted by this horrible disease. If genes were the main issue would the world be more balanced? There’s no doubt that Americans have some serious lifestyle, health and fitness issues that need to be addressed immediately. Fellow Americans, our political leaders and the medical community along with the media outlets need to get involved! 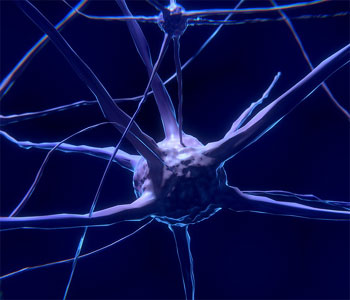 According to the National institute of Health, there are some basic health risk factors used to predict and prevent Alzheimer’s disease. They say that there are no cures for Alzheimer’s but by preventing basic health issues noted below, one can greatly reduce the likelihood of getting this disease. Based on U.S. health statistics, most of the health issues Americans face are self-inflicted and caused by a lack of education and a sense of urgency regarding one’s health. The fact that 72% of the country is obese or overweight validates this claim. Also, when you compare U.S. health statistics with other healthier nations, we stand out like a sore thumb. We are never going to have affordable health care if Americans don’t take care of themselves. I believe many Americans create their own health issues by making bad lifestyle choices, not eating properly and not getting enough regular exercise. The National Institute of Health lists some basic health risk factors and guidelines which are helpful in both predicting and preventing this disease. Each of us has, for the most part, the ability to prevent these issues by making better lifestyle choices and by following a nutritious diet and becoming more active!

Did you know that 80% of Alzheimer’s patients have diabetes or heart issues? The good news is that many of these issues can be prevented with regular exercise and a balanced diet. The bottom line is the more of these controllable risk factors you have, the more likely you are to get Alzheimer’s. I’m not a medical doctor, but the odds of contracting this horrible disease is much greater than the 1 out of 8 baby boomers expected to get Alzheimer’s.

According to experts, a healthy diet can reduce the likelihood of getting Alzheimer’s by 38%. If you are part of the 72% of the U.S. citizens that are currently overweight, you can do something about it! Cut sugar out of your diet, eliminate eating processed foods and avoid fast food at all times. Eat lean protein like chicken, turkey and fish. Stick to whole grains when enjoying pasta and focus on clean carbohydrates like quinoa and brown rice. Eat 5-7 servings of fruits and vegetables each day. Forget about all those starvation diets also! If you’re a heavy drinker then try to cut back on the alcohol since it slows down your metabolism and also affects your brain and hormones. 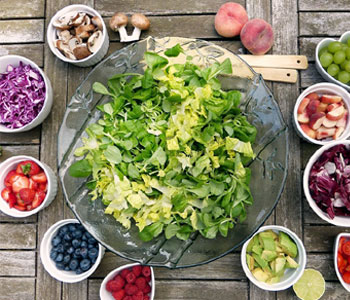 Supplements That May Prevent Dementia

Exercise Alone May Reduce Alzheimer’s Risk Up To 50%

According to the Alzheimer’s Research & Prevention Foundation, regular physical exercise can reduce your risk of developing Alzheimer’s disease by up to 50 percent! What’s even better is that exercise can also slow further deterioration in those people who have already started to develop cognitive problems. Exercise protects against Alzheimer’s by stimulating the brain’s ability to maintain old connections as well as make new ones. 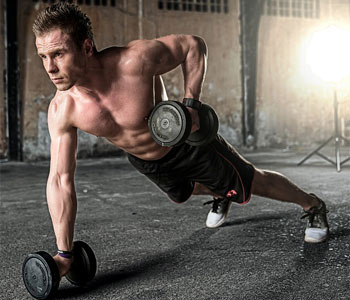 Having a balanced workout utilizing cardiovascular exercise, core training and weightlifting are key in maintaining optimal health. Fitness stimulates the brain, speeds up the metabolism and helps develop lean muscle mass which helps prevent many other health issues besides Alzheimer’s. Aim for at least 150 minutes of moderate intensity exercise each week. The ideal plan involves a combination of cardiovascular exercise and strength training. Good activities for beginners include walking and swimming. Here are the benefits of working out:

Staying socially engaged may help prevent Alzheimer’s. Network with others and involve yourself in activities on a weekly basis. Here are some tips: 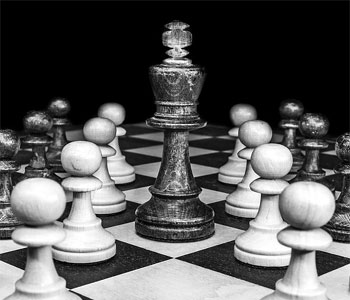 The Alzheimer’s Research and Prevention Foundation says it’s common for people with Alzheimer’s disease to suffer from insomnia and other sleep problems. New research suggests that disrupted sleep isn’t just a symptom of Alzheimer’s, but a possible risk factor. An increasing number of studies have linked poor sleep to higher levels of beta-amyloid, a sticky brain-clogging protein that in turn further interferes with sleep, especially with the deep sleep necessary for memory formation. Other studies emphasize the importance of uninterrupted sleep for flushing out brain toxins. Here are some tips:

Other Tips To Help Reduce Your Risk of Alzheimer’s Disease 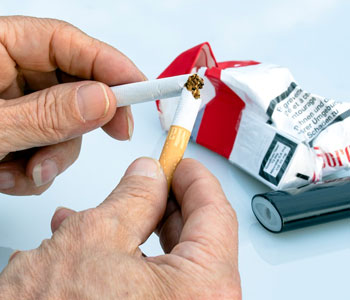 How To Slow Down The Progression of Alzheimer’s?

What can be done if someone is diagnosed with Alzheimer’s in order to slow down the progression of the disease and to improve their quality of life? The answer is eating a balanced diet while being active and lowering the risk factors. I’d recommend the Mediterranean diet which helps keep the weight down and also has many benefits which are known to help stimulate the brain. 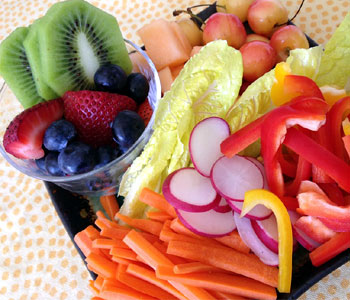 Get Active and Exercise

Exercise stimulates the brain and the body. Numerous studies have indicated that regular exercise can slow down the progression of Alzheimer’s. I want to heighten the awareness and knowledge and teach people how they can prevent serious health issues from occurring such as Alzheimer’s and other serious diseases. The good news is that most of these issues can be prevented by being proactive and making proper lifestyle choices, especially when it comes to eating a healthy diet and getting adequate exercise. The overall risk for getting horrible diseases such as Alzheimer’s, heart disease, cancer and diabetes can be greatly reduced. If you are currently overweight or obese, you’re a medical time bomb waiting to detonate! Educate yourself on what you need to do to become fit and healthy. There are tons of valuable health tips and advice available on the Internet like right here on the ShapeFit.com website. Take a few moments and read some great articles written by health and fitness professionals and I guarantee that you’ll gain a lot of knowledge as well as being inspired by the weekly weight loss success stories that ShapeFit showcases!

Can Genes be a Factor in Getting Alzheimer’s?

Approximately 25% of Alzheimer’s cases are due to genes. The good news is that 75% of potential Alzheimer’s cases might be preventable by controlling the risk factors! Here is more information about the genes involved:

Other Health Issues Associated with Being Overweight or Obese 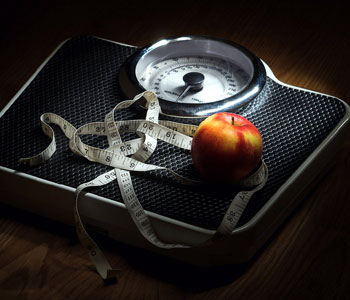 My goal in writing this article is not to scare Americans about serious health issues in the United States, but it’s to provide hope and education to everyone about what each person can do to not only prevent Alzheimer’s, but also help prevent many of the major issues causing Americans to needlessly suffer each day. By maintaining optimal health with enough exercise and a proper diet, you can reduce the likelihood of getting Alzheimer’s by as much as 80%! During my 59 years of life, the medical community has said they are looking to find a cure for cancer. Well, after 59 years there still is no cure! The same is true for Alzheimer’s and AIDS. There’s a reason why cures have not been developed for these issues. The medical community and Big Pharma make enormous amounts of money treating these horrible diseases than they would by just preventing them. Your future and your health are in your own hands!

Based on United States health statistics, the U.S. Health and Welfare Department is doing a miserable job keeping Americans healthy and safe. This department needs to be overhauled immediately with true unbiased health professionals who are put in place to tackle the U.S. health epidemic and make America safe again!

Our government is so out of touch with the seriousness of the health epidemic and is totally clueless as evidenced by the inability of congress to put together an affordable health care act. I haven’t seen one plan that even mentions the reason health care is not affordable. A big part of the problem is the lack of information being provided to Americans that would help keep Americans healthy and safe. Education and health awareness need to be the driving force in getting America healthy again!