You are at:Home»Health & Wellness»Andropause – Male Menopause with Low Testosterone Levels

What is Andropause?
By the time men are between the ages of 40 and 55, they can experience a phenomenon similar to the female menopause, called andropause. Unlike women, men do not have a clear-cut signpost such as the cessation of menstruation to mark this transition. Both, however, are distinguished by a drop in hormone levels of Estrogen in the female, testosterone in the male. The bodily changes occur very gradually in men and may be accompanied by changes in attitudes and moods, fatigue, a loss of energy, sex drive and physical agility.

Studies show that this decline in testosterone can actually put men at risk for other health problems like heart disease and weak bones. This usually happens at a time in life when many men begin to question their values, accomplishments and direction. It’s often difficult to realize that the changes occurring are related to more than just external conditions and is frequently associated with what is called a “Mid-Life Crises”.

A Gradual Hormonal Decline
While menopause generally occurs in women during their mid-forties to mid-fifties, the same transition in men may be much more gradual and develop over many decades. Attitude, psychological stress, alcohol, injuries or surgery, medications, weight gain and frequent infections can contribute to its onset.

To compound this frustration, none of these transition changes are predictable, aside from the fact that there will be a drop in testosterone. Neither is there a way of predicting who will experience andropausal symptoms of sufficient severity to seek medical help.

What Causes Andropause?
Just as in the female it revolves around a change in the production and relationship of certain hormones. Starting at about age 30, testosterone levels drop by about 10 percent every decade. At the same time, another factor in the body called Sex Binding Hormone Globulin, or SHBG, is increasing. SHBG traps much of the testosterone that is still circulating and makes it unavailable to exert its effects in the body’s tissues. What’s left over does the beneficial work and is known as “bioavailable” testosterone.

What Is The Impact of Low Testosterone? 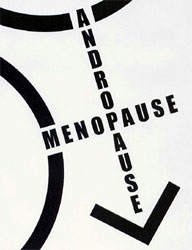 When there is less testosterone available, the testosterone target-organ response decreases, bringing about a variety of unpredictable changes.

Are There Any Risks Associated With Andropause?
Apart from the impact that andropause may have on your quality of life; there are other longer-term and silent effects of andropause that are harder to track: increased cardiovascular risk and osteoporosis.

Andropause & Osteoporosis
In a healthy individual, bone tissue is constantly being broken down and rebuilt. In an individual with osteoporosis, more bone tissue is lost than is regenerated. We’ve all heard of women suffering from weaker bones, or osteoporosis, after menopause. In men, testosterone is thought to play a role in helping to maintain this balance. Between the ages of 40 and 70 years, male bone density falls by up to 15 percent.

Unfortunately, with advancing age and declining testosterone levels, men, like women, seem to demonstrate a similar pattern of risk for osteoporosis. What’s more, approximately one in eight men over age 50 actually have osteoporosis.

Two important consequences of osteoporosis are often seen as a slow but progressive rounding of the shoulders as well as a loss of height and back pain. Particularly devastating seem to be hip fractures, up to one-third of patients never seem to regain full mobility.

Cardiovascular Risk
It is now well accepted that women’s risk of atherosclerosis (hardening of the arteries) increases after menopause. Estrogen replacement therapy seems to reverse this trend.

New evidence suggests that a similar phenomenon occurs in men as their testosterone levels diminish with age. While research is not as complete as for women, the clinical findings point to an association between low-testosterone levels and an increase in cardiovascular risk factors in men.

In andropausal men, night sweats and palpitations occur because of an overactive autonomic system in response to falling testosterone levels. To assess for hypogonadism, which is in part the clinical basis of the Andropause, the doctor will check for physical signs in men including hair loss particularly in the armpit and genitalia. Psychological tests may be carried out to rule out depression and other mood and cognitive changes.

Psychological Challenges With Andropause
Throughout the life of a male there are several psychological issues that he struggles with, and these challenges are often amplified during the time of the Andropause:

In the andropausal years the mind becomes less sharp and nimble. The older male becomes less swift in mental calculations and his judgment is not as accurate as before. Although once willing to take risks of all sorts, the andropausal man becomes more conservative and fears treading in unclear waters. They no longer participate in roller coasters and bungee jumping, but rather watch these on TV instead. Most lose courage to take on new ventures and feel it is a time to retire and to “take it easy”. However, fear and courage take on a different perspective in the andropausal years, especially in the older age group of the eighties and nineties.

Productivity is at the core of a man’s being. He feels happy when he creates something and is being noticed for it. He wants to feel contributory to his family and society. All his life he struggles to be the breadwinner for the family, and to get recognition at work for his efforts. In the days of early man, hunting and providing for his family and society was at the hub of function.

Andropause is a time of decline, when he is no longer as productive as he was before. Often he makes even less money than when he was younger, and feels threatened by younger more aggressive males biting into his turf. With the passage of time, various experiences and the fall in testosterone, quite a different male may emerge in later years.

The red hot male often converts to a mellow yellow version, becoming more “feminine” and “domesticated”, and taking on fewer challenges in the outside world, often preferring the cozy security of family and close friends. He is much less active, prefers his couch to watch television, and becomes weaker from lack of exercise.

Deep inside every man is the desire to remain young and be that little boy that he once was. This may become more marked after retirement as usually there is more spare time at hand. The andropausal man may relive his childhood days, often to the amazement of his partner or spouse! The mischief may be an extramarital affair, a new red sports car, a sudden passion for toy train sets, riding a bicycle, which he hadn’t done for years, and so on. Sometimes of these childish acts may even be mistaken for Alzheimer’s dementia! 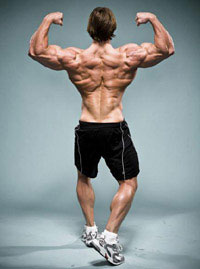 Andropause treatment may include lifestyle and dietary changes, herbal supplements or hormone replacement therapy. Men choose different treatments depending on the severity of their symptoms, their overall health and the advice of their doctor. What follows is a brief description of treatment options.

Testosterone replacement therapy is an option that must be closely monitored by a physician. Blood tests determine the current testosterone levels and those are compared to “normal” levels.

The physician must then ensure that the patient only receives enough of the hormone to bring his levels back up to “normal”.

Too much testosterone can actually affect the body’s natural ability to produce the hormone on its own. Men selecting testosterone replacement therapy as an andropause treatment have reported positive results in as little as three weeks.

Testosterone injections, also synthetic, appear to be more effective, but may be painful, because the hormone must be injected directly into a muscle.

Transdermal patches are worn on the skin and many people find them uncomfortable. A natural testosterone gel which is applied directly to the skin was approved for use by the FDA in 2000 and appears to be very effective as an andropause treatment. Men using the gel report increased energy levels, sex drive, endurance and overall muscle strength.

Lifestyle changes can alleviate some of the symptoms associated with andropause. One study of men who had been previously sedentary and began a regular exercise program reported increased energy levels, sex drive and an overall sense of well-being.

A good treatment program for andropause will include regular exercise and a healthy diet that is composed of foods that can naturally help boost testosterone levels.