You are at:Home»Health & Wellness»Ask a Doctor – Background and Facts on Medical Prescriptions

Description of Prescription
The word “prescription” (abbreviated as “Rx”) has some interesting associations when applied to the virtual realm. As in medicine, a prescription can be a cure, remedy, or solution recommended to correct a disorder, imbalance, or problem. It can take the form of advice or information, which in the realm of the unseen, is referred to as wisdom. Finally, a prescription is semantically related to a precept or guideline.

This meaning can be extended to include a guiding rule or a set of activities undertaken as part of one’s daily discipline. A virtual Rx then consists of remedies, wisdom, and recommended activities for those taking up a journey in the virtual realm. On the other hand, in today’s society, the concept of a prescription has been repackaged to represent the promise of resolution in a pill, a procedure, a therapy, a diet, a piece of equipment, or involvement with a particular belief system, exercise routine, or investment group.

As with any recommendation, prescriptions provoke some additional questions as to their efficacy, necessity, and side-effects. Many people may have questions for their doctors about tests, surgery, therapy, recovery, drug treatment, risk factors, lifestyle changes, and other procedures. Few ever get to ask these questions, let alone get answers to them. There is much finger-pointing as to why. I state this here not to criticize doctors, but merely to demonstrate a point that is best illustrated by the following commentary. 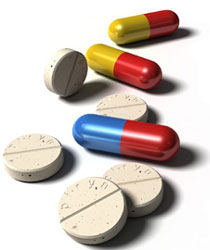 On television, the drug companies make it sound as if you could talk to your doctor anytime you want to about anything. In all probability, these are disclaimers devised by their legal departments. The reality is that, aside from not having time to answer the suggested questions, most doctors don’t really know the answers.

Of course, many of them know what they’ve been told to say in response to questions about certain medications, but I’m talking here about really knowing. Nearly all doctors can respond adequately to questions concerning routine procedures with which they are experienced, but most doctors are far too inundated to have time to sort out the facts about procedures they have not used before with their patients.

Now facts, not unlike opinions, are not necessarily good or bad. They are usually just representative of a historical occurrence that can be used statistically to suggest any version of the truth to which one might subscribe. Sometimes, they can just be ignored altogether in lieu of conditioned response patterns to which the individual doctor has adapted. To demonstrate the commonness of these widespread perceptions, consider the impact of the following historical and statistical data.

Historical Facts
America was first in overall citizen health in 1900. By the beginning of World War II in 1941, we dropped to fifty-fourth. We rose back to number one before the war ended. Why? Primarily, because of food rationing and a return to home gardening and the development of the whole food store. Since that time, we have become world leaders in the technological manufacturing of artificial and preserved foods. We have also developed some of the most advanced medical institutions in the world to deal with the symptomatic results of these advancements. Meanwhile, our health status has continued to plummet to our current ranking as 100th in overall citizen health.

W.H.O. Study
Several years ago, a study done by the World Health Organization ranked thirty-three of the top industrialized nations on the planet in various categories of health. Considering our self-proclaimed role as the most advanced technological society in the world, and our arrogant aversion to researching alternatives, the results are most enlightening.

Out of the thirty-three nations evaluated, we ranked seventeenth in longevity. Sixteen other nations have populations who routinely live longer than the residents of the United States. Some of these include France, Italy, Portugal, and Japan. We were ranked twenty-third in the first year survivability of newborns. Twenty-two nations are documented to have a better chance of their babies surviving the first year of life than those born to residents of our high-tech medical society. Out of the thirty-three nations surveyed, we ranked last in the area of birth defects. Thirty-two nations have a lower birth defect rate than we do. 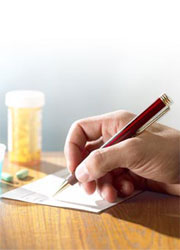 In fact, our animals are raised with a higher standard of basic health and nutrition than that available to our human offspring in the U.S. This is evidenced by the disparity in the rates of birth defects between humans and cattle. The current rate of human birth defects is one in 5,000. The rate of defects in the cattle industry is one in 500,000, or 100 times less than that experienced in the human population. In contrast, a cursory assessment of the nutritional resources available to human progeny and their counterparts in the animal kingdom discloses some rather disconcerting facts.

Questionable Human Standards
Of all the commercial infant food formulas available on the grocery store shelves, none currently has more than twelve minerals available as a constituent of the basic ingredients. Science Diet dog food has no less than forty. Lab rats are fed rabbit pellets with at least twenty-eight minerals. Mere coincidence, or do these facts suggest a healthier population of animals than infant humans?

Of course, the most obvious symptoms of childhood illnesses are written off as normal and routine. This is where sickness is considered to be an expected feature of the maturing process. For some reason, we assume this to be sensible. Is attempting to eliminate or minimize the causal factors unrealistic? Perhaps a notion as undemanding as “nutrients in and waste product out” is too simplistic for our sophisticated technological palate.

Prenatal Insanity
Meanwhile, the feeble attempts at prenatal nutrition contribute to the statistics. Political efforts to justify this behavior are based upon the partial truths of bogus studies performed by organizations with vested interests and ulterior motives. This is compounded by efforts to placate a population laden with functional learning disabilities by suggesting that pharmaceutical intervention presents the most viable alternative to managing these ravaging disorders. Rather than explore the possible relationship between normal function and adequate nutrition, we have opted for medicinal marvels to suppress the symptoms.

All parties seem to be appeased by the passing of legislation that makes evaluation of the disorder available after the disorder is expressed as a symptom complex. This, then, is fully consecrated in the form of its own diagnosis code. While the concept of supplementing the diets of developing children appears to be less absurd than escalated nutritional intervention three to six months prenatal, it is still far from a commonplace practice.

Perhaps it is considered a fanatical obsession that would lead one to request some nutritional support in addition to the “prescription-only” formulas advocated by medical obstetricians, which typically contain all of four minerals essential to the normal biochemical environment in which the developing fetus will be expected to thrive. 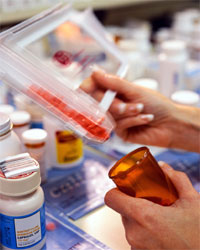 Common sense would dictate that if in the first two weeks of life the nervous system (including the brainstem and the spinal cord) is the first structure to emerge and develop, it must have the essential elements available to do so with any degree of reliability. It seems obvious that the integrity of the developing system is dictated by the quality of the raw materials with which it is supplied. It seems equally apparent that the resulting system will most likely exert a high degree of control over what emerges as a consequence.

This scenario alone would authenticate preconception nutritional support, as well as ongoing supplementation as the human embryo evolves. It is not difficult to imagine how wide varieties of imbalance emerge as normal variants in a biochemical environment gone berserk. Further clouding the waters of common sense are the distorted perceptions of the balanced lifestyle required to support and encourage long-term wellness.

Modern approaches to the models of health, diet, exercise, and nutrition, have done little more than confuse the issue. The staggering levels of infertility and birth defects alone should lead us to examine the authenticity of society’s opinions about what constitutes a healthy lifestyle. Is it actually realistic to assume that the high levels of birth defects, infertility, and miscarriage are chance happenings?

Perhaps the innate wisdom of the body recognizes circumstances incompatible with life and communicates via an extreme response in the form of defect, miscarriage, or simply not allowing the process to be initiated? Are the myths of the predisposition for middle-aged birthing difficulties in our culture merely affirmation by an intelligence that recognizes a deprived biochemical environment in which it refuses to allow life to be conceived?

Yet, given these facts and observations, the commercial advertisement of medications as a way out suggests that we merely need to consult our doctor to see if a particular chemical is appropriate for our symptoms. In light of the probability that the body can actually think and manufacture its own solutions, this proposal becomes even more impractical.

For more information how you can become proactive in bringing about productive changes in your own life please see my articles on VCD and Quantum Lifestyles.