You are at:Home»Health & Wellness»Cause and Effect in the Physical Realm for True Wellness

The Hammer and the Nail
In one of my earlier books, A Question of Balance, I shared a story that aptly illustrates cause and effect in the physical realm. It is also a suitable example of the “hammer and nail” caveat. For this purpose, I would like to share it again here. Some time ago, I had the opportunity to evaluate the concerns of a young man who came to me with symptoms of pain in the left shoulder.

Despite numerous attempts by a wide variety of healthcare professionals to eliminate his discomfort, it persisted and seemed unaffected by these efforts. Prior to his reluctant appearance in my office, he had subjected himself to many of the usual, and some quite unusual, assessments and treatments for the symptom of shoulder pain. His pain was unyielding in its response to treatment. He continued to be passed along with the diagnosis of chronic shoulder pain. All of the treatments to date had been directed toward the site on his shoulder where the symptom of pain expressed itself.

Physically, he seemed to be a healthy and robust young man with an interest in weightlifting. The symptoms had progressively worsened over a period of months. X-rays, MRI, orthopedic evaluations and diagnostic ultrasounds yielded no clue as to the source of the pain. Cortisone injections, massages, and a wide variety of home therapies provided no relief. Despite the best-intentioned efforts of all the individuals he consulted for the problem, his shoulder pain persisted.

He remained a victim of the hammer and nail syndrome. As you recall, this caveat dictates
that when all you have is a hammer, everything looks like a nail. As I suggested earlier, one of the dilemmas of our specialized healthcare environment is that we all tend to evaluate and treat from the perspective of our specialized training. 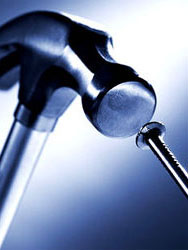 Despite a broad-based foundation in differential diagnosis, an orthopedic surgeon might perceive the shoulder pain as a joint dysfunction. A chiropractor may view it as a spinal instability. A massage therapist might construe it as a muscle imbalance. An acupuncturist may see it as a meridian problem, while a psychotherapist may diagnose unexpressed anger.

In reality, they may all be right to some extent. Unfortunately, none of them accurately reflects the causal mechanism that resulted in the expression of the specific symptoms. The actual source of the imbalance was direct trauma to the subscapularis muscle. This is a small, frequently overlooked muscle that lies beneath the shoulder blade, i.e. scapulae. It was originally injured due to a combination of using too much weight in conjunction with poor technique, overstretching, and overuse.

Repetitive micro-trauma accumulated into small trigger points as he continued to try to use the injured shoulder. This simply means that, at some point, he actually injured one of the muscles attached to the shoulder joint. The initial injury itself was so subtle that it went unnoticed until it escalated to the point that it affected his performance. To that point, he simply assumed it to be post-workout soreness.

As he continued to use it, scar tissue began to form. The circulation to the tissue was compromised. Nutrients could not be delivered and waste product could not be removed. So the metabolic waste became trapped in the tissue and caused inflammation. This reactive inflammation, once identified and neutralized, eliminated the shoulder pain during the course of his initial treatment utilizing a combination of moist heat, manipulation, and neuromuscular therapy.

Superficially, this appears to be a tribute to astute diagnostic skills. However, it is illustrative of the potential inherent in the application of the caveats. If you look closely at this case history, you’ll see all of the caveats present. Of course, there is the hammer and nail caveat. Not far behind is the hoof beats and horses caveat. This is followed closely by everything works, no panaceas, and the action/reaction caveat.

Everything Is What It Isn’t
As observed in the previous example, the apparent shoulder pain was, in fact, pain in the shoulder. However, it was not shoulder pain per se. It was pain expressed as a result of an imbalance in the underlying musculature that presented itself as pain in the shoulder. A similar dilemma exists in a broader deliberation of cause and effect. In the case of expansive symptom complexes, the diagnosis are frequently a moot point.

Too often, the temptation is to see the presenting symptom as the focus of well-intended efforts, rather than acknowledging the person who is exhibiting the symptoms of imbalance A whole person point of view presents the simple complexity of determining cause to determine effective treatment. This model can be simplified to represent the entire domain of human experience, as it obviously includes the physical, the biochemical and the psycho-emotional-spiritual (or virtual) realms of possibilities.

The Chicken and the Egg 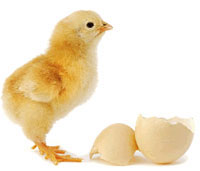 Operating from this whole person model, the age-old “chicken and egg” metaphor can be aptly referenced. For centuries, a debate ensued among the great minds of the healing arts. The essence of this controversy revolved around the proposition that disease entities actually caused disease.

For instance, a germ or virus would invade the body and advance an assault resulting in an ailment. Disease was thought to be organism-specific. Opponents of this view held that disease agents were everywhere all the time, and merely took advantage of an opportunity to invade and subdue susceptible or diseased tissue.

This would suggest that the various agents of doom were not the actual cause of the affliction. Rather, the nature of the diseased tissue was the determining factor that dictated the extent to which symptoms might express themselves. On his deathbed, Louis Pasteur is reported to have yielded to this theory, suggesting that the terrain is everything.

Despite this quiet acknowledgment, the “doctrine of specific cause” was adopted as a basis for the modern medical model. This theory asserts that a single microorganism is the sole causal factor in producing specific symptoms of disease in an otherwise healthy organism. The overall condition of the whole person was discarded in exchange for the single cause theory.

Despite overwhelming evidence to the contrary, the millennium of the microscope unveiled detailed descriptive data for examining the effects of disease. It also abolished any consideration of the susceptible environment in which disease might propagate.

H.R. Holman, M.D., from Stanford University, aptly summarized this dilemma in his presentation on “the crisis in healthcare.” He stated, “Some medical outcomes are inadequate not because appropriate technical interventions are lacking, but because our conceptual thinking is inadequate.”

Based upon this premise, we might assume that healthy tissue could be the ultimate defense against the ravages of foreign intruders. What causes or allows normal, healthy tissue to become compromised to the extent that it yields to these disease-generating trespassers? What can we do to prevent the ravages of age from becoming the source of an endless series of painful physical experiences resulting in disease and death?

A consideration of the intrinsic nature of balance within each of the three realms is essential to fully grasp the latent potential in these questions. Since the realms embody the entirety of one’s life experience, a closer look is central to an appreciation of their significance. 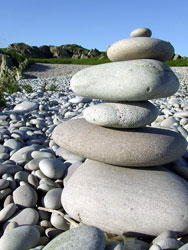 There is a subcategory of patients who function well in mild degrees of imbalance. In these cases, it is difficult to identify a cause simply, since it exists in the mind of the patient experiencing the symptoms. These symptoms are typically chronic and low-grade. These symptoms also tend to involve all three realms, since an undisclosed need is being fulfilled by the functional imbalance.

In other words, the patient is deriving some satisfaction from his or her apparent dysfunctional behavior. There is some pay off for perpetuating the imbalance that produces the symptoms. Usually the symptoms are more pronounced than any objective findings.

Any attempt to address cause is quickly thwarted by distractions. These typically arise in a realm other than the one being focused on for treatment. This is, by and large, a sure sign that one is on the right track. However, efforts to shape a remedy are discouraged and resisted by the patient. If one persists in their efforts to encourage resolution, more times than not, the patient will discontinue care.

Meanwhile, these patients tend to be devoted to the point that a pseudo-dependency develops, along with enough cooperation to maintain the relationship. Generally, these individuals are harmless and simply experience some deep lack. This allows them to present themselves with just enough low-grade symptoms to feed their need through a relationship with a caring provider. Once identified, it becomes the choice of the caregiver as to whether or not to continue with the relationship. Nurtured over an extended period of time, these individuals tend to respond productively, albeit slowly.