You are at:Home»Health & Wellness»Dark Side of Placebos – Psychological and Physical Changes

If people expect to feel better from a pill or medical treatment, they just might, even if the pill is made of sugar or the treatment is a sham. This kind of response is so well established that researchers regularly use dummy drugs, classically described as “sugar pills”, in clinical trials to help gauge how much of an active medication’s effectiveness comes from the drug itself.

Researchers have identified a neural pathway from a region of the brain associated with placebos and with thinking about emotional experience to a region closely linked to the placebo-related outcome of diminished pain. But, why do these areas of the brain decrease their activity in response to the placebo?

The latest research findings suggest that belief about the effectiveness of the placebo is turning on one area of the brain, which, may be shutting off another area to some degree.

Contrary to public perception, orthodox medical opinion is remarkably confident about the healing powers of the mind. For the past fifty years, doctors have been taught that placebos such as sugar pills and water injections can relieve virtually any kind of medical condition. Yet placebos only work if you believe they work, so the medical confidence in the power of the placebo effect has provided scientific legitimacy to popular claims about the healing power of the mind. 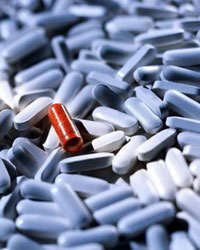 But placebos have a flip side: some people claim to feel worse after taking the inert chemicals. They complain of headaches, fatigue, insomnia, stomachaches, nausea, dizziness, weakness, and other symptoms-side effects they claim weren’t there, pre-placebo. These ailments are not only real, but can be disabling, and about a quarter of those taking placebos report them.

Opinion is that this occurs because people re-label existing ailments as side effects of their medication. This puzzling phenomenon, the “nocebo” effect (in Latin, placebo means “I shall please,” and nocebo, “I shall harm”), occurs in large part because a patient who expects to suffer painful symptoms is more likely to.

Depressed patients tend to feel bodily distress. Women, who report disturbing initial symptoms more often than men, are also more likely to report nocebo effects. Patients with a history of side effects can become conditioned to develop them again-and not only because of external factors that come into play as well.

A drug’s reputation can make people wary. Many patients, for example, are aware of allergies to penicillin. Up to 10 percent of those hospitalized report a penicillin allergy, according to available research. But in a carefully supervised and monitored study of such patients, 97 percent of them actually had no reaction when they were administered oral penicillin.

Even a pill’s size, shape, and color can make a difference. Studies have shown that red, orange, and yellow pills are associated with stimulants; blue and green pills tend to make people sleepy. It’s a way our brains fool us. It’s a process that takes place within our heads, convincing us of something that just isn’t true. It is a good and real example of “it’s all in your head.” And it can have serious consequences, including death . Yes, really.

The mind-body connection can actually destroy the mind and body. Here’s how it works: we are given a prescription for a drug – any drug, even a placebo drug – or we are given some kind of treatment, and told what kinds of side effects are possible with that treatment. Then we suffer from those side effects because of the power of suggestion, and not because we are physically suffering them.

A Harvard study reported in JAMA (Journal of the American Medical Association) showed the strength of this phenomenon . A story last month from the McClatchy newspapers reported on a man’s death – not FROM cancer, but because he THOUGHT he had cancer . 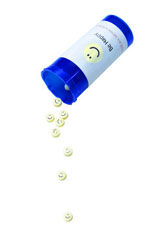 What do wise patients take away from knowledge of the nocebo effect? Our takeaway needs to be that separating our heads from our physical reality can be every important when it comes to being treated. We need to make sure our outcomes truly benefit us, or truly harm us. If a placebo makes you feel better – well, then, so be it. But when a placebo becomes a nocebo, we need to be on guard to make sure that it is quickly recognized and resolved.

Patients taking active medications frequently experience adverse, nonspecific side effects that are not a direct result of the specific pharmacological action of the drug. Although this phenomenon is common, distressing, and costly, it is rarely studied and poorly understood.

The nocebo effect is the conceptual opposite of the placebo effect and can be defined as the harmful effects seen in a person that occur in response to treatment (i.e. a placebo) but cannot be considered due to the specific treatment used.

The nocebo effect has been implicated as a possible explanation for the large number of side effects seen with drug therapies. Perhaps the most well-known example of the nocebo effect in medicine was the observation during the Framingham Heart Study that women who believed they were prone to heart disease had a four times higher risk of death than women with the same risk factors who did not believe they were prone to heart disease.

Ultimately this illusive response falls under the category of “Imagination Medicine” So, could the placebo effect be making a drug appear more effective than it really is? Could the placebo effect cause an opposite result also? Could someone be so convinced the medicine would not help them that they would not get better? Has anyone researched or considered researching this type of “opposite” placebo effect? 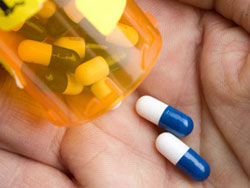 Well, the answer is yes and no! Studying the nocebo effect is difficult ethically because doctors would need to tell the patient, “‘Now I’m going to give you a substance that will increase your pain’ but actually give a placebo.”

Because of ethical concerns, nocebos are not commonly used in medical practice or research. Thus, it is not unexpected that the nocebo effect is not well-established in the scientific literature. However, there are some anecdotes and some studies that are commonly appealed to in the literature to support its validity.

More than two-thirds of 34 college students developed headaches when told that a nonexistent electrical current passing through their heads could produce a headache.

“Japanese researchers tested 57 high school boys for their sensitivity to allergens. The boys filled out questionnaires about past experiences with plants, including lacquer trees, which can cause itchy rashes much as poison oak and poison ivy do. Boys who reported having severe reactions to the poisonous trees were blindfolded.

Researchers brushed one arm with leaves from a lacquer tree but told the boys they were chestnut tree leaves. The scientists stroked the other arm with chestnut tree leaves but said the foliage came from a lacquer tree. Within minutes the arm the boys believed to have been exposed to the poisonous tree began to react, turning red and developing a bumpy, itchy rash. In most cases the arm that had contact with the actual poison did not react.”

Since patients’ beliefs and fears may be generated by just about anything they come in contact with, it may well be that many things that are unattended to by many if not most physicians, such as the color of the pills they give, the type of uniform they wear, the words they use to give the patient information, the kind of room they place a patient in for recovery, etc., may be imbued with rich meaning for the patient and have profound effects for good or for ill on their response to treatment.