You are at:Home»Health & Wellness»Mind Over Matter – How Feelings and Emotions Affect Health

In attempting to eliminate an apparent disease, it is important to ask whether its true cause has been determined, or is it merely the symptoms of imbalance that allow for the expression of a diagnosable entity? What truly causes a person to become ill? Without a cause, how is a cure even possible?

This is the current dilemma of conventional medical science. This is the frustrating reality facing researchers. Herein, lays the causal dynamic of Vicious Cycle Disorders. This is the motivation for considering the whole person before initiating any therapeutic intervention. This is the promise that lies beyond science and beyond medicine.

Given that the body is an amazing and miraculous piece of machinery, there’s much more going on here than meets the eye. “Inside out,” and “As above, so below,” are simplistic analogies that convey wisdom beyond words. Yet, while observable, the innate wisdom of statements such as these is beyond the scrutiny of conventional scientific assessment.

This wisdom also seems of little use in resolving the chronic symptoms of ailing patients. Or is it? Arguments persist on both sides of the debate as to whether it is more effective to treat the body through the mind, or the mind through the body. There is ample evidence to support
both approaches.

One side of the bias holds that matter is dominant over mind. This school of thought asserts that there is no correlation between a state of mind and a disease process. Volumes of well-constructed studies at prestigious institutions confirm this position. Many are reported in prominent publications, such as the New England Journal of Medicine. By illustration, one such study performed in 1985 at the University of Pennsylvania concluded that disease, as a direct reflection of mental status, is largely folklore. 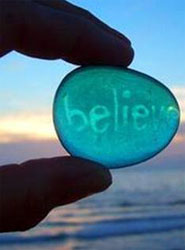 My personal opinion is that this study and other similar studies are basically flawed. I believe that these studies are merely designed to observe the effects of a contrived set of circumstances that are impossible to comprehend. These circumstances include the state of mind of the individual being observed. While possible to obtain some subjective data as to what the individual is thinking or feeling, it is impossible to know their thoughts. Remember that the best current estimate is 60,000 thoughts per day.

In the other camp, convincing research suggests something quite to the contrary. For instance, at my undergraduate alma mater, Ohio University, an unexpected finding was reported during a heart disease study in 1970. Highly toxic, high-cholesterol diets were fed to rabbits in an attempt to produce the blocked arteries associated with similar diets in humans.

Findings in all the rabbit groups were consistent, except one. This one group displayed 60 percent fewer symptoms for no apparent reason. No apparent reason, that is, until an incidental finding was disclosed. It was discovered that this one group of rabbits was getting something that the other groups were not. They were being stroked and caressed by their caretaker prior to being fed. Repeat experiments produced similar results.

This study, although a bit more holistic in nature, is actually substantially more valid. It actually documents an observable and reproducible response under controlled circumstances in which the variables are well-known and established.

Mind-Body Science
Since the emergence of the various counterparts in the mind-body movement, numerous and more aggressive studies have emerged to support both sides of the issue. The blatant polarity of these positions ultimately goes to suggest that they are both part of a larger dynamic. Nonetheless, the mind-body frontier is the research laboratory of the future. Simply asking someone how they feel at any given moment about a particular issue is entirely too subjective to substantiate a firm position regarding cause and effect.

This shows the need for caveats to serve as guides through the process of determining cause to achieve a cure. Given the number of thoughts an individual may have in any given day, and the fact that this is occurring in billions of people who are constantly interacting, one can only observe the net effects of the interface. Because everyone affects, and is affected by, everything continually, reality based upon this fundamental exchange is variable at best.

If just one person experiences a spontaneous remission, it is proof enough that another dynamic is at work that just hasn’t been identified yet. Sooner or later, the mechanism of cure will be quantified and refined. In fact, a detailed explanation for such a phenomenon has already been addressed in the world of quantum physics. Recalling our earlier discussion of probability and possibility, genetics is quantified probability. It is concerned with the statistical likelihood of something occurring. The more something happens, the more likely it is to occur again.

Meanwhile, just because something hasn’t happened yet (or hasn’t yet been observed), doesn’t mean that it can’t or won’t happen. Therein, lies the unresolved mystery, and in the mystery, the solution. All the rest are stories about observations to support the reality of a personal belief system. In other words, the explanation, impression, or expressed opinion concerning a condition, group of unresolved symptoms, or unexplainable cure is presented within the context of what a given individual believes to be true. 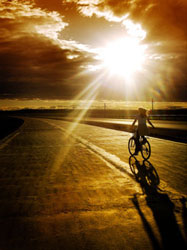 For instance, I have seen what might be called spontaneous remission in numerous patients over the years. By example, the cases that follow illustrate the unpredictability of the variables involved in a complete and total “restoration to health.” They also embody a cause-specific “cure,” and demonstrate the central point of the caveats I speak about in “Beyond Medicine, exploring a new way of thinking.”

The more something happens, the more likely it is to occur again. However, just because something hasn’t happened yet (or we haven’t yet observed it), doesn’t mean that it can’t or won’t happen. Therein, lies the unresolved mystery, and in the mystery, the solution. All the rest are simply stories about observations to support the reality of a belief system.

Sometimes the belief system is merely an agenda that represents a fundamental sense of entitlement on the part of the patient with the symptoms. They have somehow come to believe that they are at liberty to express behavior or receive attention through their physical ailment that has otherwise been denied them in other areas of their lives.

Other times, the belief system is perpetuated by a healthcare professional that feels threatened by an inability to successfully resolve a patient’s issue and expresses his or her insecurity through the dogmatic adherence to a condescending and self-righteous attitude or behavior. That being said, I am more convinced than ever that there can be no problem without a solution. The solution is always contained within the problem, however the problem is not always where or what it appears to be.

Abnormally Normal
The blatant polarity of the positions espoused by the opponents in the mind-body controversy ultimately goes to suggest support for the fact that they are both part of a grander scheme. After almost thirty years of seeing every imaginable symptom manifest itself in unpredictable and unusual ways, and similarly extraordinary cures, I am of the opinion that both sides are right. They’re just not both right all the time.

Hence the caveat “everything works.” However, to achieve optimal results from the application of a given modality to a set of circumstances, the selection of tools must be specific and appropriate. In other words, to resolve a disruption of normal function, we must know the cause of the disruption and where the cause is rooted.

I am decidedly persuaded that there are no true diseases. Diagnosable diseases may simply be the end result of a much subtler process. Disease entities may be the outcome of an undiagnosed long-term imbalance seeking expression in the form of a last-ditch attempt to get our attention. These imbalances can originate in any of the three realms or through their by-products.

Operating from this whole person model, the age-old “chicken and egg” metaphor can be aptly referenced. For centuries, a debate ensued among the great minds of the healing arts. The essence of this controversy revolved around the proposition that disease entities actually caused disease. For instance, a germ or virus would invade the body and advance an assault resulting in an ailment. Disease was thought to be organism-specific. 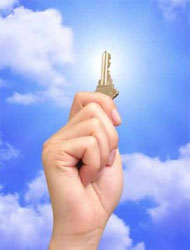 Opponents of this view held that disease agents were everywhere all the time, and merely took advantage of an opportunity to invade and subdue susceptible or diseased tissue. This would suggest that the various agents of doom were not the actual cause of the affliction. Rather, the nature of the diseased tissue was the determining factor that dictated the extent to which symptoms might express themselves.

On his deathbed, Louis Pasteur is reported to have yielded to this theory, suggesting that the terrain is everything. Despite this quiet acknowledgment, the “doctrine of specific cause” was adopted as a basis for the modern medical model. This theory asserts that a single microorganism is the sole causal factor in producing specific symptoms of disease in an otherwise healthy organism.

The overall condition of the whole person was discarded in exchange for the single cause theory. Despite overwhelming evidence to the contrary, the millennium of the microscope unveiled detailed descriptive data for examining the effects of disease. It also abolished any consideration of the susceptible environment in which disease might propagate.

H.R. Holman, M.D., from Stanford University, aptly summarized this dilemma in his presentation on “the crisis in healthcare.” He stated, “Some medical outcomes are inadequate not because appropriate technical interventions are lacking, but because our conceptual thinking is inadequate.” Based upon this premise, we might assume that healthy tissue could be the ultimate defense against the ravages of foreign intruders.

What causes or allows normal, healthy tissue to become compromised to the extent that it yields to these disease-generating trespassers? What can we do to prevent the ravages of age from becoming the source of an endless series of painful physical experiences resulting in disease and death? A consideration of the intrinsic nature of balance within each of the three realms is essential to fully grasp the latent potential in these questions. Since the realms embody the entirety of one’s life experience, a closer look is central to an appreciation of their significance.