You are at:Home»Health & Wellness»Negative Ionized Hydrogen – A Powerful Antioxidant for Health

Browsing the ads in the numerous magazines targeting the fitness community it is curious to note the vast array of similar symptoms which such a diversified conglomerate of nutritional formulas are designed to address.

Interestingly enough, very few of them have anything in common; while fewer yet are based upon actual science and none of them contain the one ingredient that your body requires to accomplish all of these tasks. That ingredient is H- (negatively charged hydrogen).

THE HYDROGEN STORY
This little known nutrient is, in fact, the smallest element known to exist at this time. In spite of its size, it is indispensable in virtually every chemical reaction in the body.

Nowhere is this more important than inside the cells of our body where tiny organisms, called mitochondria, translate the free electron negative charge associated with the H- molecule into the ATP which provides the energy necessary to produce growth, repair, and regeneration of the body.

In the latter half of the 20th century, it became apparent that the negative hydrogen ion was not as rare and short-lived in nature on our planet’s surface as once thought. Indeed, by the 1990s it became apparent the H-minus ion is ubiquitous in the biochemistry of life forms on earth, and essential to certain key biochemical reactions related to the citric acid cycle (Krebs cycle) in living organisms.

By the late 1990’s, it became obvious that several common antioxidants found in plants and animals (Vitamin E among them) function as an antioxidant by acting as a transport vessel for the H- ion, donating it at the right time within living systems to neutralize any of several species of oxygen free radicals (oxidizing radicals), also known as reactive oxygen species (ROS) occurring in tissues or fluids in or around the cells.

It also became generally recognized by the late 1990s that the likely mechanism by which certain key energy-transport molecules in living systems were formed and subsequently regenerated after “being burned” was via donation of H- to the molecule by a donor molecule, the origins of which ultimately traced back to the energy liberated from sunlight during photosynthesis.

IN THE ABSENCE OF AN ABUNDANT FREE ELECTRON POOL YOUR ABILITY TO PERFORM AND RECOVER WILL BE SUBSTANTIALLY LIMITED, REGARDLESS OF WHAT OTHER NUTRIENTS ARE PRESENT!

The bottom line here is that the free electron associated with the H- complex is necessary as a raw material for the mitochondria to produce energy. The hydrogen to which it is attached is utilized to combust available oxygen to allow us to express the energy, which is produced. Therefore, regardless of the amount of cardio you perform, or the amount of protein, fats, carbohydrates, or any other nutrient you take to enhance your performance you will never experience your full potential in the absence of a rich free electron pool of H- in the body.

For the athlete this translates into two important functions, which will determine their ultimate ability to excel in a chosen sport; PERFORMANCE and RECOVERY.

HOW CAN I KNOW?
In the absence of a “Matrix Assessment Profile” you may obtain information about the effectiveness of any given nutritional program by using an ORP (Oxidation Reduction Potential) meter to measure the oxidation or reduction power of a substance, usually a liquid.

It is measured in millivolts (mv.) on a scale from -1,200 (most strongly reducing) to +1,200 (most strongly oxidizing). A reading at or below approximately zero (0) strongly, although indirectly, indicates an increasing concentration of the negative hydrogen ion or potential for creating energy.

WHY IS THIS IMPORTANT?
As any athlete knows, one of the greatest dangers and side effects of heavy training is the production of excessive free radicals. These damage the ability of our cells to perform the functions required for repair and regeneration. Biochemically, free radicals are simply substances which steal electrons.

Therefore, if you are training heavy, you are more than likely creating excessive free radicals which are depriving your body of the one substance required to achieve the purpose for which your training was designed.

BUT I TAKE ANTIOXIDANTS 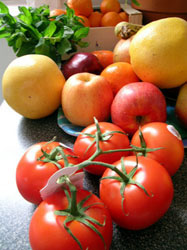 Medical science has well documented the need for antioxidants to neutralize the unstable free radical activity produced by exercise. If you are a seasoned athlete, you are probably consuming antioxidant complexes as part of your nutritional support program. This most likely consists of antioxidant compounds such as Vitamin C, Vitamin E, Betacarotene, Selenium, grape seed or pine bark extracts, etc.

The problem with all antioxidants is twofold:

This process is known as the electron cascade and is the reason for including a broad spectrum of antioxidants in any supplemental nutritional program.

SO WHAT CAN I DO?
Albert Szent-Gyorgyi, in his original research for which he won the Nobel Prize for his work on Vitamin C, discussed electron flow in the body. Electrons move but never by themselves. There needs to be a carrier. That carrier is the hydrogen atom with the extra electron in the outer shell.

Free electrons affect the body in a very positive way as the free radicals are neutralized. Since free radicals normally steal electrons from cell walls and DNA structure the inevitable result is abnormal cell function and eventually disease. Science is very clear that free radicals are the basis for many of the major disease processes in the body today. The hydrogen also feeds into the energy cycle of the body providing healthy energy and creating less fatigue.

Stop Sickness before It Starts – Improve Your Biochemical Environment
Getting sick requires that your natural resistance break down. All cells live in the biological fluid. It is the environment in which they function day-to-day. A balanced biochemistry means balanced fluid which in turn means healthy, vibrant cells. When cells are healthy, sickness can’t get a foothold. This is letting the body and your natural defense system do the job it is designed to do … stay healthy!

So, if you are an athlete who has hit a wall in your training, suffers from DOMS, truly wants to experience more energy, less fatigue, or improved mental clarity, see how can this simple hydrogen atom can improve your performance while:

Increase Your Resistance and Stay Healthy with intentional supplementation

H-minus ion in foods
Some folks decide to eliminate highly processed and heated foods from their diets, and instead, choose to incorporate large amounts of raw foods such as raw vegetative products (fruits, vegetables), and sometimes raw animal products (raw eggs, dairy, fish and meats) as well. Some also choose to start drinking unprocessed and unfiltered water from natural deep aquifers. The very act of switching to such a diet of raw, unprocessed foods drastically increases the availability of the H-minus ion in the daily intake. 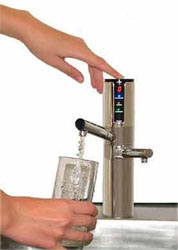 The most ubiquitous supplemental source of the H-minus ion for the past 45 years in Japan and past 15 years in the USA has been so-called “alkaline ionized water”, also known as “micro water”, from kitchen countertop water ionizers. This water is more accurately called electrolyzed reduced water (ERW); which is the naming convention which most commonly appears in articles in scientific literature to denote this water.

This water is often called “reduced water” due to its reducing, or antioxidant activity, and has been called “microwater” by some commercial vendors due to the fact that the water exhibits a smaller cluster size than “normal” water.

There exist some people who deliberately ingest H- as a nutritional supplement for the health benefits, primarily its advantages as a primal antioxidant or primeval antioxidant, and one with extremely low molecular weight and size, allowing it access to many and varied tissues and levels of biochemical activity.

Regardless of the methodology you choose the important facts to remember are that the reproduction of negatively-ionized hydrogen brings us the most powerful antioxidant, a natural alkalizer, an anti-microbial agent, and a way to restore and maintain cellular fluid balance.

The most valuable benefits of seeking out the negative hydrogen substances are improving health, repairing tissue, reducing pain, increasing energy and reversing aging. The cells and the body as a whole are restored to and kept in the healthiest possible state.