You are at:Home»Health & Wellness»Fight Back Against Parkinson’s Disease with Diet and Exercise

Can implementing an exercise routine along with eating a healthy diet and including hormone balancing techniques regenerate the brain’s ability to increase dopamine levels which can have a significant effect on Parkinson’s symptoms along with possibly preventing the disease to begin with?

The medical community says there is no cure to this disease and provides little hope for those inflicted with Parkinson’s. It doesn’t have to be this way if you decide to fight back by focusing on doing the right things and considerable headway can be made to minimize the symptoms that come with this disease.

This article is dedicated to the men and women of “Rock Steady Boxing” in Mesa, Arizona. Mike Butler is a great workout buddy and talented fighter. Mike is one of my current clients and he has tremendous motivation in fighting back against Parkinson’s! 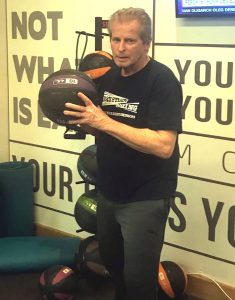 Formula To Succeed with Parkinson’s Disease

What is Parkinson’s Disease?

Parkinson’s a progressive disease of the nervous system marked by tremors, muscular rigidity and slow, imprecise movements which mainly affects middle-aged and elderly people. It is associated with the degeneration of the basal ganglia of the brain and a deficiency of the neurotransmitter called dopamine.

How Parkinson’s Disease Affects The Brain

Parkinson’s is a rapidly progressive disorder which causes a rapid decline if untreated. It affects the basal ganglia part of the brain that controls motor functions and secretes a chemical messenger (neurotransmitter) called dopamine. The lack of dopamine causes loss of nerve-cell transmission and a lack of body movements and motor activity.

My hope in writing this article is to provide knowledge and guidance to middle-aged individuals that have been inflicted with this horrible disease. I also want to educate people who don’t have Parkinson’s disease to possibly prevent it. Even though the medical community says there is no cure, we know enough about the disease to greatly minimize the symptoms. The key areas to focus on are:

The medical community says genetics accounts for only 15% of all Parkinson’s cases. I suspect the culprits are pesticides and processed foods along with the overall health and fitness of the majority of the population. There is very little educational information as to the cause and prevention of Parkinson’s Disease. Preventing these horrible diseases is dependent on educating people about the causes along with prevention tips. 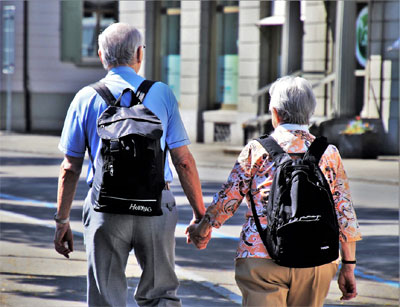 I currently train two men who have Parkinson’s disease. I have developed workouts for each client which attacks the area’s that Parkinson’s affects the body the most. We do cardio and core exercises along with weights and also include lots of stretching and agility exercises. The progress in these men has been amazing! Both of them have doubled their core strength. We lift weights with all of the major muscles and place special emphasis on those areas that are really affected with someone who has Parkinson’s. Lots of core work and lower back training is implemented along with lots of stretching and agility exercises. Building strength in these areas counterbalances what the brain wants them to do.

Parkinson’s Disease is the second most commonly diagnosed neurodegenerative condition behind Alzheimer’s disease. According to the Centers for Disease Control (CDC), it’s the 14th leading cause of death in America, and if that wasn’t scary enough, 64% of patients diagnosed actually die within six years and only 23% of patients live past the ten-year mark. Most of the deaths associated with Parkinson’s are due to complications in the body created by the disease. Currently, over 1 million Americans have Parkinson’s and each year over 60,000 people are diagnosed with it and many others go undiagnosed.

How To Fight Symptoms Caused By Lack of Dopamine

The signs and symptoms of Parkinson’s disease can be different with each person. Early signs may be mild and go unnoticed. Symptoms often begin on one side of the body and usually remain worse on that side, even after symptoms begin to affect both sides.

Parkinson’s Signs and Symptoms May Include: 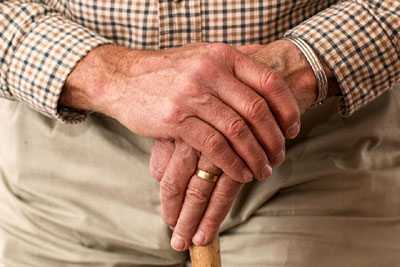 Why Does The Brain’s Dopamine Levels Drop?

Because of the way the body processes dopamine and the various functions that are involved, it can be difficult to pinpoint the exact reason why some people have low levels of dopamine. However, there are various factors that scientists have highlighted that cause low dopamine.

Testosterone – Testosterone and dopamine are intimately connected in a bidirectional relationship. Testosterone regulates dopamine and vice versa. Testosterone profoundly affects many other neurotransmitters as well. However, preliminary evidence shows that low testosterone can have a much more nefarious side and may play a role in Parkinson’s Disease. Of course, Parkinson’s is the well-known condition that afflicts over a million people and is characterized by muscle rigidity and tremors due to the loss of the brain’s dopamine levels.

Stress –  Stress can affect our body in many ways. Although dopamine can help us cope with a reasonable amount of stress, too much stress can have a negative impact on dopamine levels. A study published in the Journal of Neurochemistry said that stress exposure produced a decrease in the amount of dopamine that was produced. 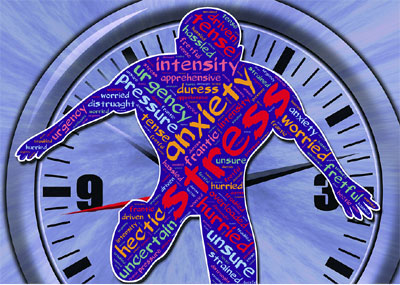 Obesity – Being overweight can also reduce the number of dopamine receptors in the brain. In a study carried out by the Brookhaven National Laboratory, scientists found that in the obese individuals they examined, all of them had fewer dopamine receptors.

Age and Gender – As the body and the brain age, the brain will produce less dopamine. This is obvious from the standpoint that most don’t get Parkinson’s until they get older. Taking proactive steps in increasing one’s dopamine levels is a proactive step in keeping people safe from Parkinson’s.

Having any disease is never any fun. Many Parkinson’s sufferers will sit on the sidelines because they feel helpless in living a normal life. Most of these people usually don’t live longer than 5-6 years with the disease. However, many people with Parkinson’s have been very successful in negating the terrible Parkinson’s symptoms by living a longer and healthier lifestyle which is achieved through exercising and eating a healthy diet. In addition, many others have been successful in minimizing Parkinson’s symptoms through hormone replacement therapy (HRT). Below are several tips to increase your chances of not getting Parkinson’s or reducing the symptoms if you already have it:

Exercise – This is critical in minimizing the symptoms of Parkinson’s. Workouts should be balanced with cardio, core exercises, weight training along with lots of stretching and agility exercises. Walking exercises, with emphasis on the following perfect walking form is also helpful.

Diet – Eating a healthy diet is key in minimizing Parkinson’s affect on the body. A balanced diet consisting of lean protein foods like fish, chicken, turkey and beef. Lots of fruits and vegetables are also recommended as well as whole grain carbs. Stay away from processed foods and sugar. Controlling your weight can minimize the depletion of dopamine in your brain. Dopamine is the brain’s “feel good” chemical which sends feelings of well-being and pleasure to your body. In addition to simply making you feel good, dopamine helps control weight, energy levels, and supports brain and heart health. Without it, we would be fat, unhappy, and tired. But if you know how to increase dopamine levels, you can take advantage of this “feel good” chemical on command. The best part is that you can increase dopamine levels by eating certain foods which are included below:

Is There a Cure for Parkinson’s Disease?

Unfortunately not yet , but you can reduce your risk of getting it by living a healthy lifestyle and maintaining your dopamine levels. If you already have Parkinson’s, you can minimize the symptoms by increasing dopamine, maintaining hormone levels, exercising on a regular basis and eating a healthy diet!

Why Health and Fitness is So Important

Exercise will help prevent Parkinson’s and minimize the symptoms of Parkinson’s. A well-balanced workout routine involving cardio, core exercises, weight training and lots of agility exercises can help maintain the functionality of the body and muscle structure. 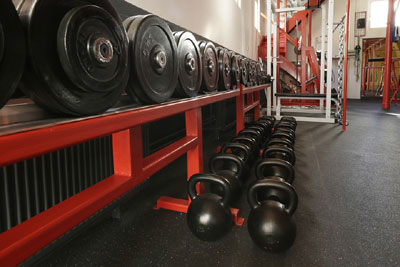 Recent studies and research have indicated that physical activity such as weightlifting training can favorably influence brain plasticity by facilitating neurogenerative, neuroadaptive, and neuroprotective processes. This means that exercise provides the brain with the continuous ability to create new connections between neurons to facilitate learning, critical thinking and memory. These studies have also indicated that weight lifting stimulates the brain’s adaptive capability, which has implications for the prevention and treatment of obesity, cancer, depression, the decline in cognition associated with aging, and neurological disorders such as Parkinson’s disease, Alzheimer’s dementia, ischemic stroke, and head and spinal cord injury.

The benefit of exercising isn’t just for people who already have Parkinson’s disease. People who perform regular exercise are less likely to be diagnosed with the disease to begin with. And if you do develop the disease, you’ll likely progress more slowly than people who don’t perform any exercise at all.

There are many forms of exercise that is beneficial for people who have Parkinson’s disease. Based on my research and practical experience in training people with Parkinson’s, I have discovered some interesting things. First off, if you have Parkinson’s, then having an effective workout program that reduces or eliminates symptoms is key for long-term survival with this disease. Including a fitness routine can also slow down the progression of Parkinson’s disease. A consistent exercise program can help increase dopamine levels in the brain, but also create a sense of well-being in the body. The primary areas targeted in my workout program for people with Parkinson’s disease include:

Core and Stretching – A strong core is vital to minimizing Parkinson’s symptoms and maintaining control of your body. A strong core stabilizes the spinal column which improves the brain’s ability to send signals throughout the entire body. This area is critical for minimizing the symptoms of Parkinson’s.

Agility Exercises – Such as walking (with correct form), using ladder drills, footwork drills and balance techniques. Again, these exercises train the brain through consistent repetition about how you want it to act. Starting is the hardest, but if you stick with it, you will get better.

Weight Training – Weightlifting helps increase the levels of dopamine in the body. If you increase your dopamine levels you’ll decrease your Parkinson’s symptoms along with slowing down the progression of the disease. Your weight training workout should be balanced for it to be effective. I’d recommend implementing different workouts for different muscle groups. Consistent weight training helps train the brain to learn how muscles are used.

I really hope you found this article interesting and were able to learn some important and productive tips to help prevent and combat Parkinson’s disease!