You are at:Home»Health & Wellness»Vicious Cycle Disorders – When Symptoms Exist Below Radar

Over the last thirty years I have had the opportunity to develop and administer programs at some of the most esteemed healthcare facilities in the country. I’ve always been driven to discover explanations for unsolved symptoms. Each newfound awareness offered additional guidelines that I came to embrace as caveats. These caveats emerged from my daily encounters with people who felt that something was just not right.

But it did not end there. Countless other patients who were suffering from common dysfunctions were simply not responding to anything. There was high blood pressure, low blood pressure, diabetes, thyroid problems, irritable bowel syndrome, diarrhea, constipation, and arthritis, not to mention, infertility, chronic infections, fibromyalgia, chronic fatigue, ADD, and acid reflux. I had not even begun to explore the world of chronic degenerative and autoimmune diseases, let alone the cultural stigmas of obesity, heart conditions, and cancer.

As I delved deeper into these problems, a series of caveats began to emerge. These caveats helped me to see beyond physical symptoms, and allowed me to realize that the human experience involved a multifaceted dynamic that included the physical, biochemical, and psycho-emotional-spiritual realms.

The First Caveat: Anything Can Cause Anything
The first and most powerful caveat to emerge dictated awareness and perspective more so than a resolve of specific issues. That caveat is simply, “Anything can cause anything”. A subsequent insight posed another question. If anything can cause anything, then how it is possible to know what is causing what?

For that reason, I initiated a study of the laws of cause and effect and discovered a seemingly illogical and disturbing predicament. Cause and effect are predictable in the physical realm, which includes everything that can be experienced with the five senses. This is the domain of the material world.

The Second Caveat: For Every Action There Is a Reaction
As I attempted to apply these same methods of analysis to the unseen realms, I encountered a small problem. They do not work the same way and are far less predictable. Even less predictable was my attempt to correlate cause and effect between or among realms. Regardless of this detail, these methods did work to the extent that they unveiled another tier of knowledge in the form of another caveat; “For every action there is a reaction.” But that caveat had a dark side. It was not just only or always an equal and opposite reaction. 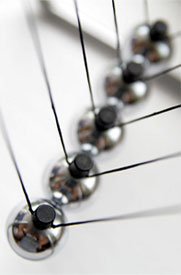 For example, the biochemical realm is transitional in nature. Certain aspects of this realm are tangible and observable, while others just seem to unexpectedly appear. Consider the more than 60 trillion cells that comprise our physical bodies. This unimaginable number arises predictably, yet without explanation, from one single cell after only fifty replications into 250 different types of cells. Each of these cells performs 6 trillion functions per second with no obvious instruction or apparent intervention.

However, directing the body’s ability to respond does not coincide with creating or controlling the actual nature of the responses. The autonomic or automatic aspect of the nervous system governs these replies. Its counterpart, the voluntary nervous system, enacts the choices we make. Therefore, actions can be chosen that will employ both aspects of the nervous system, but conscious control can only be asserted over one part of the interaction via the voluntary nervous system. But conscious control over the automatic activities producing the response cannot be exerted.

Thus, both the body and the related biochemistry maintain intrinsic self-rule, while exhibiting a paradoxical relationship to cause and effect. When you choose the behavior, you choose the consequences, has been popularized by television’s pop psychology icon, Dr. Phil. Certainly, this holds true for the net effect it will have on the physical experience of the body. Indulging occasionally is certainly not a recipe for disaster, but habitual behavior based upon repetitive choices produces a net result in the form of recurrent experiences.

So, basing treatment protocols exclusively on the presence of any particular group of symptoms results in a highly unproductive and unpredictable attempt to resolve a condition.

The Third Caveat: Everything Works
There is a reaction for every action. However, because it is not necessarily an equal and opposite reaction, not everything works for everybody. Nor does every action produce the same reaction. Everything works most effectively when it is applied to a specific set of circumstances for which it is most indicated. For instance, antibiotics work well in general, but they may not be appropriate for symptoms of a cold. Nor will they necessarily be effective against all bacteria, or for all people with bacterial infections. The same non-specific responses are seen for virtually every pharmaceutical, exercise program, diet, and stress management technique currently available.

So, despite the fact that biochemistry conforms to a somewhat linear model of observation and function (that of cause and effect), it remains a transitional arena linking the physical with the unseen realms. As a result, part of this realm is observable and explainable, while the other is still a mystery rooted in yet another realm, that of the unseen.

The best information currently available suggests that genetics, environment, and stress dictate quality of life. However from a quantum point of view, genetics merely represent a tentative expression of potential, while stress is manageable and environment is changeable.

The Fourth Caveat: There are no Panaceas
This caveat is directly related to the one that precedes it but more clearly defines the need to understand the cause when attempting to resolve a symptom complex. It also clearly demonstrates the dilemma associated with attempts to remedy healthcare concerns utilizing symptoms as the exclusive determining factor in selecting an approach to treatment.

Since anything can cause anything and everything works, the ultimate challenge is in opting for an action that produces a reaction specific to the cause of the problem. Then, and only then, can a cure be achieved, which in no way qualifies as a panacea for other like-symptoms? In the absence of a cause specific cure the best that can be achieved, in terms of resolving healthcare problems, is the successful result of relieving or improving symptoms through the application of substances or procedures that have consistently demonstrated an effective outcome in a given situation. 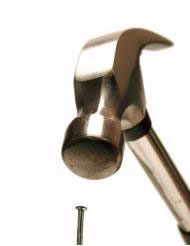 This caveat accounts for the vast range of opinions available in response to questions about why someone is experiencing what they are experiencing. Each area of specialization in the healing arts has a distinctive rationale associated with it. Opinions regarding the cause and course of treatment for any given healthcare concern will vary according to the bias related to the particular discipline of the health care professional from whom you seek advice.

For example, a person with back pain will have a surplus of advice to choose from depending upon whom they consult for guidance. Every discipline has an intrinsic belief system associated with their approach to any given set of symptoms. The recommendations for managing back pain will be very different depending upon who is consulted. A Podiatrist sees the feet as the cause. A massage therapist sees the muscles as the source of the pain. A Neurologist sees nerves, an orthopedic surgeon sees the spine, a Neurosurgeon sees the structures inside the spine, a Chiropractor sees the vertebrae, a psychologist sees the emotions, and a psychiatrist sees the mind. While these all potentially play a role in contributing to the symptoms of back pain, the inevitable cause may be somewhere entirely unrelated. If it was all as simple as one cause, one cure there would be far fewer health care professionals and far less back pain.

The Sixth Caveat: When You Hear Hoof Beats, Look For Horses
“Whatever is given attention becomes more apparent”, and/or “Whatever is resisted persists”. Keep in mind that resistance is a form of attention that causes the object of attention to proliferate. Thus another caveat materialized: “When you hear hoof beats, look for horses”. In other words, start where you are, and look where you want to go. Between here and there is the next step in the process. Fundamentally, this is the initial step in the process of classical differential diagnosis.

This caveat suggests that when a patient is experiencing a physical symptom, a physical examination is indicated as the initial effort in establishing the source of their concerns. But usually it stops there. The use of the hoof beats caveat merely represents a starting point for ruling out potential causes and serves as a compass for guiding one through the maze of probabilities.

The Seventh Caveat: Everything Is What It Isn’t
The practice of homeopathy is the therapeutic embodiment of the “everything is what it isn’t” concept. This system of healing utilizes minuscule dosages of a material, which in excess would cause a disease, but actually becomes a remedy in therapeutic dosages. And so it is both a cause and a cure. It is what it isn’t. When coupled with the realization that when you change the way you look at things the things you look at change everything in the visible universe becomes suspect. Integrating this fact with the other caveats provides us with a tangible model for evaluating any situation or circumstance, as well as, any condition or symptom.

But what about all those people being plagued by unresolved symptoms, symptoms of imbalance, dysfunction, and deficiency. If what these unresolved cases had in common were symptoms and these symptoms were simply the effects of an underlying cause, then the obvious next step in the process was to develop an approach for identifying the cause that produced the effect.

Perhaps these seemingly illusive symptoms were merely an attempt on the part of the body to communicate distress? What if these effects, displayed as vague symptoms, had been erroneously mislabeled as “endgame” disease processes? What if these indistinct expressions of an organism in trouble are not specifically related to an identifiable “cause”? Could they simply represent the outcry of a process beginning to accumulate and develop momentum? Left unrecognized and unidentified, is it possible that these processes could eventually lead to a more familiar entity known as a diagnosable disease? The first step must be to isolate the cause of an effect to one of the three realms, or to a dysfunction amongst the realms.

Patients experiencing these illusive symptoms are suffering from Vicious Cycle Disorders (VCD). The patients with VCD are experiencing sub-clinical disorders. This means that the source of the symptoms exists below the radar of conventional inspection and the cause of their concerns is less than apparent and unobservable.

The symptoms associated with these disruptions are traditionally labeled “idiopathic”, or of unknown origin. This means you have the symptoms, but we don’t know where they came from, or why you have them. Nonetheless, they exist; they are real, but they evade uncomplicated recognition by concealing themselves as vague indications that something is wrong.

Most often, these patients are told that all their tests are normal, there is nothing wrong that can be seen, let’s just wait, and watch, or it’s all in your head. Frequently, they are told that nothing is wrong, but they instinctively know that something isn’t right.