The Healbe GoBe Body Manager band is a wearable health tracker which uses three different sensors to track calorie intake, calories burned, heart rate, stress levels, hydration levels and sleep status. Personally, I’m a big fan of wearing a health tracker since it can be very beneficial to anyone who is interested in living a healthier lifestyle. It’s kind of like having your own personal trainer and dietitian right there beside you reminding you to keep on “track” at all times (no pun intended). However, I am not completely satisfied with this particular body manager band since I was expecting a lot more from it and I’m a bit disappointed. 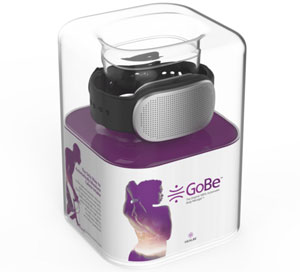 I will cover some highlights about several of the tracking areas and definitely some specific things that I would like to have on a fitness tracking band. However, there were also many times where I wanted to either laugh at the data calculated or throw the band off a very high balcony. It’s funny because the band does measure stress levels and I noticed that my stress level did increase when I had to deal with the frustrating features which are not discussed in the user manual.

Positive Features of the Healbe GoBe
While wearing the Healbe GoBe for over three weeks it did help me easily calculate my overall calorie intake and activity levels. I was able to track the amount of steps and miles covered during the day which motivated me to increase my activity.

This is a snapshot from my online profile. You can view more information when you login to a computer vs. just looking at the app on your phone.

I was also able to hold myself accountable for how many calories I consumed each day without having to enter every single little food item. As long as you are someone like me, who pretty much eats the same things each day (with some exceptions on weekends), then it is easy. I used the app on my phone to select the size of my meals, 100-300 calories for smaller meals, 300-600 calories for normal meals, and 600-800 calories for larger meals. It wasn’t exact but for a quick entry it was easy to use and not very time-consuming as calorie counting can be. 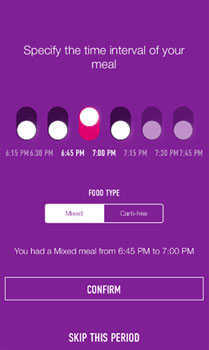 I also mainly eat low-carb meals so there was the option of selecting the type of meal I had during the specified time period. It was helpful to see the connection between the caloric intake and the expenditure of my activity. This is also something that saves time and it was easy to keep track of using the app and band. The other positive experience I had was setting up my account. You have to download the app so make sure you have the latest update on your phone so you can download it without issues. It was a normal process where you enter your email and create a password. It then had me enter my height, weight, arm length, step length, systolic/diastolic pressure, overall health level, and diet (mixed food/carb free).

Negative Features of the Healbe GoBe
It’s a good thing that I am a patient person and that I am technologically savvy because I wouldn’t have anything positive to say if I wasn’t. After downloading the app and having an easy experience with that, I had to connect my device which ended up being an arduous process. During this time, I was required to enter a “PUK” code (which I kindly named the “PUKE” code). It says to put in a 6-digit code and that’s exactly what I did but it said that I had the wrong code. I then emailed the company to request a new “PUK” code and waited over 3 days to hear a response. Finally, they sent me this crazy long code to enter. Luckily the copy and paste feature did work. 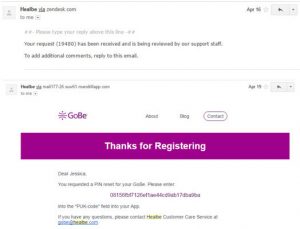 Then it was time to put on my Healbe GoBe which I thought would be easy. Unfortunately, this was not the case! There is a little connector piece that you have to put on so that the sensor works properly with your wrist, but that little piece kept popping off. I did get quite a workout chasing after the thing each time it popped off the device so I guess that was a positive 🙂 I finally gave up after a dozen times of trying to get it to stay on. I then put on the band hoping it would still make a connection and luckily it did. That little plastic piece, as far as I am concerned, is not necessary at all and it doesn’t fit. 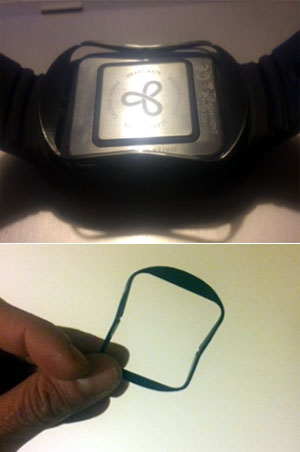 Comfort of Band and Syncing
When putting on the band I noticed that it did fit securely but it was huge on my wrist (I’m a woman) and it took me a while to get used to. The syncing was quick at first, but there were days when I had to press the button several times and wait for it to sync. There were also times when it was unable to read my heart rate even though I had it securely on my wrist and had it synced with my phone. I even did the updates which also take quite a bit of time. I actually had to charge the band every day versus every 2 days as stated in the manual. 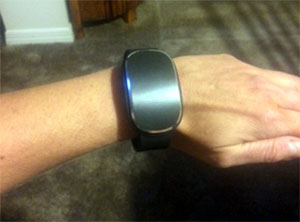 Sleep Feature
Since it was large and heavy on my arm it did take some time to get used to sleeping with it on. After a few days I did get used to it and hardly noticed it was there. When I woke up each morning I would check my sleep data and to my surprise I noticed that there were times when my heart was at risk and the graph read that I had arrhythmia and bradycardia. Since there were times when it was not reading my heart rate (guess that little plastic piece is needed) I didn’t worry about my heart beating too slowly or having a block. 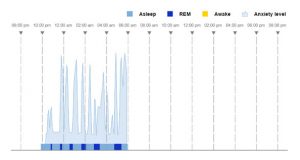 Hydration Level
I thought this would be a great feature. The helpful thing about the Healbe GoBe is the reminder feature and when I was low on hydration it would vibrate reminding me to drink water. I would then re-hydrate and it would still say that I was low but at least I tried. Then one day I had to chuckle a bit about the data I read. I was about to go on a run and the band said my hydration level was low so I drank a lot of water hoping to get my hydration level up. I gave up and decided to run anyways. I was outside, and since I live in Florida, I was pretty much drenched in sweat. When I checked my hydration level right after my run it said that my level was normal! Was the band reading my sweat level or hydration level? 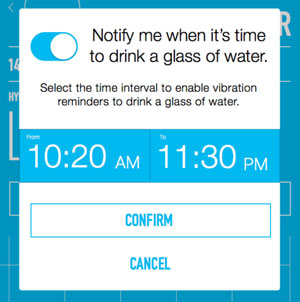 Final Thoughts
First, it is important to note that I am huge supporter of fitness tracking devices and wearable body manager bands. Having a way to track your activity and caloric intake helps me stay on track and hold myself accountable. Unfortunately, the Healbe GoBe did not work very well for me and I would not recommend it to a friend. I feel that the data was not accurate and there were times when the device was not syncing properly. I had to charge the device every day and there were times when I had to charge it after coming home from work.

Towards the end, the connectors on the device were not connecting to the charging station and I had to play around with it for almost 20 minutes to get it to work. I really need a wearable fitness tracking device that is easy to use, works properly and keeps accurate data. I feel that the Healbe GoBe rates very low in these areas and I give it a rating of 2 stars for the shortcomings I’ve explained in this review.

Product Update (5-24-2016)
The Healbe team contacted us about the issues our reviewer had with the device and provided some helpful feedback to assist anyone else who happens to run into the same issues. Their feedback is included below:

Complications sometimes occur when the latest version of the app is not being used with the most up-to-date firmware. It appears from the screen shots that the device was using older firmware. The most recent version was released at the end of April.

How To Update The Device’s Firmware and Install Future Firmware Updates
IMPORTANT: Updating the firmware will erase any data your GoBe has recorded for the day, so be sure to begin the installation first thing in the morning!

As for the issues with hydration level tracking, our team is working on that. Sometimes, resetting the device provides a quick fix for this issue, however it’s a bug that’s being addressed by our R+D team.