You are at:Home»Supplements»Methylsulfonylmethane – Facts and Information about MSM

Anyone who’s been around the gym for any length of time has likely become jaded with the constant barrage of super nutrients designed to miraculously convert our diligent efforts into the sleek and powerful machine we envisioned when we undertook the training task.

Notwithstanding the role of genetics, in the final analysis there is no substitute for training hard and heavy, eating a balanced diet, getting proper rest and recovery, drinking plenty of water, and supplementing with the essential nutrients.

Obviously, the macronutrient support must come primarily from the diet in the form of protein, complex carbohydrates, and fats. Heavy training and muscular growth requires supplemental protein. These are the basic facts, which participants in the iron game have come to accept as gospel.

But, the truth beyond the basics too often becomes a crapshoot with the one who has the gold making the rules and dictating the convincing market-mania, which attracts the money from our wallets like bees to honey.

In our search for the Holy Grail of bigger, stronger, faster, leaner, we frequently succumb to these obscure panaceas while overlooking the obvious. Never has this been truer than in the case of the essential element MSM (methyl sulfonyl methane).

MSM is a white, odorless, nonmetallic organic crystalline compound, which is derived as a metabolite from dimethyl-sulfoxide (DMSO). Approximately one-third of this compound is organic sulfur, utilized by the body to REGULATE ENERGY, DEHYDRATION AND DETOXIFICATION.

It works by making the cell membranes more permeable which allows nutrients in and waste products out of the cell. Since sulfur is critical to the formation of skin cells, when adequate sulfur is present the new skin formed is softer, smoother, and more permeable as well. This permits the sweat glands to eliminate the excess cellular waste rather than overburdening the kidneys or liver. 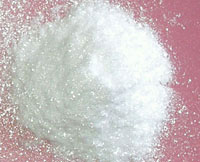 As the third most plentiful mineral in the human body, sulfur is found in every cell of the body. In fact, it is required to build healthy cells and tissue. Cartilage and connective tissue are formed primarily from collagen, which requires organic sulfur to be created by the body.

Aside from the normal wear and tear on the joints of the body produced by the aging process, when you combine a sulfur deficiency with heavy training you are insuring inevitable muscle and joint problems as your soft tissue dehydrates, losing flexibility and permeability. As the cells of these tissues become polluted with waste the acid debris begins to irritate and inflame. Add a change in barometric pressure and the cells inflate causing pressure on surrounding nerves resulting in aches and pains, which just won’t go away.

Anti-inflammatory use offers a short-term solution as they soothe the symptoms of the problem temporarily; however, they also provide long-term side effects in the form of gastrointestinal bleeding, kidney malfunction, and dependency.

While this mineral was meant to be derived primarily from dietary sources of meat, poultry, dairy, and eggs the progressive demineralization of the soil combined with MODERN food processing and cooking techniques (such as washing, cooking and steaming) and fad diets has all but eliminated any viable sources of dietary sulfur.

To understand MSM, some background information is necessary. MSM is a “naturally occurring nutrient found in normal human diets”. It gets into the diet through the sulfur cycle. Ocean plankton release sulfur compounds which rise into the ozone where ultraviolet light makes MSM and DMSO. DMSO, dimethyl sulfoxide, is a precursor to MSM. MSM and DMSO return to the surface of the earth in rain. Plants concentrate MSM and return it to the earth and the sea. Evaporation into the air results in their return to the earth.

MSM has a unique action on body tissues. It decreases the pressure inside the cell. In removing fluids and toxins, sulfur affects the cell membrane. MSM is an organic form of sulfur, whereas sulfites in foodstuffs are inorganic. Sulfur is present in all cells and is in the form of organic compounds throughout the body. However, sulfur can be found in the body in sulfate forms. It forms sulfate compounds with sodium, potassium, magnesium, and selenium. MSM has significance, because sulfur compounds are found everywhere throughout the body and in nature.

Sulfur has an indirect importance, because sulfur compounds play a role in many body organs and systems. Sulfur is in the hair, skin, and nails. Many amino acids, the building blocks of protein, have sulfur as a component. Taurine is a sulfur-containing amino acid formed from methionine. Taurine stabilizes cell membranes. Methionine contains sulfur, detoxifies cells, and is involved in pain relief. Carnitine comes from methionine and transports long chain fatty acids preventing accumulations of lipoproteins. Many B-complex vitamins interact with or contain sulfur. Sulfur is needed for insulin production. 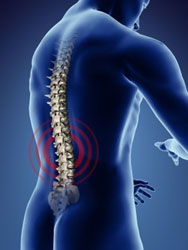 One current use of MSM is for joint problems, as sulfur is found in and near osseous structures. Sulfur supports healthy muscles, tendons, and ligaments. Arthritic conditions have responded to oral MSM. Some researchers note results from MSM when used for post-exercise muscle pain. MSM normalizes pressure inside cells and removes toxins. Oregon Health Sciences University has conducted arthritis studies with mice. The mice which received MSM had “no degeneration of articular cartilage”. The other non-MSM mice had cartilaginous degeneration. The university has used MSM on over 12,000 patents. Researchers make no claim about MSM as a supplement, but osteoarthritis, rheumatoid arthritis, muscle soreness and muscle pain respond to oral MSM.

In addition to arthritis, it may have other future uses. In fact, most people are deficient in sulfur. Insulin synthesis depends upon sulfur. Many vitamins require or contain sulfur. Some researchers claim it has many future uses such as in allergies.

A good MSM product is both safe and effective. The MSM source for MSM supplements is often lignin from pine trees. Lignin is a molecule in plants that is part of a plant’s cell wall. Lignin oxidation in oak wine barrels results in the vanilla flavors of wines. The pine tree lignin is an ideal source for a good MSM product.

For those who do not want to take MSM as a supplement, food sources of sulfur are as follows: sunflower seeds, garlic, lentils, soybeans, and yogurt. Persons with kidney problems or recurrent kidney stones may not want to take MSM. Certain renal tubular defects can make a person susceptible to recurrent kidney stones. Other kidney defects include errors of metabolism in which processing of sulfur amino acids is altered. Such persons may wish to avoid MSM.

One thousand to three thousand milligrams per day is a typical dosage range, but some people take well above that amount. This author takes MSM alone. From the cell walls of pine trees to the cells of the human body, a good MSM supplement can contribute to good health.

Methylsulfonylmethane is a relatively new dietary supplement form of sulfur that is found in our living tissues. MSM supports healthy connective tissues like tendons, ligaments, and muscle. Thus, it is important in conditions such as arthritis, muscle pains, bursitis, etc. MSM should be considered an integral part of any health care practice because of its physiological action, indirect importance, and current / future uses. 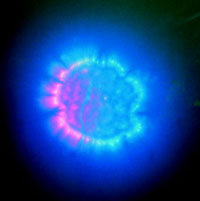 A body made up of healthy, flexible cells will not only feel better, it will look better too. The body is continuously at work replacing old, worn out cells with new ones. The process goes on 24 hours a day, 7 days a week, without stop. When all the raw materials needed for cell-building are available, it is a very efficient process. When there are deficiencies, the new cells may be weak, rigid or deformed.

MSM is not a medicine, a drug, or a food additive. It is a food. MSM is an organic form of sulfur that can be easily absorbed and utilized by the body. Since sulfur is a component of all cells, it is essential that the body have a plentiful supply of this mineral in its usable form.

There is a positive synergistic effect on building healthier cells when MSM is taken in combination with vitamin C. The new cells are more pliable and permeable, allowing fluids to pass through the tissue more easily. Internally this means more efficient elimination of toxins, a reduction in inflammation and pain – so you feel better. On the outside it shows up as a softer, smoother complexion, stronger hair and nails – so you look better.

So, if you truly want to experience more energy and achieve consistent results while minimizing the nagging obstacles of potential injuries, consider adding organic sulfur to your diet in the form of MSM today!