You are at:Home»Weight Loss»Science of Successful Weight Loss with Tips To Keep It Off

Most people make some attempt to alter their weight at some point in their lives. These attempts occur for a variety of reasons ranging from vanity to improving overall health, appearance, or general well-being. However, most approach weight loss as though the weight gain is a disease rather than merely a symptom of imbalances or deficiencies in various areas of their lives.

Consequently, the attempts to lose weight are frequently directed toward treating the effects of previously counterproductive habits, behaviors, and choices. In other words, they attempt to treat the symptom of weight gain, rather than attempting to identify the cause.

Low Fat Foods DON’T WORK.
You cannot lose weight using Low Fat Diets. Low fat foods have been popular for more than 15 years, but yet our society is getting more overweight as each year passes. This fact alone should tell you that eating a purely low-fat menu is not the answer to losing weight.

Low Calorie Diets DON’T WORK.
You won’t lose weight using a Low Calorie Dieting Plan either. In fact, eating low calories is the worst thing that you can do to your body, since that will only slow down your body’s fat burning engine and ruin all chances of losing weight (low-calorie diets may allow a few pounds of weight loss for the first few days, but then after that all weight loss comes to a halt (known as a dieting plateau). You can never get slim by starving yourself. 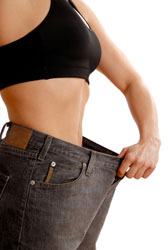 You’ll probably find it extremely difficult to get slim using a Low Carb Dieting Plan. Low carb diets have recently become popular over the last couple years, but the problem with low carb menus is that they are too strict and TOO HARD TO FOLLOW for average people. Low carb menus tend to rob your body of too much energy and make it nearly impossible to remain on the program for very long. This is why so many dieters find it difficult to follow a strict low carbohydrate menu.

FOOD is more powerful than any prescription weight loss pills, because the FOOD you eat can make you fat or thin. You don’t get fat because of a lack of exercising, that’s a myth. You get fat because you don’t eat the right foods at the right intervals each day.

The pattern that you choose to eat your meals each day is more powerful than any prescription weight loss pills. This is true because your body is like an “engine” and it only needs certain foods at certain intervals each day, and if you don’t eat the right foods at the right times then it won’t burn those calories — and you’ll wind up storing those calories as fat tissue.

But Guess What?
You can get SLIM by eating the RIGHT FOODS at the RIGHT INTERVALS each day.
It’s not really any more complicated than that, and the way to start losing weight has nothing to do with starving yourself or jogging.

I Thought Fewer Calories Were The Answer?
If you eat fewer calories each day, your body may end up burning lean muscle tissue which will decrease your overall metabolic rate and thus decrease the amount of calories needed per day. That’s probably why you have failed in your past dieting attempts and that’s why you always seem to fail when you try and starve yourself. 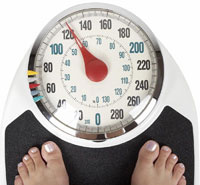 Virtually every person in today’s society is buying mostly “low-fat” or “non fat” food at the grocery store. Everybody is conscious of the “fat grams” inside the food they buy. However, people are getting fatter than ever by doing this and people are not losing weight by switching to the “low-fat lifestyle”.

Forget about your past dieting failures for a moment. Believe it or not it’s really possible to change your body over the next several months, and it has NOTHING to do with positive thinking or dieting!

FOOD Is NOT Your Enemy
Your brain controls the release of fat burning hormones after each meal. Every time you eat something there are 2 types of hormones released into your bloodstream, and together they control fat burning and fat storage. These 2 hormones are controlled by the foods that you eat.

Your Diet Manipulates Fat Burning HORMONES
Your diet manipulates these hormones, so depending upon what and when you eat your body will produce a greater quantity of Fat Burning Hormones. At the same time Fat Storing Hormones are MINIMIZED. That’s why, if you eat MORE THAN 3 TIMES PER DAY you’ll begin to alter these hormones and be able to eat MORE than 3 times per day.

So If Food Is Not The Enemy, Then What Is It?
Food is like a LIGHT SWITCH which can turn Fat Burning ON or OFF. Even though it may seem like a contradiction to say that eating more often is the solution to weight loss the fact is that it works.

Of course, you must eat the right meals in the right patterns each day. The bottom line is that you’ll be eating MORE than 3 meals per day. Eating less is NOT THE ANSWER so the solution must be something totally different.

Why Am I Overweight?
You are overweight for the most simple of reasons because you’re eating the wrong foods, the wrong types of calories per meal, and you’re also eating meals in the wrong patterns each day.

The Shifting Calories Theory
Your metabolism doesn’t know how much food you’ll eat tomorrow or the next day because those days have not happened yet. Therefore, your metabolism always burns calories based on your eating habits during the past few days — because it assumes that you’ll continue to eat in the same general way. 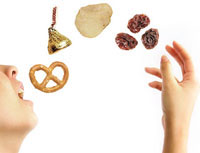 Guess what? If you shock your metabolism by doing something you’ve never tried before — you’re going to do the OPPOSITE of what it expects you to do and get the opposite results. By NOT continuing to eat the same types of calories and meals for more than a couple of days at a time you’re going to lose a lot of weight – fast.

To make this work you need to SHIFT the types of calories eaten and if you do this then your metabolism will burn all of the calories eaten. Then, when it finishes burning those calories it will find the nearest available fat tissue on your body and burn that too!

So Just Try This For A Few Days
Obviously, it would be difficult, at best, to prescribe as specific regime for everyone reading this article without some additional information. But, if you want to test the concept just try the following general prescription for the next few days.

Over the next few days do the following: